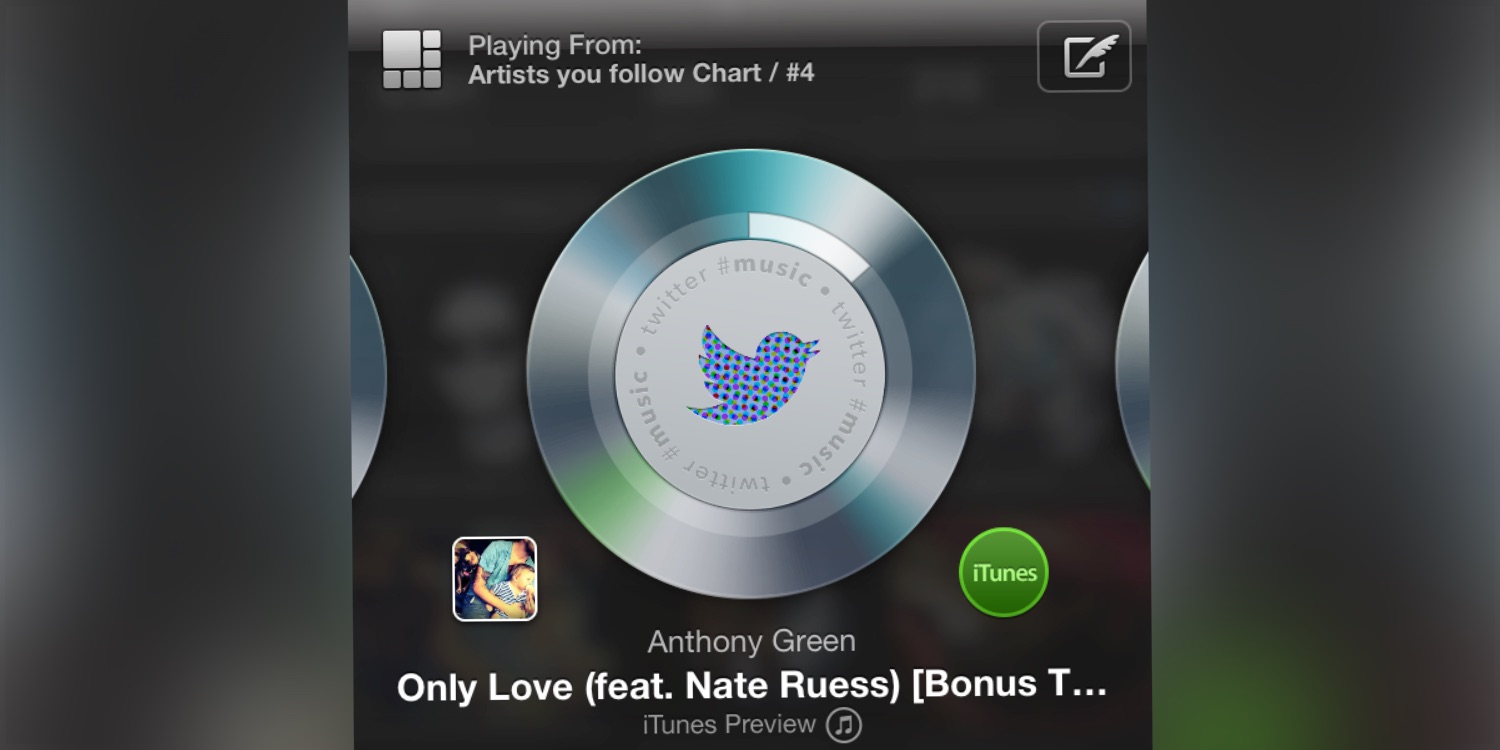 While Facebook has integrated services like Spotify and Rdio into the News Feed, Twitter’s dedicated iPhone app creates a much more personal experience using the same services.

You can log in to Twitter #music choosing from the accounts already connected to iOS, which I find to be very convenient, or you can log in manually if you prefer. 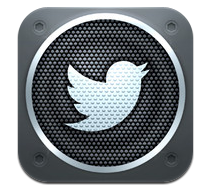 Once your account is connected, Twitter #music presents you accounts you follow that it believes to be musicians. You can also view and listen to artists promoted by Twitter, up and coming artists, or artists suggested based on those you already follow.

Tapping on an artist plays a brief sample of their music provided by iTunes, and logging in with Spotify or Rdio will unlock the full song. If you like what you hear, tapping the iTunes button prompts the song’s product page right in the app, allowing you to purchase the song in what is a very fluid experience.

Twitter #music includes a search feature allowing you to build the catalog of artists you follow on Twitter. When you view an artist’s profile in Twitter #music, you can easily view other bands or groups that the artist follows. 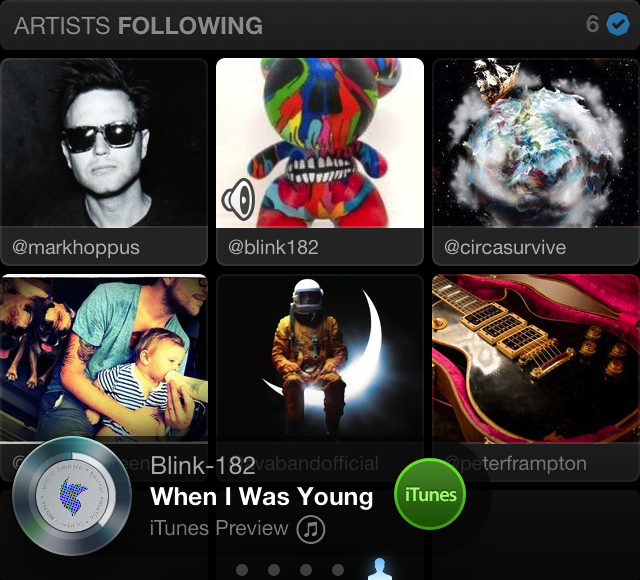 Assuming the artist has a URL in their profile, you can even view their website right in the Twitter #music app.

While Twitter #music currently only supports iTunes Previews, Spotify, and Rdio, Twitter suggests on its blog that it may integrate more services in the future.

Overall, Twitter #music demonstrates a great degree of polish and swiftness. Unlike its Twitter apps, Twitter #music isn’t shy about having a little design personality while still maintaining more than enough branding presence. For example, Twitter’s iconic hashtag is seen throughout the app. The app’s name on your homescreen simply reads “#music”.

Perhaps we will see some of its influence spill over to Twitter for iPhone someday, but maybe with fewer hashtags.

Twitter #music is available now for iPhone on the App Store.