According to a new report by MacOtakara, the iPad Pro will represent a change over previous rumored specs. A list of publications including the Wall St. Journal and Bloomberg had pegged the display of the iPad Pro at 12.9-inches but today’s report says it is a smaller 12.2 inches (remarkably close to the rumored upcoming Retina MacBook Air). 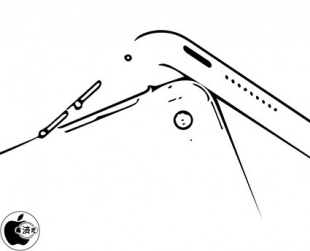 The Japanese website compares the iPad Pro to Microsoft’s Surface implying that the preferred method of use will be landscape instead of portrait which has been the default iPad orientation since its 2010 inception. Indeed, the iPad Pro is said to have stereo speakers on the top/bottom or left right depending on orientation. The iSight camera, Lightning connector, and Touch ID home button position will not change however.

As for the “all important” thickness, it is said to be somewhere between the current iPad Air 2/iPhone 6 and iPhone 6 Plus which would put it near 7mm.

Interestingly, this chassis is compared to the upcoming Quanta built MacBook Air which could in fact share the same exact retina display.

The iPad Pro is due early 2015 after an original December  delay was reported by the WSJ and KGI.