9to5Mac has now learned from internal hiring documents that Apple is recruiting retail candidates this month with “a fashion or luxury background” suggesting Apple is preparing to deliver some changes to its retail stores in time for the Apple Watch’s early 2015 debut. With former Burberry CEO Angela Ahrendts leading Apple’s retail efforts and the Apple Watch set to transform the Apple Store into a jewelry store, what could a potential Apple Store makeover include?

Aside from beefing up on how much of its staff is well versed in fashion and luxury lingo, there’s potential for greater changes in 2015 for Apple’s retail stores as it presents the Apple Watch to the world.

For starters, there are an awful lot of Apple Watches from which to choose. Apple has admitted as much while highlighting the personalization that is necessary for a successful wearable device. Back in October, Apple SVP of Design Jony Ive described the need for various appearances of the Apple Watch when speaking at San Francisco’s Museum of Modern Art:

As soon as something is worn, we have expectations of choice,” said Ive. Only “in prison,” he joked, do people all wear the same thing.

As Apple has shown off the Apple Watch at its announcement event and at Colette, we’ve seen one possible approach Apple could take at its retail stores to presenting the various Apple Watch collections to consumers: behind glass in Apple Store-style tables. 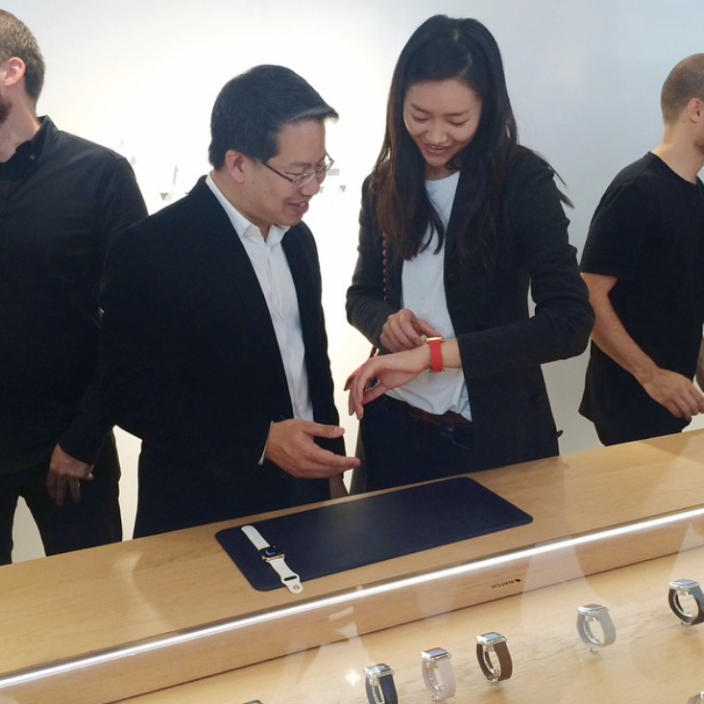 We first saw these tables holding Apple Watches in September from the press and employee “hands-on” area after the iPhone/Watch event.

While this style of presentation seems to address the presentation problem, shoppers will also want to try on the various Apple Watch styles and interact with the software, and from the looks of today’s hiring news, it sounds like Apple wants to do this right.

One could imagine a display similar to the ones in the photos above with easy access for Apple Store employees to remove specific Apple Watches for trying on. Such an effort would require more staffing, but the approach might be more secure than simply anchoring Apple Watch’s to alarm systems like iPhones and iPads on display in Apple Stores.

To tackle the teaching angle, Apple could leverage ongoing demonstrations at dedicated tables to continuously talk about the Apple Watch and its various features.

Apple has saved announcing the exact price range of the various Apple Watch models (only officially sharing that it will begin at $350), but some reports believe Apple’s gold “Edition” version could retail for several thousand dollars. While Apple already sells iMacs and Mac Pros priced at several thousand dollars, you’re not walking out with one on in your pocket or on your wrist even if you ignore the alarm system.

Perhaps Apple will present the lesser priced Apple Watches on the floor for most customers to try on (with anchored alarms) and save the much higher priced versions for trying on by request under supervision. Pricing will be important here as the luxury-priced materials could understandably warrant a different approach to displaying the Apple Watch.

Regardless of how Apple presents the more expensive Apple Watch collections, and today’s hiring news certainly suggests it will take an approach similar to other luxury brand retailers, you can almost certainly expect Apple’s approach to have its own unique spin that differs from any existing jewelry retailer already in business. 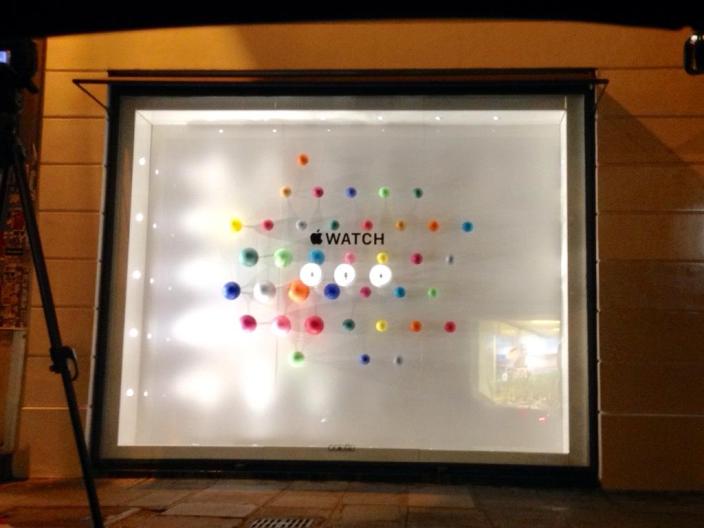 Aside from recruiting retail staff with experience in luxury and fashion, Apple has had its upcoming Watch highlighted by the cover of Vogue China and Vogue’s editor Anna Wintour and CEO of Colette present at the Apple Watch appearance at Fashion Week in Paris.

Angela Ahrendts already tipped her hand that the Apple Watch will be hitting retail in the “spring” which may come later than what others deciphered from Apple’s “early 2015” promise, but in the meantime today’s recruitment news let’s us know that Apple is preparing for a bigger change at its stores as it readies for presenting itself as a luxury retailer more so than ever before.