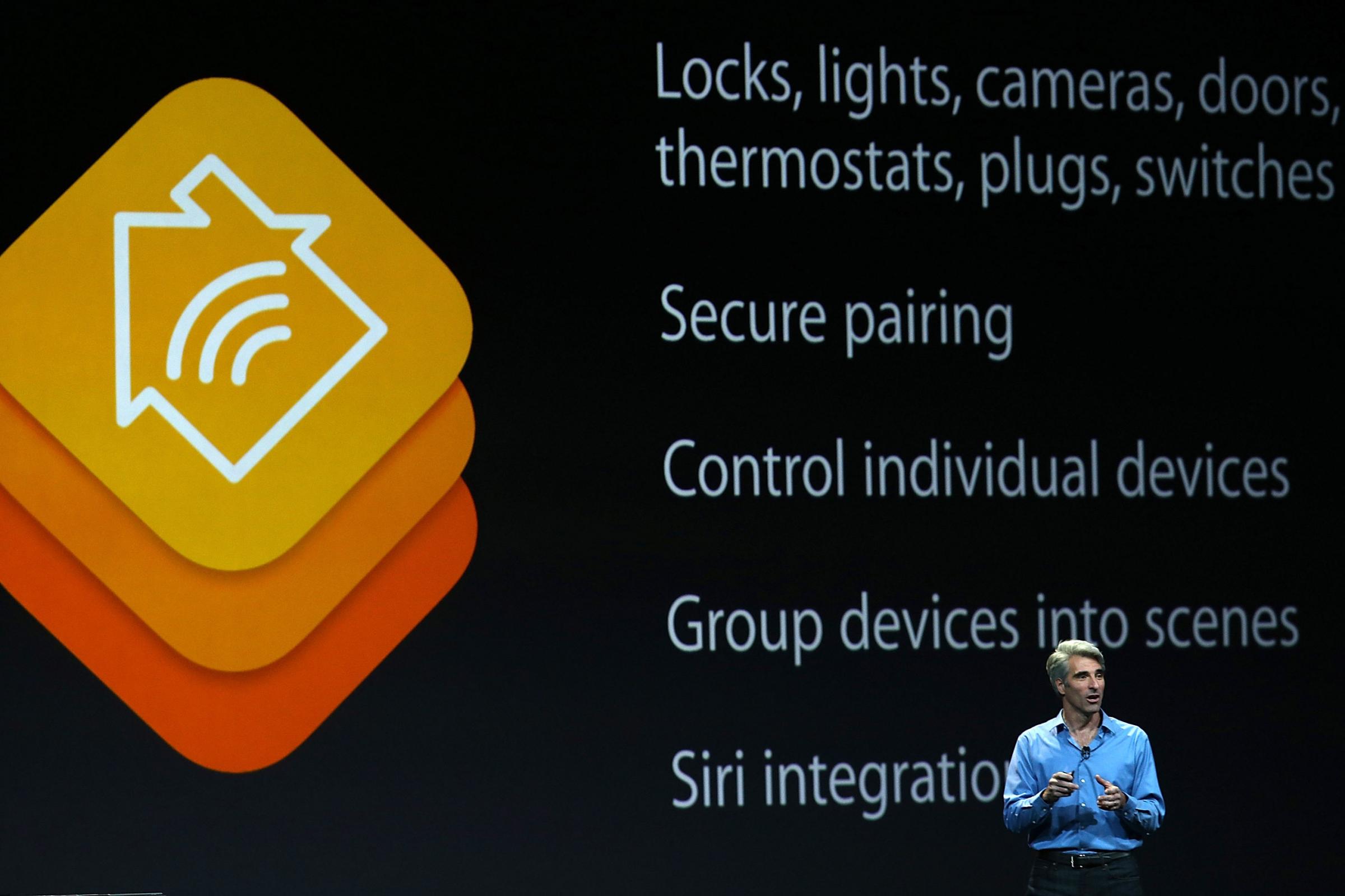 Apple’s plan to manage upcoming HomeKit-compatible accessories could revolve around a new iOS app called “Home,” according to sources familiar with the app. Introduced at last year’s Worldwide Developers Conference, HomeKit is an Apple initiative designed to encourage accessory makers to integrate “connected home” accessories such as Wi-Fi garage door openers, smart thermostats akin to Nest’s Learning Thermostat, and wireless door locks with iPhones and iPads. Using Siri or the Home app, users will be able to remotely control parts of their homes directly from iOS devices…

While HomeKit’s capabilities are interesting in theory, they have only been modestly demonstrated due to ongoing development delays, reportedly including HomeKit-specific code that will be embedded in new accessories. But according to a source, Apple has quietly continued to work on the HomeKit framework and Home app, which could shown alongside iOS 9 at WWDC. The Home application is currently represented by a “house” glyph atop a dark yellow background, and is said to be “fairly basic” in its functionality, including:

Just as Apple’s HealthKit framework worked with the Health app to create a signature new iOS 8 feature, HomeKit will rely in part upon the Home app to securely manage a connected home full of accessories and data. Indeed, a major HomeKit manufacturer has told us that its accessories do not have a release date, as “our launch timing is greatly dependent on Apple’s launch.”

While the new Home app is currently embedded in iOS 9 builds for Apple employees, sources have warned that the Home app’s currently minimal functionality may indicate that it is not ready to show to the public, and so it remains unclear whether it will be announced at WWDC in June. It is also possible that the new Home app could remain solely for internal usage and Apple could push for customers to control their HomeKit devices solely via Siri and accompanying App Store apps.

Nonetheless, in response to rumors claiming a HomeKit launch delay until the fall, Apple did confirm that HomeKit accessory announcements would be made in June. “[We] already have dozens of partners who have committed to bringing HomeKit accessories to market,” Apple said, “and we’re looking forward to the first ones coming next month.” Sources have previously indicated that Apple is also working on its own in-house HomeKit hardware, but no launch timetable has been provided.