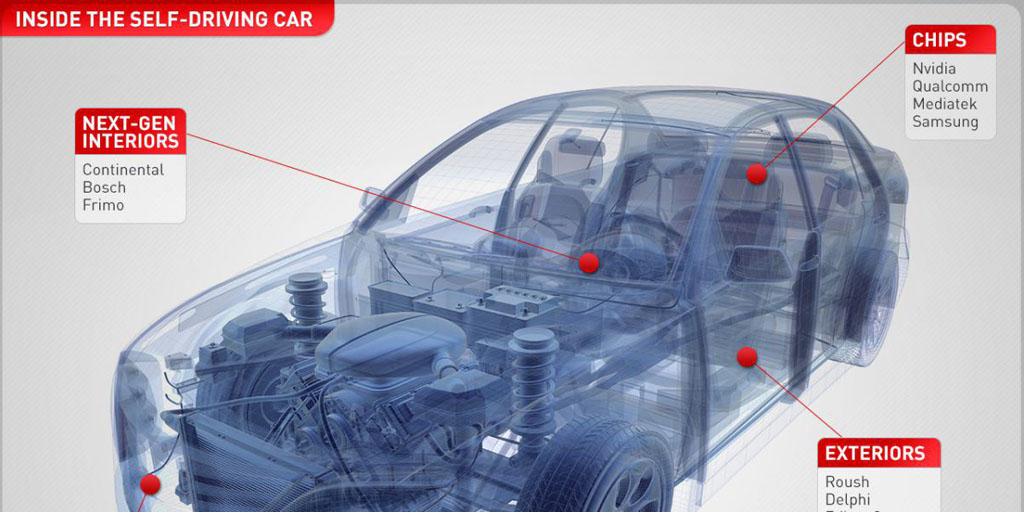 But as a recent opinion piece on sister site Electrek argued, and Elon Musk warned, actually manufacturing a car is massively more complex than making consumer electronics devices. Apple will therefore be looking for partners to pull together different elements of the car. Re/code has put together an interesting look at the most likely candidates …

None of the companies would comment on any conversations they have with the Cupertino giant about their own cars. None of them flat-out denied those conversations, either. Google, Tesla and Apple all declined to comment.

The list below is not exhaustive. Yet after conversations with nearly a dozen manufacturers, industry experts and tech companies involved in the world of self-driving cars, Re/code assembled a portrait of the leading, innovative companies and critical dynamics in the autonomous industry.

The exterior of the car could, it suggests, be made by five companies: Roush, Delphi, Edison2, Atieva and Renovo Motors. The first of those, Roush, is a Michigan-based “boutique automotive supplier” which already has one key claim to credibility in the field: it assembled the exterior for Google’s prototype self-driving cars.

Renovo recently teamed-up with engineers from Stanford University to create a self-driving electric DeLorean capable of donuts and drifting. While it was of course a PR stunt, you need some impressive tech to pull it off.

Atieva, founded by a former Tesla VP and with many former Tesla staff in its employ, is noted for its expertise in battery tech, and is working on building a complete electric car.

For the internals – including the technology required for self-driving capabilities – Continental, Bosch and Frimo are all listed as contenders. Bosch already has an impressive record in the field. It’s a key supplier to many of the world’s car manufacturers, including Tesla’s auto-pilot functionality. The company is also working on its own self-driving hardware, using a Tesla S as a testbed.

Continental is another Tesla supplier working on “systems that build autonomy into brakes, acceleration and steering.” 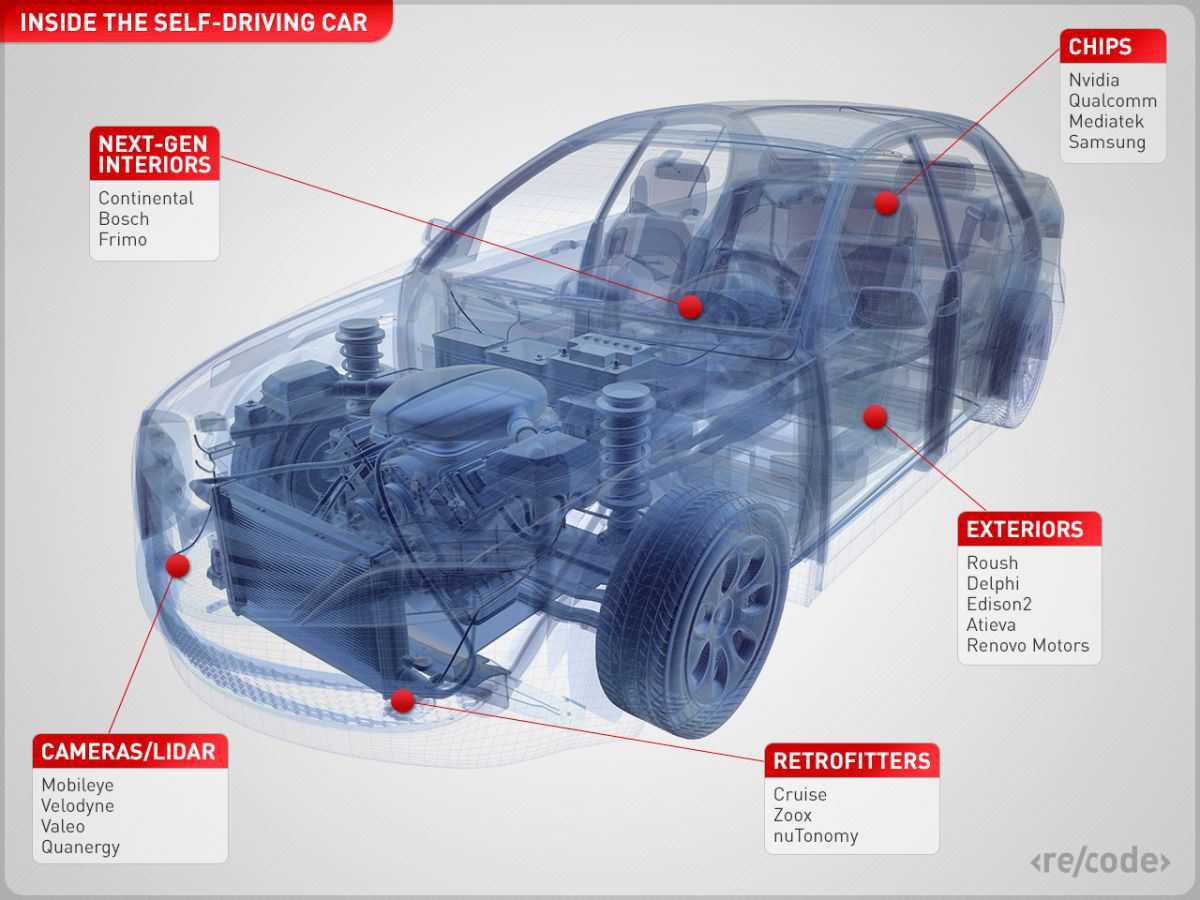 Autonomous cars require some serious processing power, and Nvidia is the chipmaker described as “ahead of the curve,” establishing an automotive division back in 2007 geared to adapting its video games expertise to the real world. It supplies in-car computers to both Tesla and Google, as well as other luxury carmakers, which can process data from “up to 12 cameras on a car, plus any Lidar and ultrasonic sensors.” Apple recently poached Nvidia’s director of deep learning.

Head on over to Re/code to read the full piece, which also covers cameras, LIDAR and more.