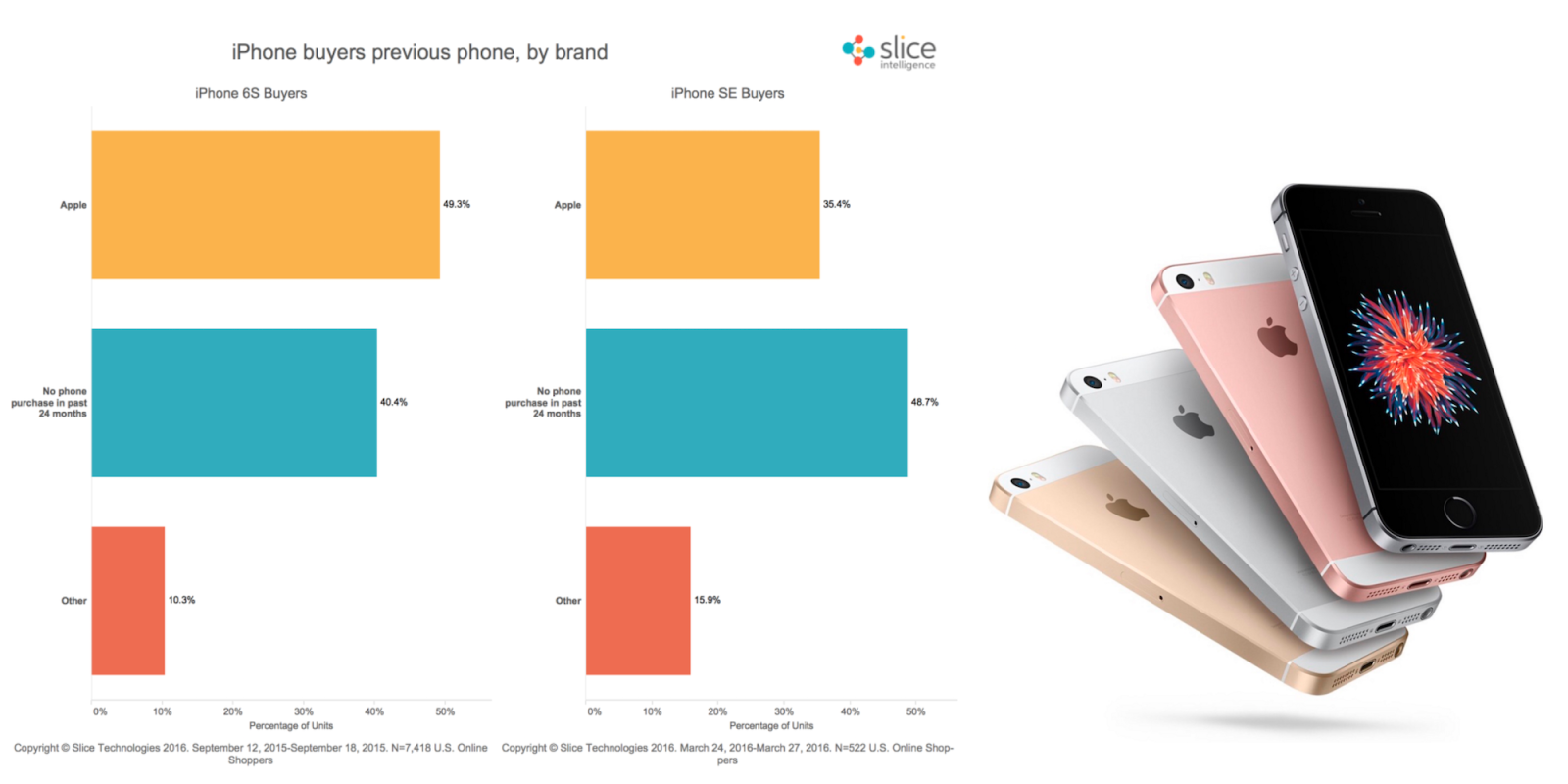 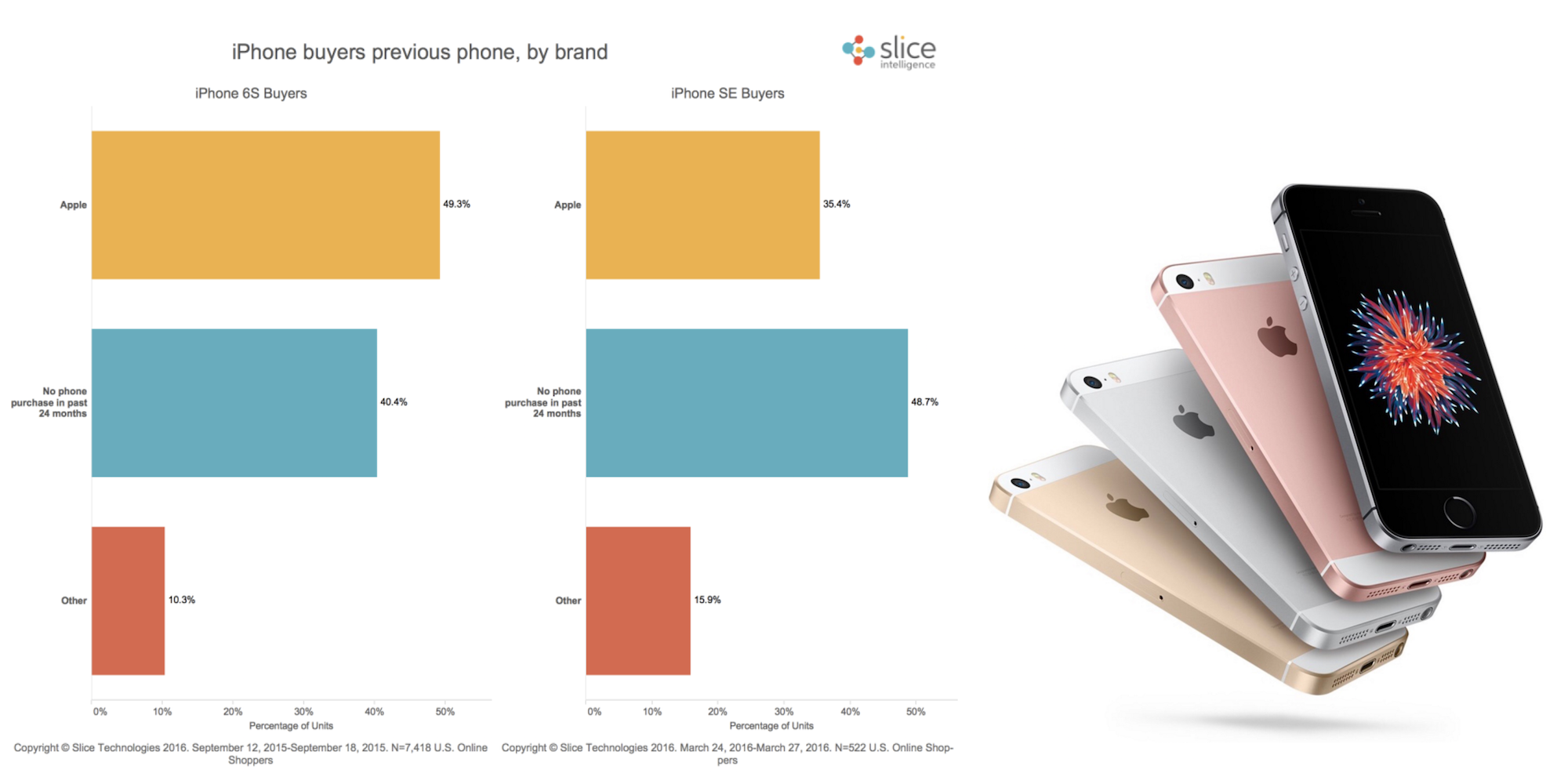 That’s despite a much smaller overall launch for the device compared to Apple’s flagship devices (around 94 percent smaller than the iPhone 6S according to Slice), something most likely expected due to the rare mid-year iPhone refresh offering relatively minor upgrades over the aging 4-inch iPhone 5S it replaced. It also came ahead of a next-generation device expected for the fall that many iPhone users could be holding out for.

More than one fifth of SE buyers are in the 45-54 age demographic, versus 18 percent for all iPhone buyers; and 77 percent of SE buyers are men, versus 69 percent… Only 39 percent of new SE owners have a college degree, whereas 46 percent of those who pre-ordered an iPhone 6 or 6S did.

As for the market for the iPhone SE, right before the launch of the device earlier this month, we reported data showed around 35% of iPhone users were still using a 4-inch device, around the same percentage that said they planned to upgrade to the SE in our own poll.