Apple opens at $103, up 7%, after the company announced better-than-expected earnings results 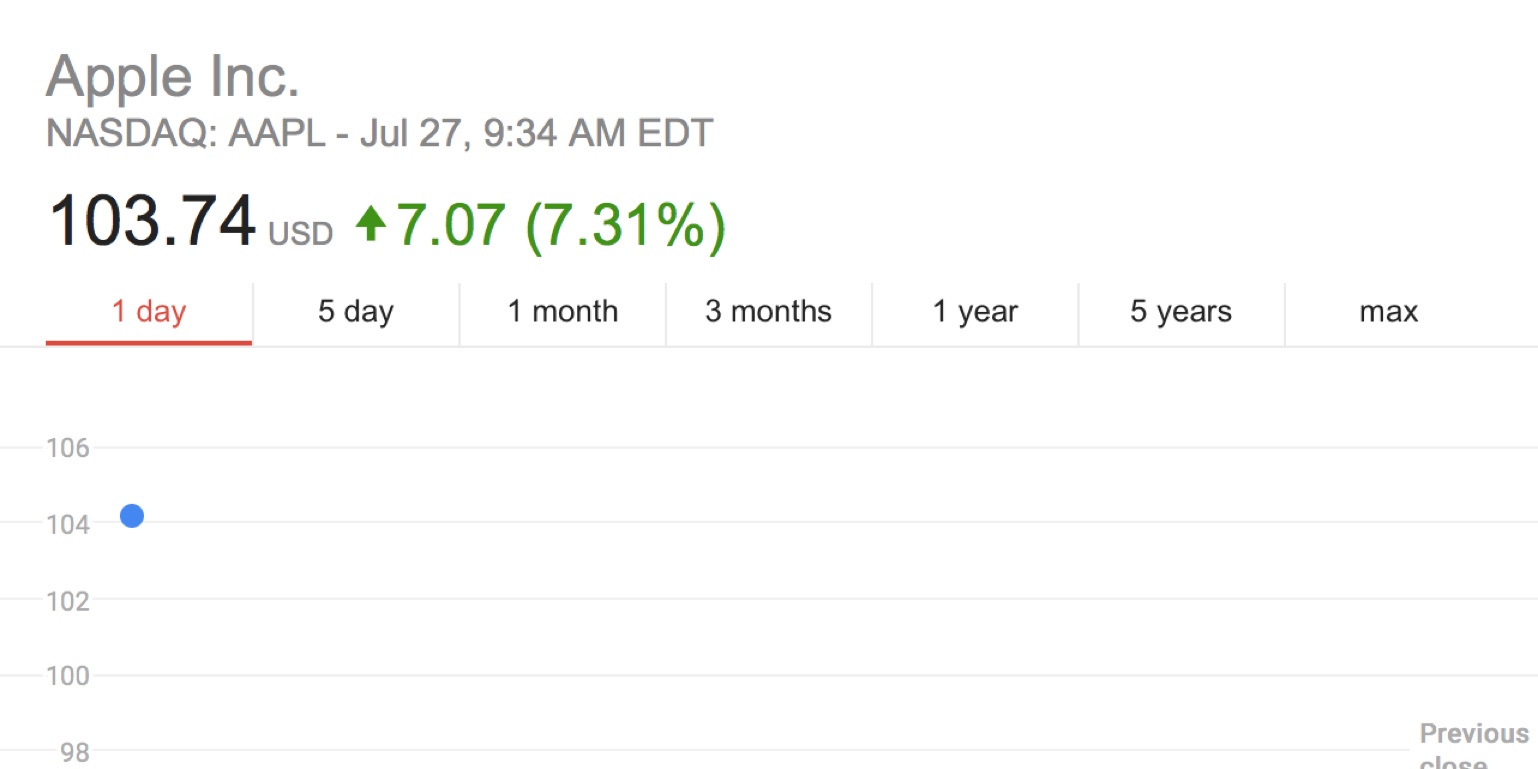 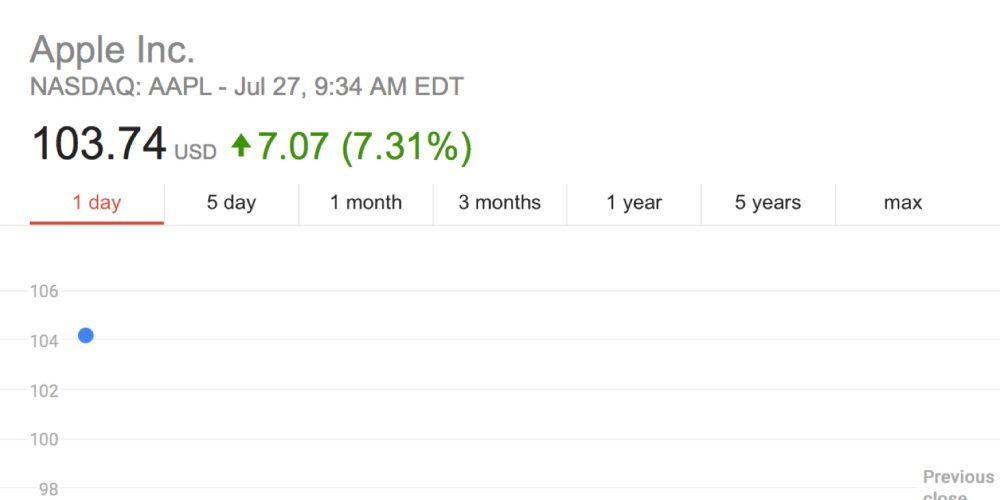 Following the earnings report yesterday, Apple company stock has popped 7% as investors were pleased with Apple’s guidance for the September quarter and total revenue drop for fiscal Q3 was lower than anticipated.

This means Apple stock is back into triple digits, after fleeting the $101 mark briefly last week. The stock opened this morning at $103, up significantly from yesterdays close os ~$97

As Apple reported negative growth figures in pretty much every category of its business, it may seem strange that the stock price has actually risen by such a substantial amount. Stock prices are largely a reflection of investor expectations.

If investors find their expectations to be incorrect, the stock price will usually adjust in the same direction. In this case, everyone was expecting Apple’s fiscal earnings to be far worse than what they actually reported (iPhone sales were propelled by strong response to iPhone SE).

This time, Apple surprised the market with better-than-expected results and hence the stock price is rising (it turned out to be less bad than most investors and analysts predicted). It also posted strong guidance which corrects some of the gloom associated with the last calendar quarter of 2016.

iPad revenue was the only positive number on the hardware fact sheet, up 7%. iPad unit sales were still down about a million compared to the year-ago quarter however. Investors are still skeptical about near-term iPhone performance with uninviting changes rumored for iPhone 7 leaving a question in the air about upgrade rates.

Many expect Apple to fully recover from its slump and see new record results again in late 2017. Apple itself is currently promoting Services as a shining point for its earnings, with App Store sales and Apple Music driving positive YOY compares in the Services businesses. In its earnings call with investors, Apple said Services will be the size of a Fortune 100 company next year.

At least right now, AAPL is looking good from an investor point of view. It’s also doing just fine as far as normal business is concerned. Even whilst reporting 25% lower YOY revenue figures, it’s still one of the largest and most profitable companies in the world.