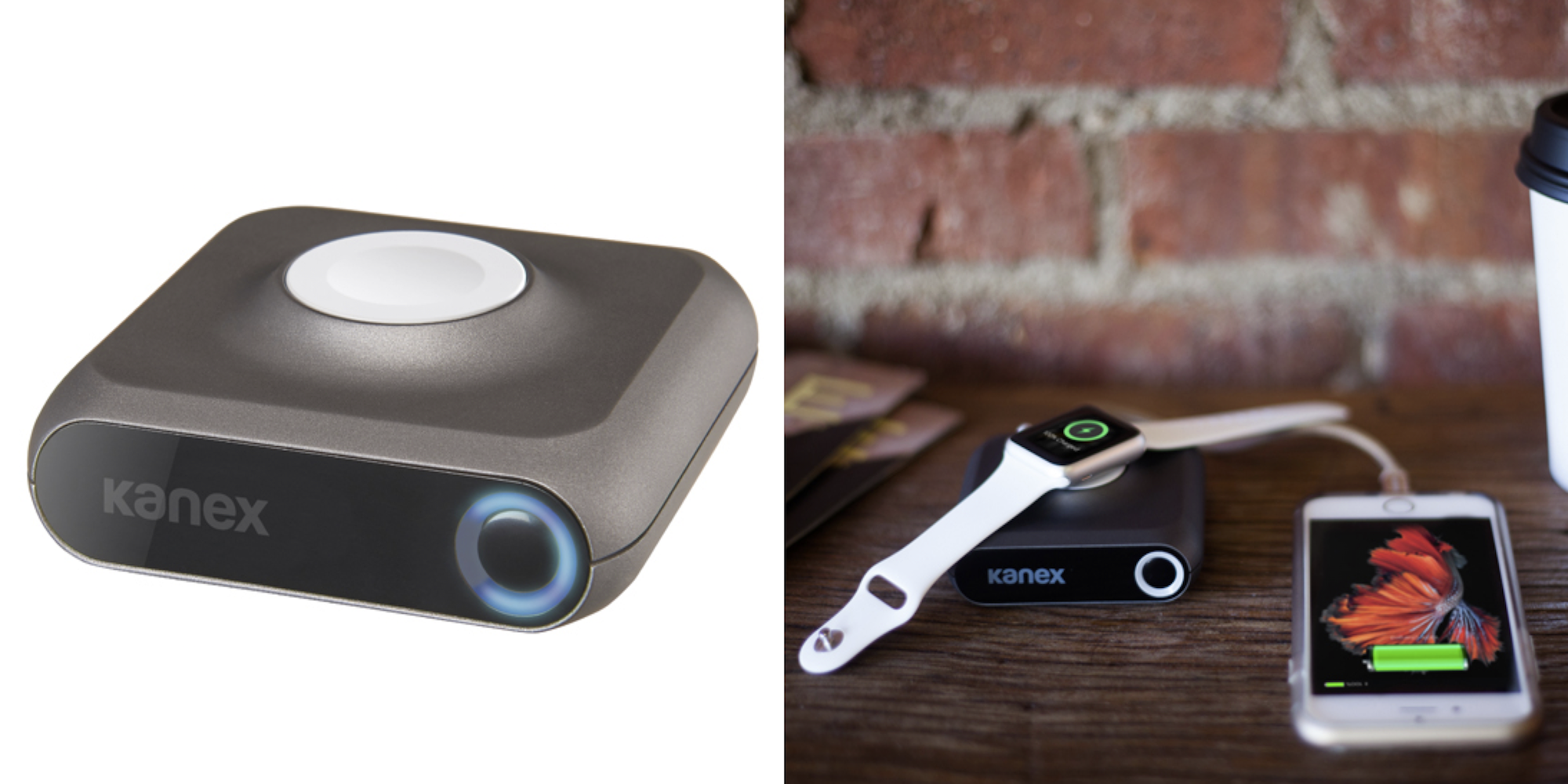 Previously shown off during CES, Kanex is today launching its new portable Apple Watch battery, which includes a built-in magnetic charging connector making it one of the first official cordless accessories of its kind.

The new GoPower Watch battery from Kanex includes a 4000mAh battery, which the company says should get you around 6 charges of your Apple Watch. You can also use the battery’s USB port to charge your iPhone and other devices as long as you supply your own cable, and the battery itself charges using an included micro-USB cable. You’d of course get less mileage out of the battery if using it for your iPhone, getting you around 1 to 2 charges depending on your iPhone model.

The Kanex GoPower Portable Battery for Apple Watch is available now for $99.