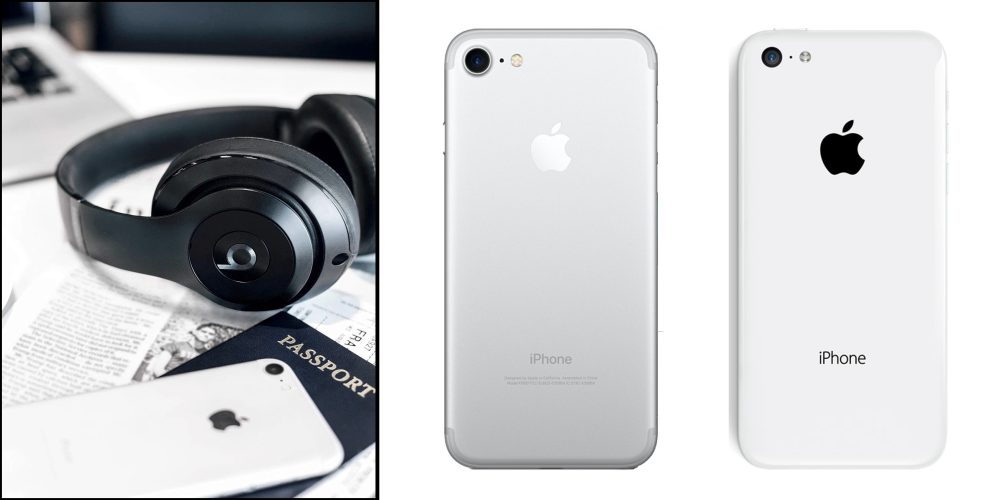 Update: Apple has confirmed that the pictured iPhone is in fact a silver iPhone 7. A combination of harsh lighting and Instagram filters make it look much whiter than it really is. Original story below for reference …

A photo posted to the official Beats by Dre Instagram page has led some people to suggest that the rumors of a new ‘Jet White’ iPhone 7 are real. The photo is certainly convincing at first glance, depicting an iPhone with a stark white finish and black Apple logo (pictured left). The possibility of a new white iPhone 7 finish, to be released before the iPhone 8 in the fall, was first raised by a report in November.

However, it is unlikely that Beats will leak a new iPhone design ahead of an official unveiling by Apple. Given the device’s characteristics, it seems like what is pictured is actually a silver iPhone 6s or an iPhone 5c …

Although the iPhone in the Instagram photo is out of focus, as the main subject of the shot is the Beats Studio Wireless headphones, it certainly seems like a close enough match.

The volume buttons on the side of the device also line up with the iPhone 5c’s appearance — although the rear-facing camera seems to resemble an iPhone 7 camera. (The discrepancy is probably caused by the blurry distortion of the focus.)  Apple no longer sells the iPhone 5c so it is a bit strange for Beats to include it in a new ad campaign, but it appears to match up with the photo. The white iPhone 5c back was glossy plastic with a black home button (pictured above, right).

If you adjust the brightness curves of the picture in a photo editor, pictured above, you can also see faint horizontal lines on the back and sides in the same place as the antenna lines of the iPhone 6 series devices. This suggests that it is actually a silver iPhone 6s, not a 7, with the washed out lighting distorting the silver metal appearance as a stark white color.

The angle makes it look like there is no camera bump, but it is probably a silver iPhone 6s with the silver metallic finish washed out by an Instagram filter or the lighting of the scene. The iPhone 5c was stark white with a black Apple logo but did not have antenna lines, as it was made entirely of plastic.

Last month, mockups surfaced claiming to be the Jet White iPhone 7. It was quickly revealed to be a custom aftermarket skin, not an indicator of a new iPhone color.

Apple launched the iPhone 7 with two new colors (Black and Jet Black) in September. It has never released a new color outside of the usual yearly hardware refresh cycle which is perhaps the best evidence that the Jet White iPhone 7 is a pipe dream.

In the header image, we’ve included the Beats photo and images of the existing silver iPhone 7 and white iPhone 5c for reference in the header image. It is impossible to say definitively without an official comment but it is doubtful that Beats has tipped an imminent new iPhone color. Let us know in the comments what you think …