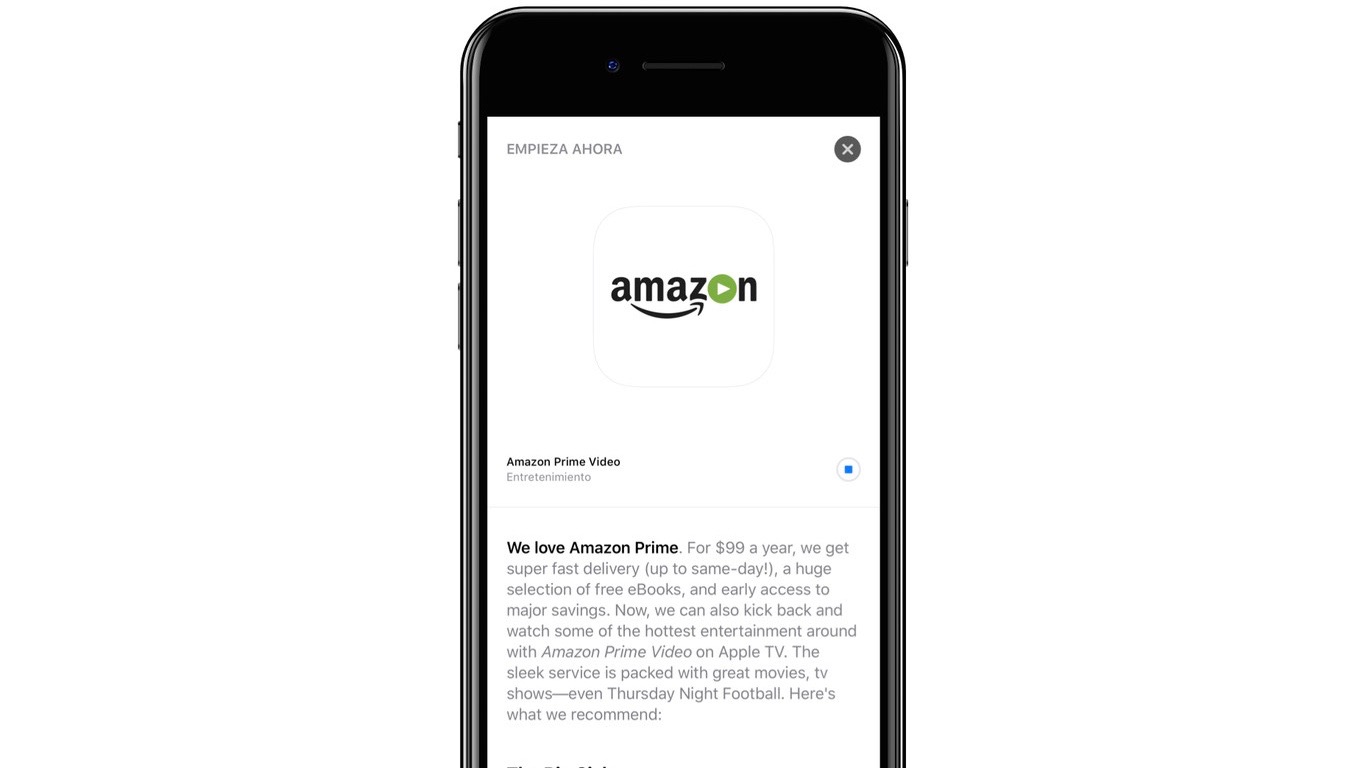 We love Amazon Prime. For $99 a year, we get super fast delivery (up to same-day!), a huge selection fo free eBooks, and early access to major savings. Now, we can also kick back and watch some of the hottest entertainment around with Amazon Prime Video on Apple TV. The sleek service is packed with great movies, tv shoes – even Thursday Night Football.

Separately, a user on Reddit also reported that by setting their iPhone’s date and time forward to December 6th briefly caused the Amazon Prime Video story to appear in the App Store – but Apple seems to have since closed that loophole.

As said, my time/date is set to tomorrow. That is relevant because I saw the story at the top of the “Today” tab when I opened the App Store. That is how I obtained the link.

Either way, this means that we’ll likely see the Amazon Prime Video app launch for Apple TV sometime this week, with tomorrow being the earliest. We’ll likely get an official announcement from both Amazon and Apple whenever that happens.