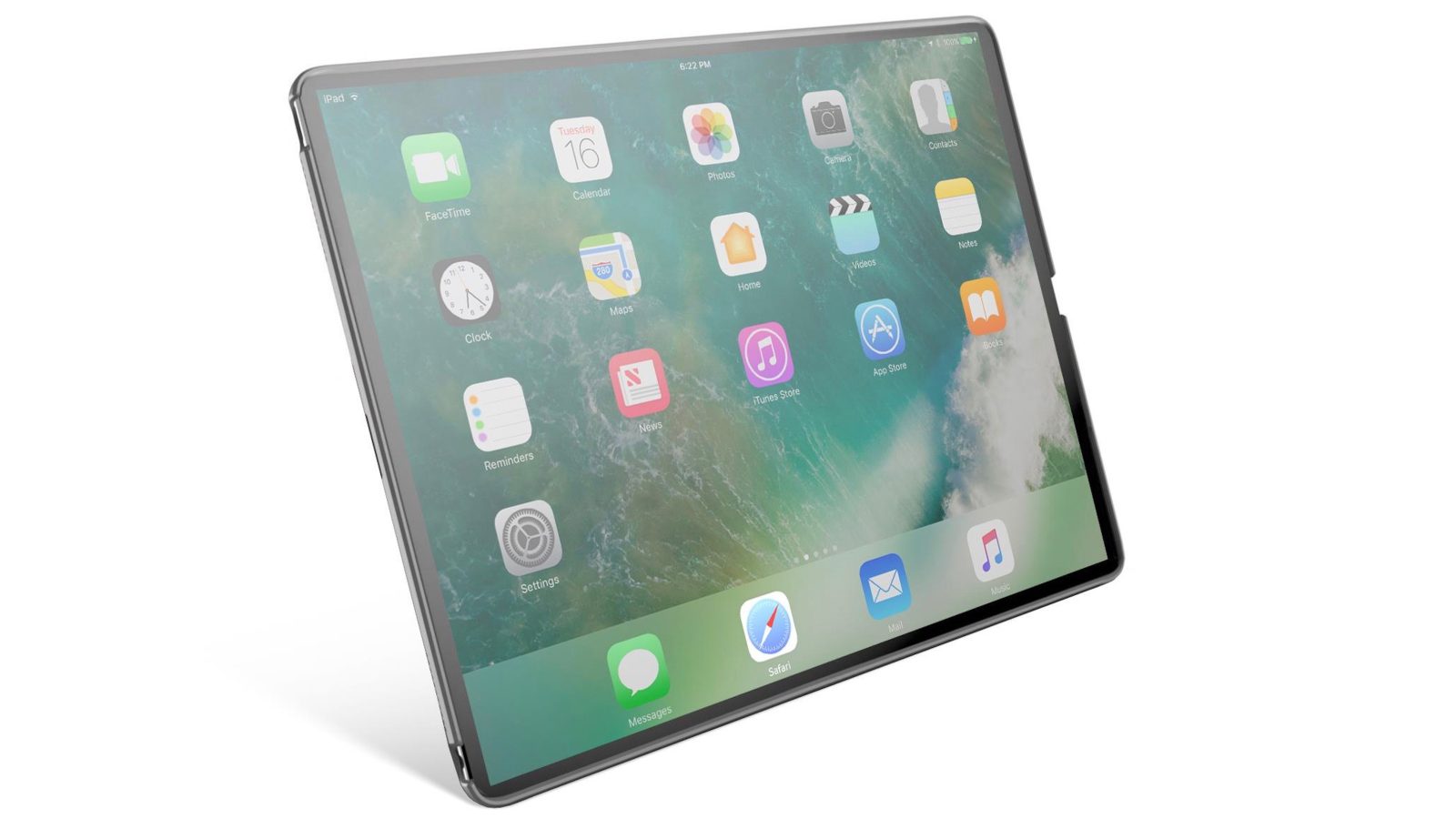 Update:  The “leak” appears to be a bad render of the 10.5-inch existing iPad Pro:

Good find. I need to have a talk with someone. https://t.co/c41dHZdjEn

Several reports have suggested that Apple has a refreshed lineup of iPads coming this year, including models with Face ID and the same bezel-free design as the iPhone X. This evening, notorious Twitter leaker Evan Blass shared an image of an iPad model with significantly smaller bezels and without a Home button, but there are several issues with the render…

The image appears to come from an anonymous case company, which isn’t an uncommon source for these types of leaks. Case makers often try to predict what Apple has up its sleeve, some companies being more accurate than others, but these types of leaks should almost always be taken with a grain of salt.

First and foremost, the render seemingly lacks a front-facing camera altogether. While the lack of a Home button makes sense given Apple could adopt similar gestures on the iPad as it did with the iPhone X, it’s highly unlikely the company would drop the front-facing camera.

Furthermore, the iPad in the image appears to be running iOS 10. With iOS 11, Apple introduced a new rounded dock design for iPad users, as well as other visual changes, that ultimately make it a more powerful device, but those changes are missing in this rendering. Of course, this could just be lazy work on the case maker’s part, but it doesn’t bode well for legitimacy.

The only possible way I can see Apple releasing an iPad with no front camera would be in the form of an ultra-affordable model for education. Apple, of course, is holding its education event next week in Chicago, but we haven’t heard any rumors of such an iPad being in the works and this day and age, an iPad without a front camera seems pretty outlandish.

What do you think of this render? Do you think Apple could release an education-targeted iPad with no front camera? Let us know down in the comments!

Seems to be something missing from this (encased) iPad… pic.twitter.com/n0esVAOBkq