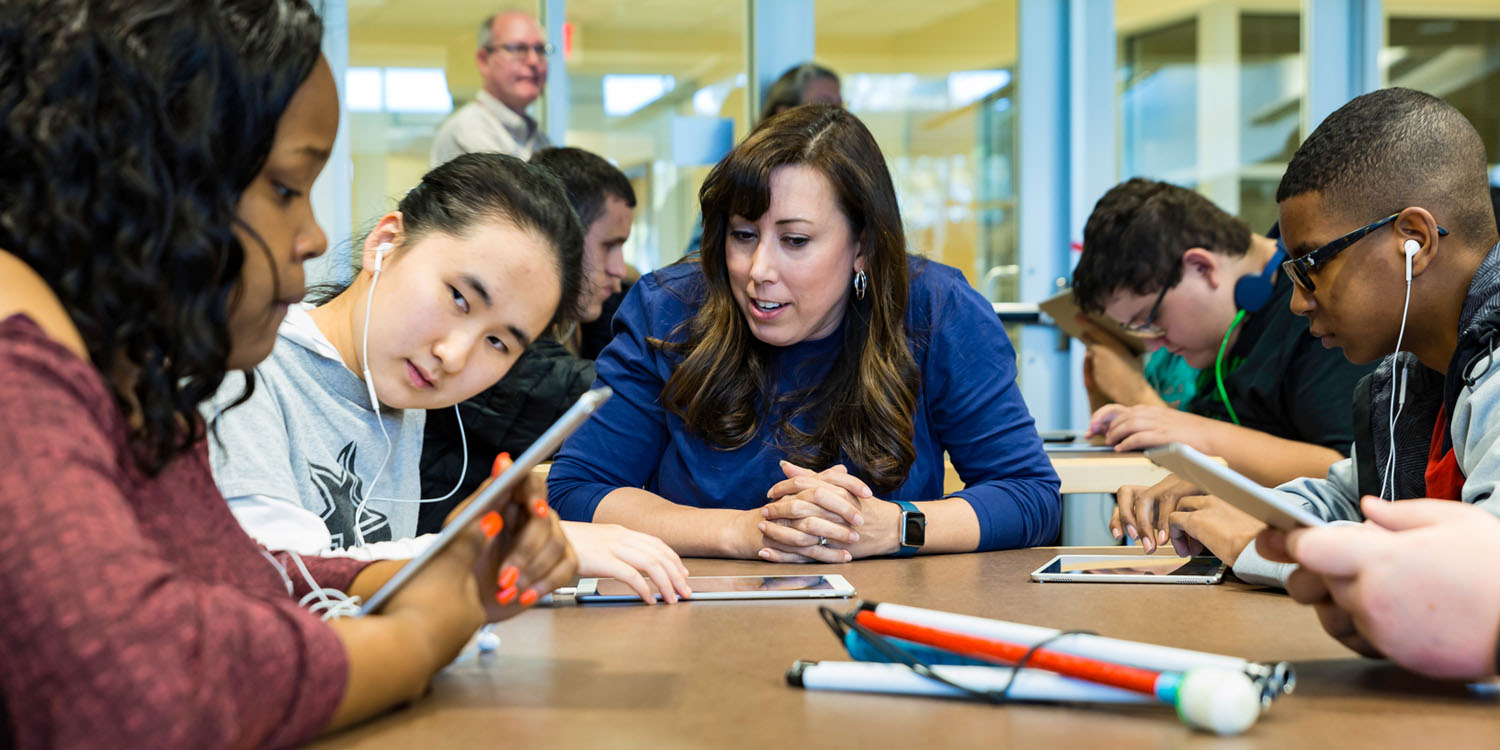 Apple has announced that its Everyone Can Code curriculum will be living up to its name, by making it accessible to blind and deaf students, as well as those with other disabilities such as issues with motor skills.

A Swift training program which begins in kindergarten schools, Everyone Can Code started out as a free ebook (available here, with teachers’ guide) before being rolled out to colleges around the world, including a huge rollout in Chicago …

The accessibility initiative for the program is beginning in the fall at eight schools:

It has been piloted at Texas School for the Blind and Visually Impaired in Austin, where superintendent Bill Daugherty said that students had been ‘tremendously excited’ by the first session.

Apple says that the program takes full advantage of the company’s existing accessibility features, with some specific tailoring for this initiative.

The schools will tailor lessons using Apple’s groundbreaking accessibility technology, which has changed the lives of millions of people with vision, hearing, physical motor, cognitive or other assistive needs. Apple collaborated with engineers, educators, and programmers from various accessibility communities to make Everyone Can Code as accessible as possible and will work in close coordination with schools to augment the curricula as needed. This will include providing additional tools and resources such as tactile maps to enhance the understanding of coding environments for non-visual learners.

CEO Tim Cook said that the program was in line with the company’s commitment to accessibility.

Apple’s mission is to make products as accessible as possible. We created Everyone Can Code because we believe all students deserve an opportunity to learn the language of technology. We hope to bring Everyone Can Code to even more schools around the world serving students with disabilities.

It has been warmly welcomed by the participating schools.

Julie Tye, president and CEO of the Hadley Institute for the Blind and Visually Impaired added, “As the largest educator within the visually impaired community, Hadley knows first-hand how important Apple’s technology is in making daily living easier and more enjoyable. Now, partnering with Apple, we are excited to help even more people learn how to code. Whether for fun or future employment, learning the language of technology can offer tremendous opportunity to everyone.”

The program was announced on Global Accessibility Awareness Day. Apple said that it is also marking the day and rest of the month with store events.

Apple is hosting events around the world to promote inclusive design and emphasize how technology can support all people with disabilities.

Throughout May, all Apple stores will host accessibility-related events and sessions for customers. On May 17 Apple corporate locations in Cupertino, Austin, Cork and London will also hold events. Since 2017, Apple has held over 10,000 accessibility sessions across the globe.

The company recently highlighted a few of the ways that it has worked to make life easier for people with disabilities.