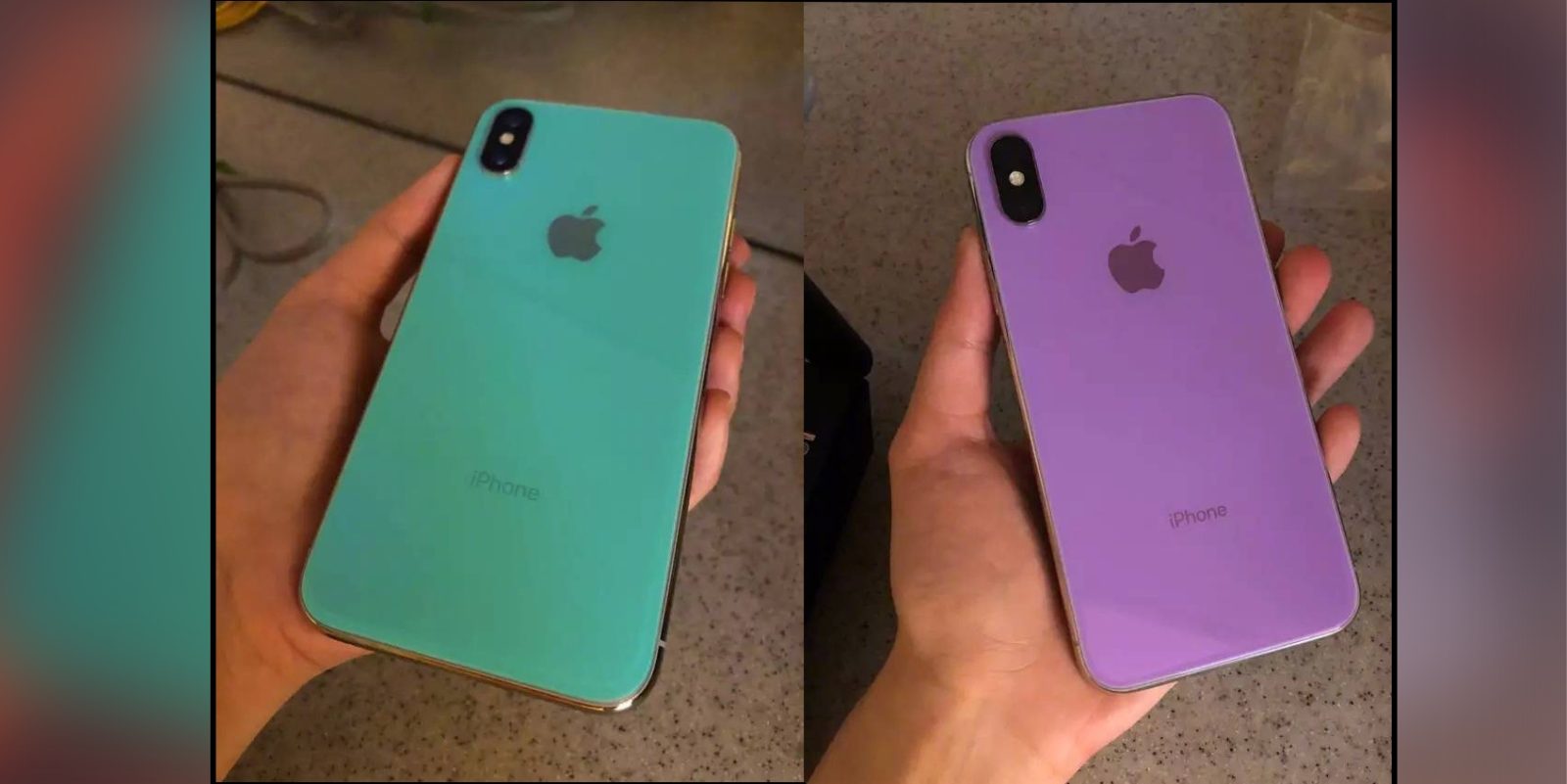 We would take these images with a healthy dose of skepticism, but a relatively unheard-of publication TechnoCodex is sharing images of what it claims are prototypes of a 2018 iPhone model, ostensibly from a manufacturer in India. The physical form of the phone seen in the photos looks like the back of an iPhone X, with rounded chassis edges and vertically stacked dual camera with integrated flash, but in two rather striking new colors …

These photos claim that at least one of the 2018 flagship iPhone models will come in violet/purple and pastel green colors. The stainless steel frame is also just about visible, and appears to be a shade of gold — although this could be the normal silver stainless steel band photographed under yellow lighting. It is possible that these new colors are destined for the 6.1-inch 2018 iPhone.

The premise of additional colors for this year’s iPhone models (iPhone 11, iPhone X 2, whatever they are called …) is not entirely new. For a start, there is historical precedent for Apple to add additional colors in years when the exterior phone design does not change significantly. With iPhone 6s, Apple added Rose Gold. With iPhone 7, Apple added Jet Black and changed the Space Gray to a matte black finish.

It also rolled out a PRODUCT(RED) iPhone 7 a few months later, which it has repeated this year with a special edition red iPhone 8. In contrast, with major design changes like iPhone 6 or iPhone X, the company kept the same color options.

There is a rough pattern of behavior there. In fact with iPhone X, Apple has only launched Space Grey and Silver so far. We know that the company was working on a gold model, thanks to leaks and photos from the FCC official database. The gold stainless steel sides seen in that leak share a resemblance to what we see in these new photos, actually. It seems likely that this gold SKU will debut later this year, potentially alongside other new colors.

We have also heard some reports from analysts indicating that new colors are coming to the 6.1-inch LCD iPhone X-esque device. The 6.1-inch LCD model is expected to be a cheaper model, around the $600-700 mark, which Apple will debut as well as an update to the (currently priced $999) iPhone X and an all-new (more expensive) 6.5-inch OLED ‘iPhone X Plus’ model.

A wide varieties of colors for the cheaper phones is also a tactic that Apple has used before, namely with iPhone 5c. The pastel tones seen in these photos certainly harken back to the 5c era. There’s a reasonable chance that these photos are showing back cases / dummy models of the upcoming 6.1-inch iPhone, although again the sourcing does not have a track record in Apple rumors to date. These could merely be knockoff aftermarket back cases for the existing iPhone X.

The report says the photos originate from a factory in India which makes some semblance of sense as Apple has significantly ramped manufacturing in the region over the last year. In general though, the vast majority of iPhones are produced by Foxtronn and Pegatron in China.

What do you think of these photos? Are you interested in Apple shaking up the iPhone color options?