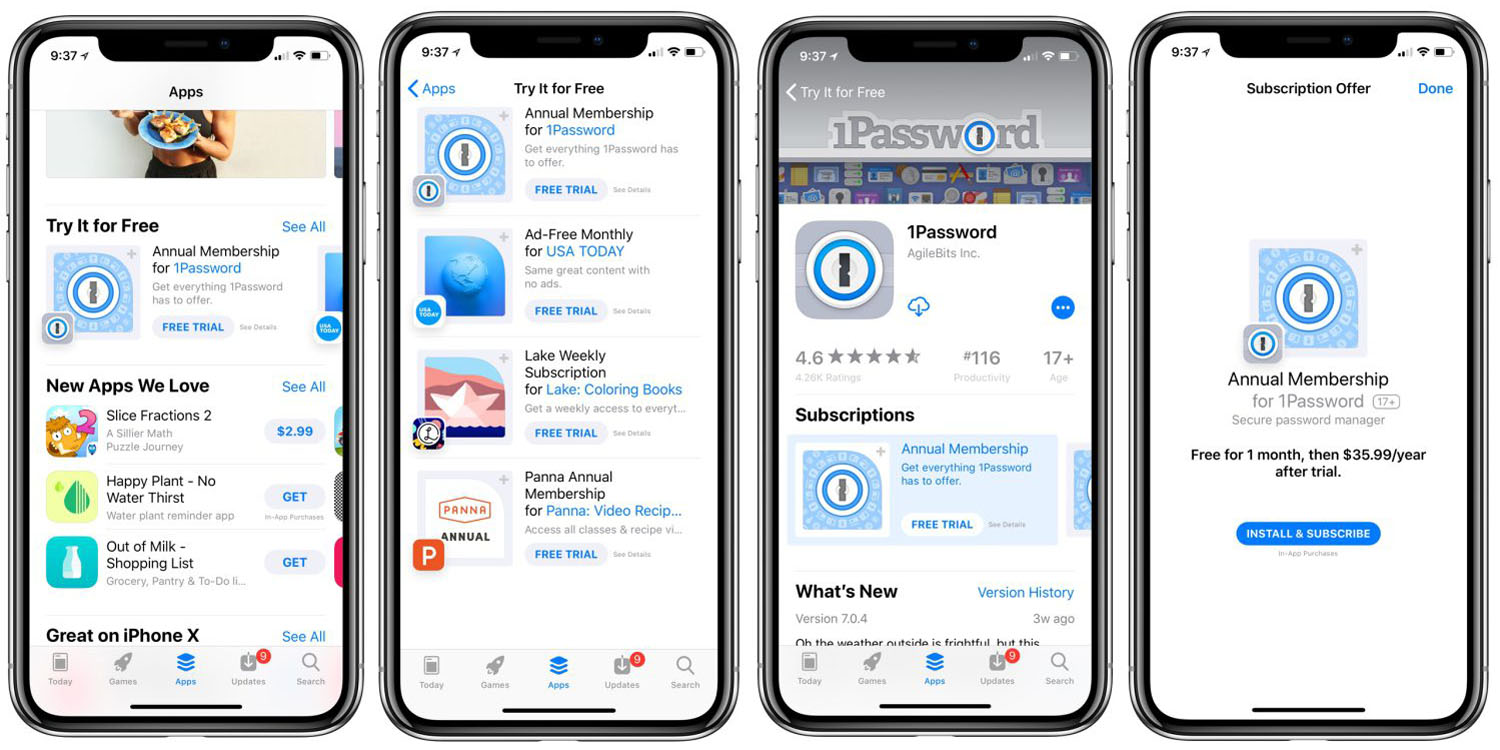 Developers have long wanted Apple to allow them to offer free trials of iOS apps. Apple does provide a mechanism for doing this with subscription apps, and this week clarified that the same approach can be used for any paid app, but many developers remain unhappy with the method.

The method offered by Apple is this. Developers create a free app, with in-app purchases. One of those IAPs can be a free 14-day ‘subscription’ which unlocks full functionality.

Jalkut says that some developers have been doing this since 2016, never sure whether or not Apple was happy with the approach. That doubt has now been removed, but he argues that it’s a far from satisfactory solution.

For example, he writes, paid apps are listed as free, even though payment is required to unlock core functionality.

This is confusing to many users and leads some to a feeling of bait-and-switch, and that they’ve been betrayed by the developer. This is particularly problematic with apps whose price points make them most suitable to free trials. MarsEdit is $50, so some users who download the “free app” are understandably annoyed when the first thing they learn is that it will cost a significant amount to unlock it.

Another issue is that it puts the onus on the developer to do the job which should be done by the App Store.

One of the primary advantages of the App Store to developers is being able to get out of the business of managing direct sale transactions. With the paid-up-front approach, users browse the store, conduct a transaction with Apple, and download the app. In exchange for taking on this work, Apple is rewarded with a 30% cut. With ersatz free trials, almost every aspect of this complexity is pushed into the app, where developers have to laboriously devise a mechanism for conveying app limitations to users, blocking pertinent functionality, transacting an in-app purchase, facilitating the unlock of app functionality, and so on.

Other issues include no option for family sharing or bulk purchases of apps which operate in this way.

Above all, he writes, it’s confusing to users.

With ersatz free trials a customer must first authorize Apple to allow the download of the free app, and then they must commence a confusing in-app purchase process during which they will be asked again whether they want to start a free trial.

He goes on to outline how a ‘real’ free trial system would work in the App Store. In essence, they would be listed as paid apps, with a free trial. Developers would simply choose the duration of a free trial, and Apple would handle the business of allowing full access to the app and then blocking it when the trial expires. And users would automatically get access to all the features of an app during the trial.