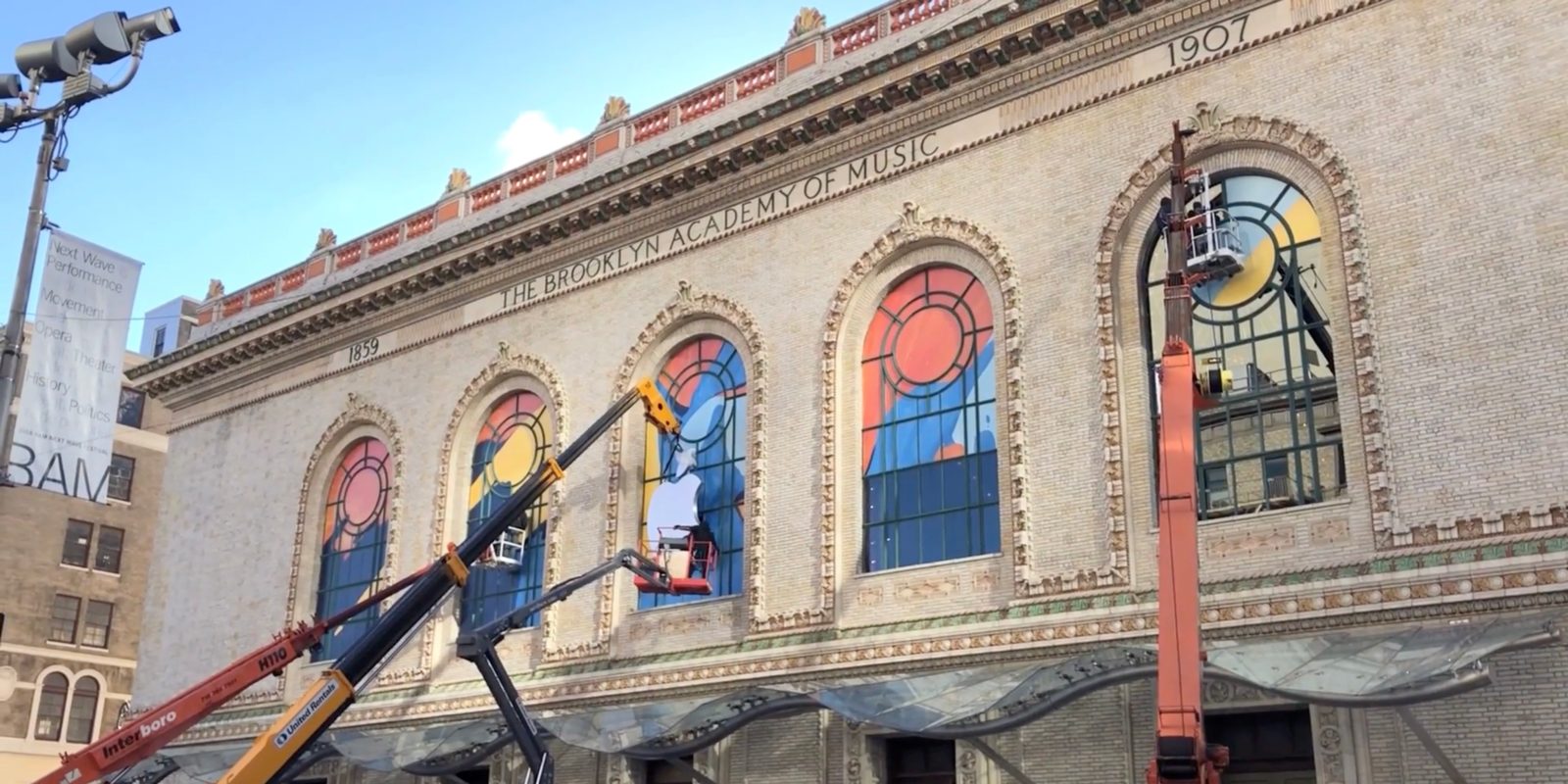 With only a few days until Apple’s big iPad Pro and Mac event on Tuesday, the company has begun putting up decorations at their host venue, the Howard Gilman Opera House in Brooklyn, New York City.

Japanese Apple blog Mac Otakara published a video on YouTube, giving us a glimpse at how Apple is currently decorating the venue. Unlike many other events, Apple is holding this one outside of California; since it’s in New York, it starts at 10AM EDT, making that 7AM PDT, versus the usual 10AM PDT.

As was announced late last week, Apple is planning its event for this upcoming Tuesday. We’re expecting new Macs (including Mac mini), iPads with a near bezel-less design and Face ID, and possibly more surprises.

The company is also launching its iPhone XR this week, with deliveries beginning in less than 24 hours this Friday. Customers on the eastern hemisphere should be receiving their devices within the next few hours.

Keep your eyes locked at 9to5Mac as we’ll have full coverage of the event as well as plenty insight and analysis after its over.

Are you excited for the iPad Pro and Mac event? Let us know in the comments below!

BAM is ready for Tuesday. So exciting. Love that the event is here. pic.twitter.com/X2IeoCmtw4

they're clearly prepping some video or gallery for the XR on Tuesday, they took pics of me with the phone and had me sign a release pic.twitter.com/UXQkDvsZur

subway station by BAM is covered in Behind the Mac ads for the event Tuesday @MichaelSteeber pic.twitter.com/M4wyVclteq

they're also clearly building a demo area behind the Opera house pic.twitter.com/C8scWMS1dD