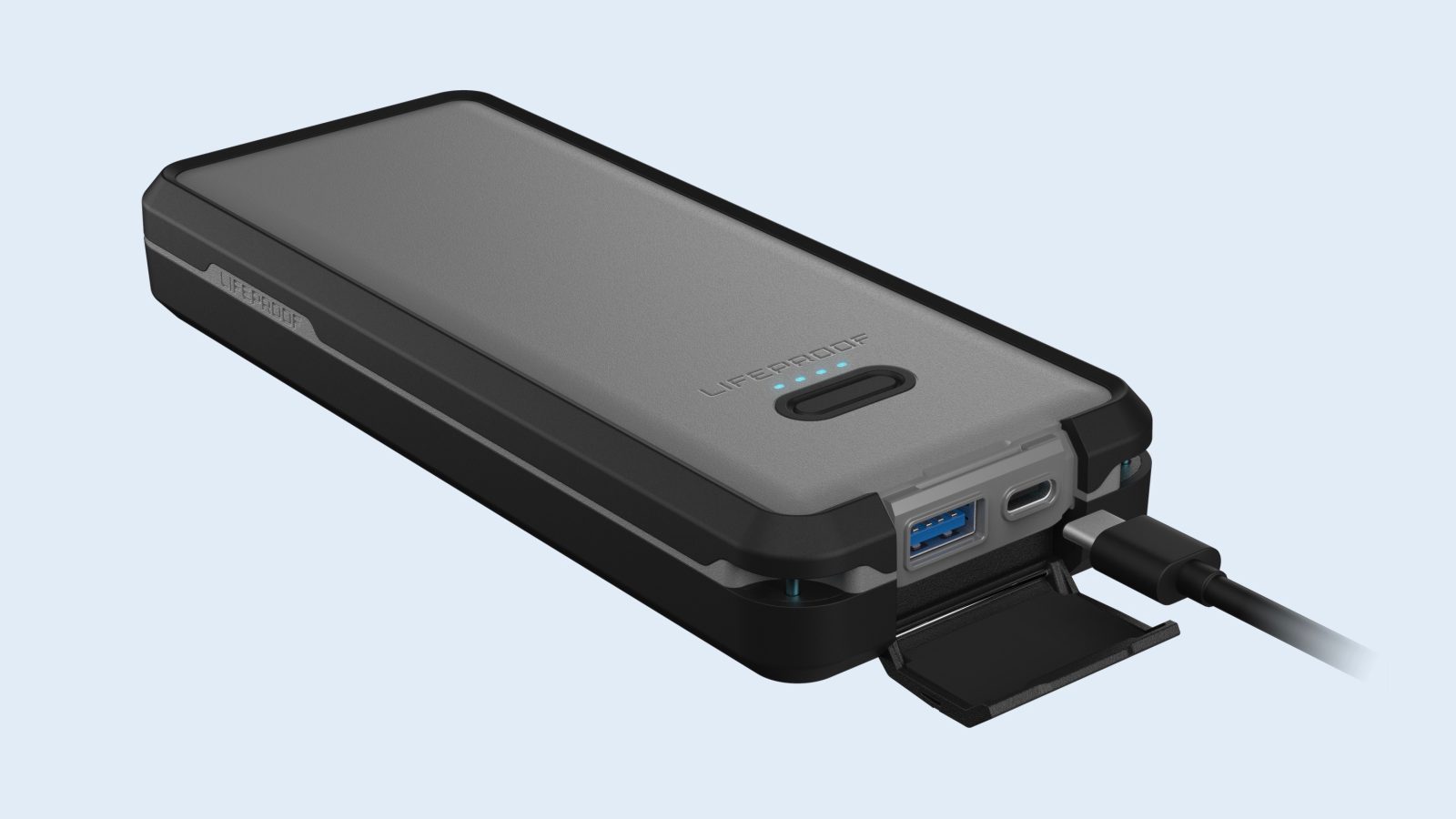 After announcing its LifeActív Power Pack 20 portable battery back at CES in January, LifeProof has made its smaller Lifeactív Power Pack 10 Qi available for purchase today. As is the company’s tradition, the new power bank is waterproof, drop proof, dirt proof, and snow proof. However, different from its larger brother, the new model recharges your iPhone and other Qi compatible devices wirelessly while retaining both USB and USB-C ports for wired charging.

LifeProof announced the news in a press release today:

The LIFEACTÍV Power Pack 10 – Qi Wireless Charger’s fast-charging 10,000-mAh core and Qi wireless simply delivers a burst of energy when your device hits the wall – whether you’re two days deep on a backpacking trek or ten hours away from landing in Bali.

The Lifeactív Power Pack 10 Qi comes with a $99.99 price tag and is available in just the one black/gray color way. In addition to Qi wireless charing, the portable battery also features a standard USB port as well as one USB-C port.