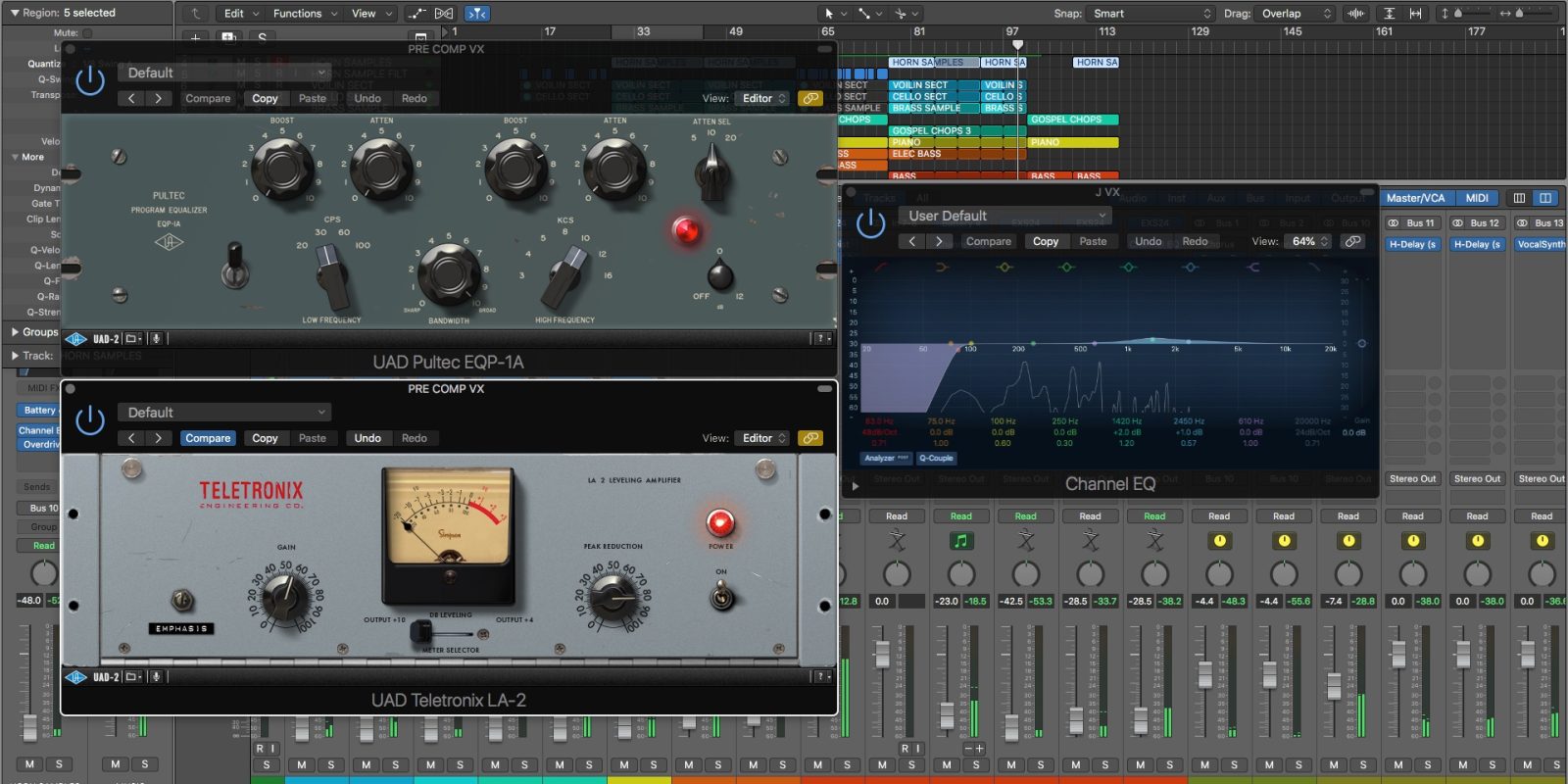 If you’ve ever wondered how the Logic Plug-in Link system works, you’re in the right place. This is something we briefly touched on in the understanding plug-ins section of our Logic Pro X 101 series, but today it’s time to link it all the way up. This easily overlooked feature — designed to accommodate customized workflows and help organize that collage of plug-in windows currently burying your musical masterpiece — has been staring you right in the face this entire time.

In its default state, Logic Pro X will open about as many plug-in windows (specifically FX inserts, instrument UIs, MIDI FX, and more) at once as you might need, until you start closing them. At times, this can lead to confusion with new users and can end up as an annoying mess for others. While managing this manually isn’t overly cumbersome, the underrated Plug-in Link system in Logic Pro X can make things a little bit easier to deal with while allowing for a certain level of workflow personalization.

You’ll find the Logic Plug-in Link button in the top right corner of the plug-in UI’s header. It has three states of operation: Off, Single, or Multi. You single-click the button from any plug-in header to turn Link on or off. And you right-click or control-click it to flip its functionality between Single and Multi mode.

In the Off position (grayed out, disabled), every time you click a new plug-in loaded on your project’s Mixer (i.e., instrument or FX slots) or load up a new one, its interface will pop up on screen to the point where you can have 10 or 20 or more of them overlapping each other on your display in a giant mess.

Multi Mode (Yellow) is slightly more complex. In this mode you can have multiple windows open at once, like in Off mode. However, Multi mode will track the open plug-ins from track to track as per the FX insert slot they are loaded on. For example, open the plug-in interface for an EQ on slot 1 and a Compressor on slot 2 and engage the yellow Multi mode Link button on both. Now, when you click over to or highlight another track in your project, the two open plug-in interfaces will be replaced with the plug-in windows on slot 1 and 2 from the new track. 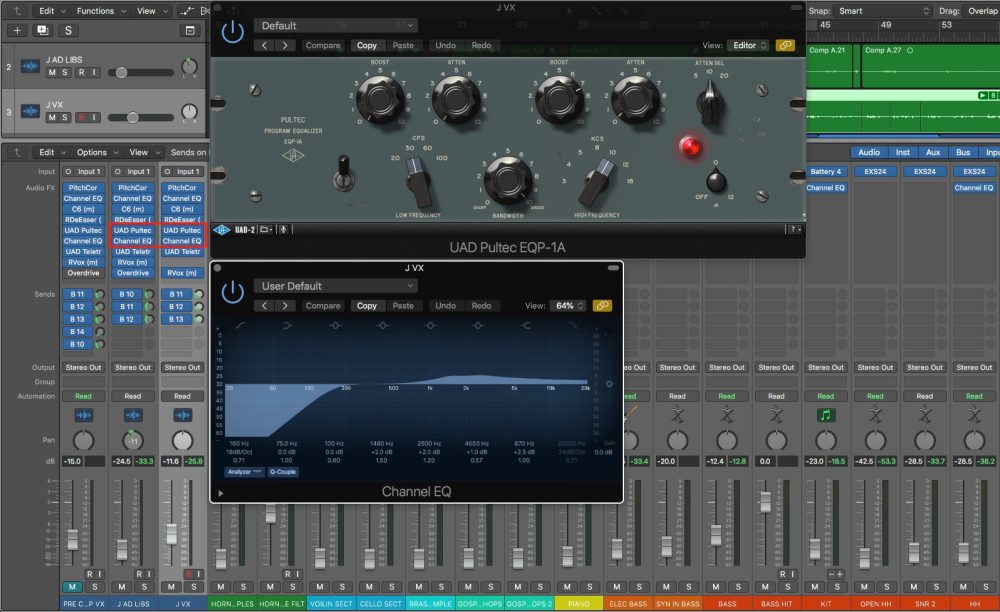 In the image above, you can see the Logic Plug-in link mode in action with a Pultec EQ and a Channel EQ. Highlighting the track to the immediate left of the highlighted track will now automatically replace the open plug-in windows with the two that are loaded in the corresponding slots on the new track selection. This can be incredibly handy in busy mix sessions as it allows you to flip between similar processing chains on different tracks with ease and in a much more organized fashion.

An interesting tip here is that not all plug-in windows need to have Link mode engaged at all. For example, you might want to keep a constant eye on the compressor plug-in on your vocal subgroup/aux track as you tweak individual vocal tracks in Multi or Single mode. Open your subgroup compressor (or any plug-in you want to stay on screen until you manually ditch it) and leave the plug-in Link turned Off. Now open another plug-in (or more) and engage Multi or Single mode just on them/it. This way you can still make use of the organization features found in Single and Multi Mode also keep certain plug-ins in constant view (or until you manually close them).

The V key is a great quick key to learn when it comes to managing plug-in windows. Much like the Logic Plug-In Link system, it can help to keep things tidy and organized with a single key stroke. You can think of it like a hide function. Once you have manually opened a plug-in window or windows, the V key then becomes a toggle of sorts. Push V once and all the open plug-in windows disappear, hidden in the background. Press V again after that, and they all appear just as they once were.

It takes a little bit of getting used to in order to smoothly integrate this technique into your workflow, but once you’ve got it down it can really speed things up. With this, you also won’t have to click the tiny instrument slot on the Mixer or in the Inspector every time to open the plug-in’s window. There are certainly times when I prefer to leave the Logic Plug-in Link mode Off and just use the channel strip to open instruments. But this particular setup is fantastic when you’re sketching out a new idea with two or more Software instruments in your project.

And in case you missed it, we recently went over some of the best new features in the surprisingly notable Logic Pro X 10.4.5 update along with the brand new De-Esser 2 right here.