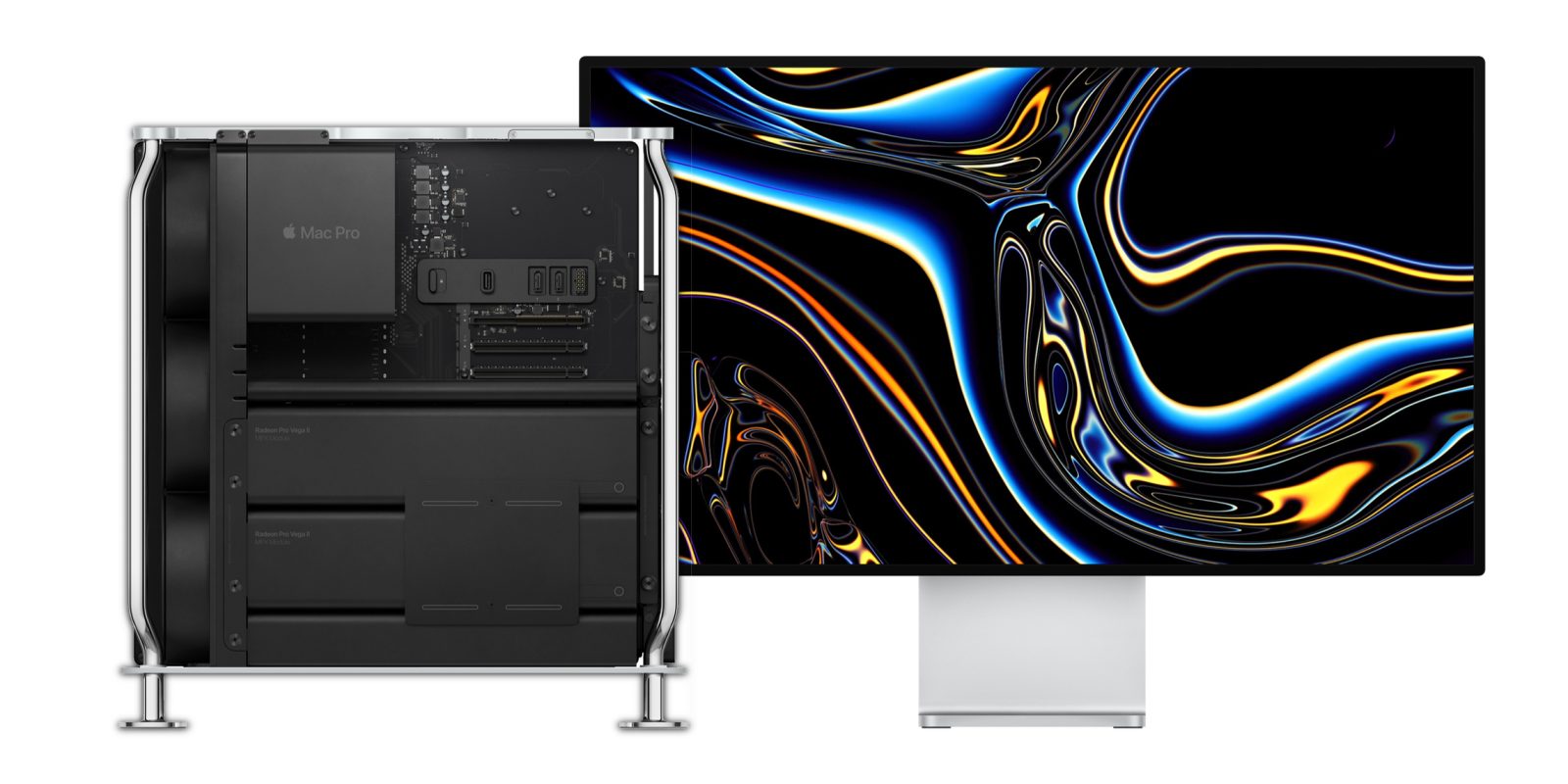 Six years since the computer was last updated, and more than two years since the modular high-end revamp of the Mac Pro was promised, Apple today released the Mac Pro and accompanying Apple Pro Display XDR, which start at $5999 and $4999 respectively. First configurations ship December 18th.

The Mac Pro base starts at a rather measly 8-core 32 GB RAM and 256 GB SSD config but can be specced to up to insanely high-end internals, accompanied by an insanely high price, aimed at true professional environments like video editing bays.

One of the issues with the previous trashcan Mac Pro design was that it offered little opportunity for internal upgradability, and the cylindrical design hampered how much heat the components could generate, which meant Apple could never give it more powerful GPUs. The new Mac Pro is a direct answer to those complaints, harkening back to the old ‘cheesegrater’ design, with a new case that has a swathe of internal space and bays, combined with great heat dissipation and airflow.

This means the Mac Pro can support a 28-Core Xeon CPU, up to 1.5 terabytes of RAM, up to 4 beefy graphics cards running at once, and an 8 TB internal SSD. The Mac Pro motherboard features a total of 8 PCI Express card slots. Apple’s ‘MPX cards’ take up two of these slots for maximum performance but an MPX enclosure is not mandatory.

Apple also developed a special Afterburner accelerator card that is squarely aimed at video professionals. The card speeds up ProRes and ProRes video codecs which converts into direct performance gains in workflows like Final Cut Pro when working on projects in those formats.

All of this power is contained in a custom chassis, with an aluminium metal cover that can be removed for easy access to the components. The chassis features handles so it can be easily picked up and moved around, and Apple is even offering wheels as an additional purchase. A rack-mountable Mac Pro configuration is also being made available.

The Pro Display XDR costs $5000 to start with a matte nano-texture screen finish available for an extra $1000. The 1600 nit peak brightness and 1000 nit sustained brightness make this 32-inch 6K display rival reference monitors which usually sell for in excess of $20,000. The Pro Display XDR offers 10-bit color depth and P3 wide color gamut, wide viewing angles, with a 1,000,000:1 contrast ratio. The ‘eXtreme Dynamic Range’ comes from a sophisticated backlighting system made up of 576 individual LEDs, which can be locally turned on or off, rather than one large backlight found in typical desktop displays.

The pro price tag doesn’t stop with the monitor itself; Apple’s display is sold without a stand. The adjustable and rotatable Pro Stand from Apple costs an extra $999 and if you already have a stand that you want to use with the Pro Display XDR, the Vesa mount is still an additional $200.

You can order the Mac Pro and Pro Display from the Apple Online Store right now.