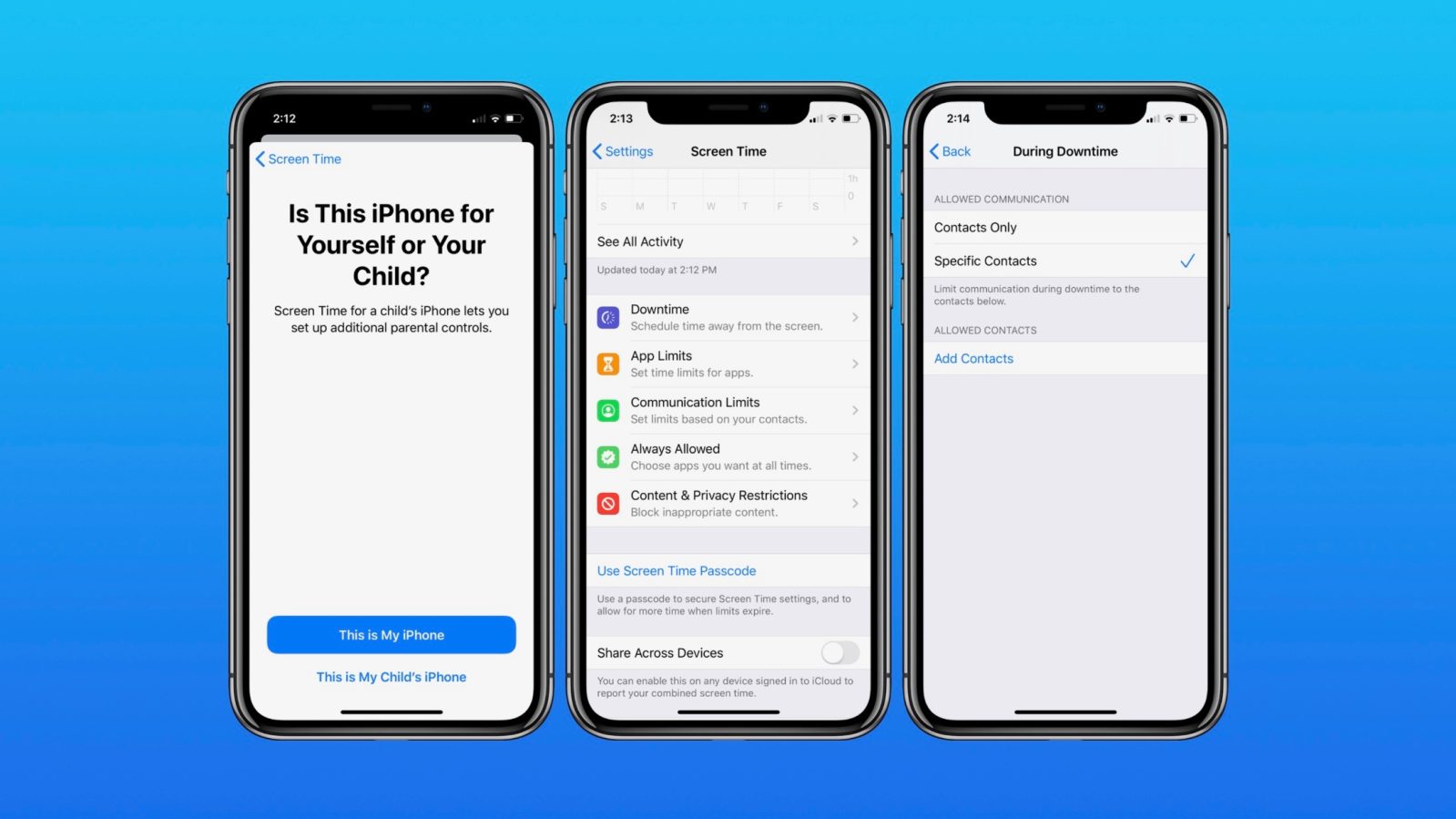 Apple this week released iOS 13.3 to the public, which includes a new Communication Limits feature for Screen Time. A new report from CNBC, however, explains that the feature doesn’t exactly work as it’s designed to.

Today’s report explains that if contacts are not stored in iCloud, the Communications Limit feature doesn’t work as it should. If an unknown number texts a child’s phone, the Messages app gives the child the option to add that phone number to their contacts. Once that number is added, the child can call, FaceTime, or text the person.

What is meant to happen is that when a child tries to add a new contact, they should be presented with a passcode prompt for the parent. Another flaw discovered by CNBC: a child can ask Siri on the iPhone or Apple Watch to call or text any number, regardless of Screen Time limitations.

If Downtime is enabled, which blocks kids from using certain apps between certain hours of the day, there is no option to add a number to the address book. Thus, the features all work as designed.

In a statement, Apple acknowledged this bug, but said that it only occurs in a “non-standard configuration.” Nonetheless, an upcoming software update will fix the problem:

“This issue only occurs on devices set up with a non-standard configuration, and a workaround is available. We’re working on a complete fix and will release it in an upcoming software update.”

That workaround mentioned by Apple is to force contacts to sync with iCloud. To do this, open the Settings app, scroll down to “Contacts,” choose “Default Account” and change it to iCloud.

There’s no word on when Apple plans to roll out a fix for this problem, but it seems likely to come at some point in the form of iOS 13.3.1.