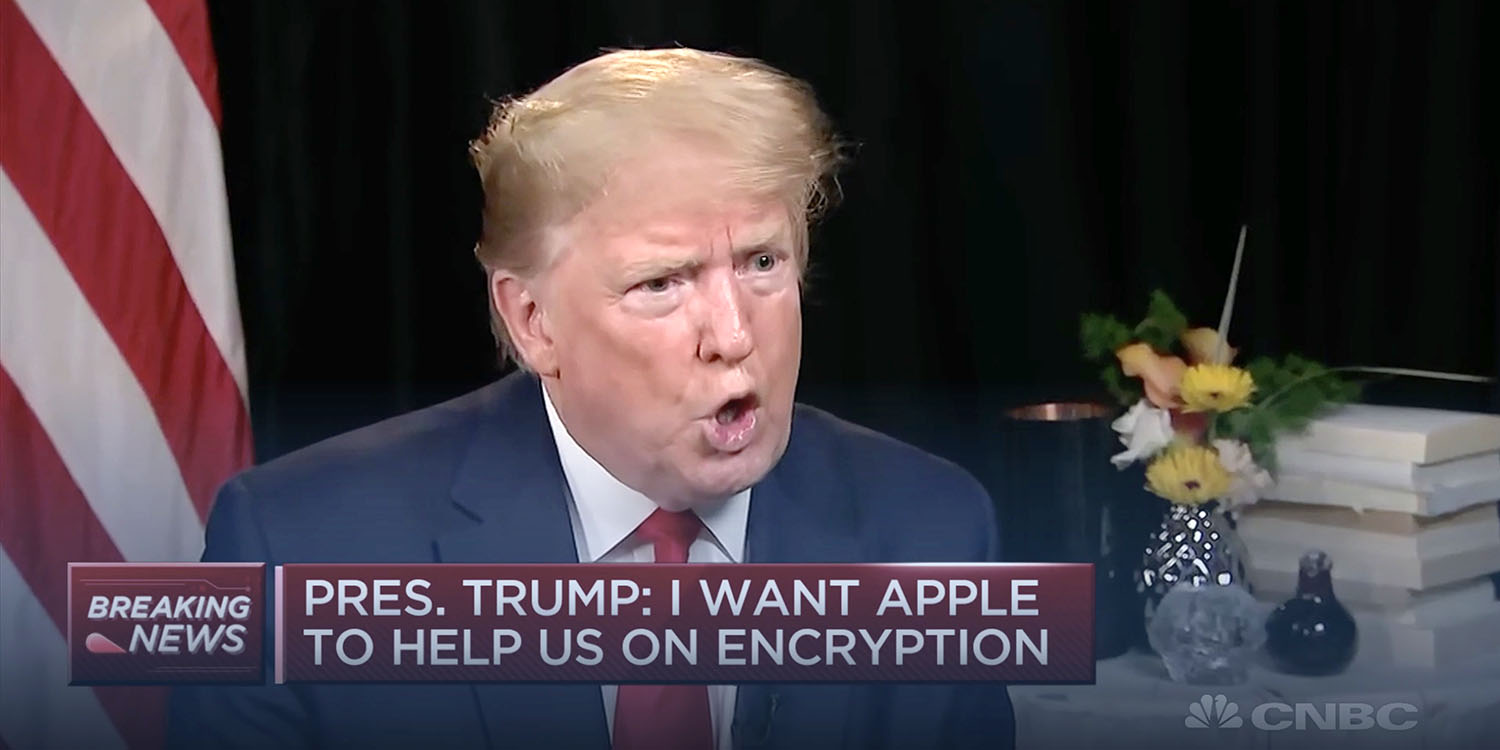 Trump’s comment is ironic given that Bloomberg reports the phone in question contained data that a congressional committee wanted as part of the impeachment proceedings against the president.

It took the Federal Bureau of Investigation about two months to unlock the Apple iPhone 11 that was seized from Lev Parnas, the indicted associate of Rudy Giuliani […]

The lawyer, Joseph Bondy, told the judge last month that he would turn over the iPhone data and other documents subpoenaed by the House committee investigating President Donald Trump. Parnas is a Ukrainian-born US citizen who’s charged with illegally funneling foreign money into US elections. He has pleaded not guilty and is out on bail.

Parnas had been working with Giuliani to dig up political dirt in Ukraine on Hunter Biden and his father, former Vice President Joe Biden, Trump’s top Democratic rival in next year’s presidential election. Trump’s demand on a July phone call with Ukraine’s leader to announce an investigation into the Bidens prompted the impeachment inquiry in the US.

The length of time needed to crack the iPhone 11 is likely because it’s better protected than older phones, though it’s that possible that Parnas used a longer alphanumeric passcode that would slow a brute-force attack.

In the case of the Pensacola shooting, however, the phones are much older ones that can be trivially cracked. An unpatchable exploit known as checkm8 allows any iPhone from the 4s to the iPhone X to be jailbroken, even devices running iOS 13, which makes attacking them far easier. The Pensacola devices are an iPhone 5 and an iPhone 7.