AAPL down 4.75%, other tech giants too, as coronavirus nears pandemic status 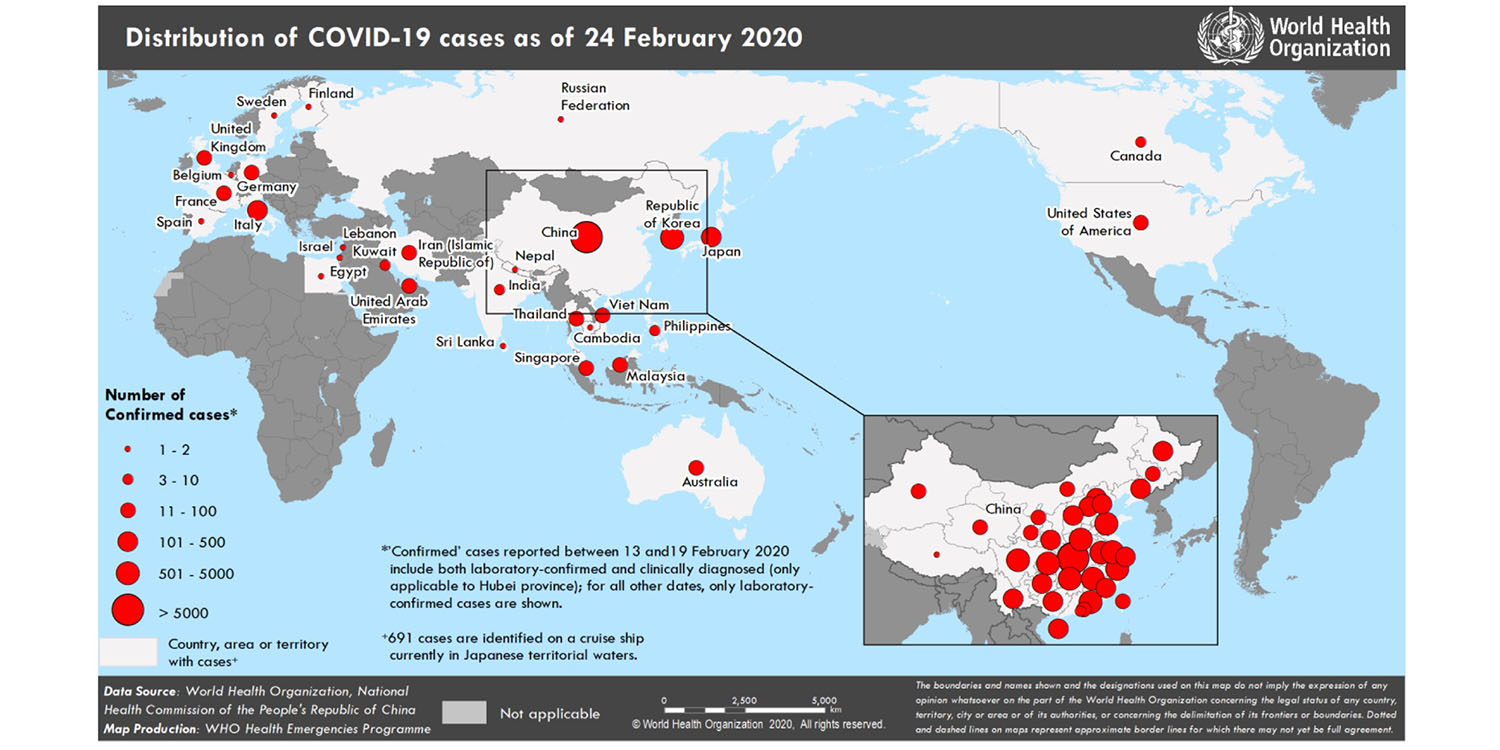 AAPL lost 4.75% of its value yesterday as fears grow that the coronavirus outbreak may be spreading to other countries too quickly to be contained. The World Health Organisation (WHO) has warned that the spread is now nearing the point at which it may be declared a pandemic.

While the coronavirus spread rapidly within China, there had been only a limited number of cases in other countries. However, that now appears to be changing, with deaths in Iran, Italy, and South Korea. A thousand hotel guests in Tenerife, part of the Canary Islands, have also been quarantined after a confirmed case there.

There are other confirmed cases in the US, Canada, and other countries spanning Asia, Australia, the Russian Federation, the Middle East, and Europe.

The latest WHO report says there were 156 new deaths and 715 new cases in the preceding 24 hours.

Business Insider notes that Apple was one of five tech giants who saw more than $200B wiped from their market caps in yesterday’s trading – though there has been some clawback in pre-market trading.

All five technology titans saw their stocks tumble at least 4% as investors braced for coronavirus to escalate into a global pandemic. Apple, the most valuable public company in the world, saw more than $60 billion wiped off its $1.4 trillion market cap.

Microsoft also gave up nearly $60 billion, while Amazon and Alphabet’s market caps both shrunk by more than $40 billion. Facebook, the least valuable member of the group, surrendered more than $25 billion […]

However, the “big tech” quintet look set to regain ground — their stocks rose roughly 1% in pre-market trading on Tuesday.

Analysts and investors have so far taken the view that the financial impact on Apple is likely to be temporary, with lost sales this quarter being made up once the coronavirus outbreak is contained, but there is now more nervousness.

Apple is doing what it can to resume operations, more than half its stores in China now open, though with limited hours. Apple suppliers are also working hard to boost production outside China to help offset lost capacity within the country. Apple has said its ‘paramount concern‘ is the health and safety of its employees, partners, customers, and suppliers.