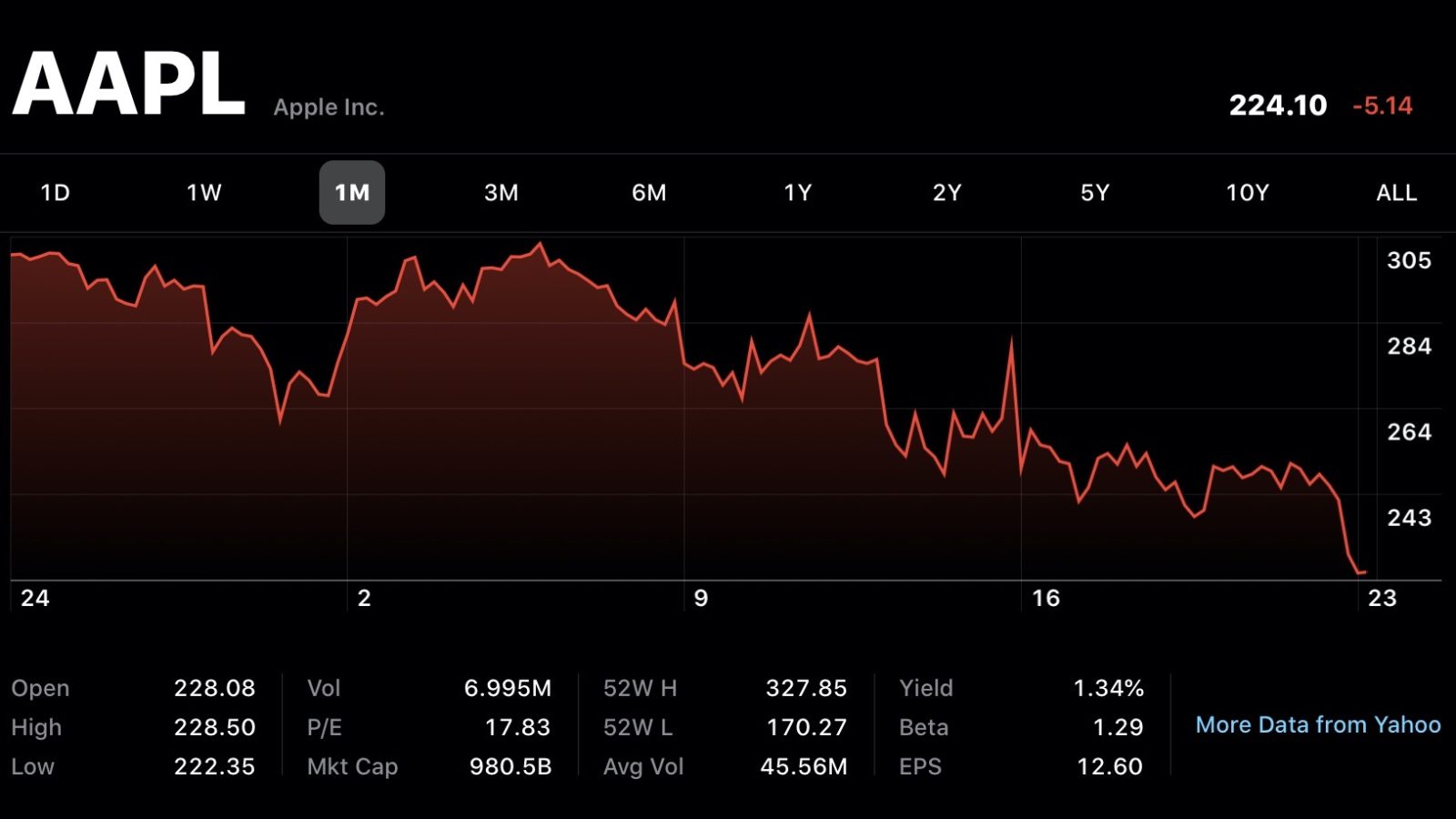 As the coronavirus pandemics continues on, AAPL is seeing further declines along with the rest of the market. This morning with the opening bell, Apple’s stock dropped another 3% which put the company below a $1 trillion-dollar valuation.

Update 3/24: The entire US market saw a boost with the opening bell this morning tied to a potential rescue bill for the economy.

AAPL is up 5% at the time of writing at $235 a share, putting it back over the $1 trillion-dollar market cap mark.

Just after the markets opened this morning we saw the DJIA, NASDAQ, and S&P 500 indices, along with AAPL and most other stocks take another hit as the global health pandemic spreads.

At the time of writing, AAPL is hovering around the $220 mark, which is the value we saw Apple stock at in October of last year. That’s coming from a high of $327 just last month (which also happens to be the 52-week high).

The current share price puts Apple’s market cap at around $965-$975 billion (depending on source).

For now, it’s just Microsoft holding on to the remaining trillion-dollar valuation…

$MSFT is the last $1T US company https://t.co/QIgMLaO6bb

For the bigger picture, the economic impact has been so severe that the S&P 500 has dropped to the same value it saw back in 2017 when Trump took office.

BREAKING: S&P 500 has erased all of its gains since President Trump's inauguration https://t.co/DbN3KVGJ9J pic.twitter.com/JlHIQWbM0z