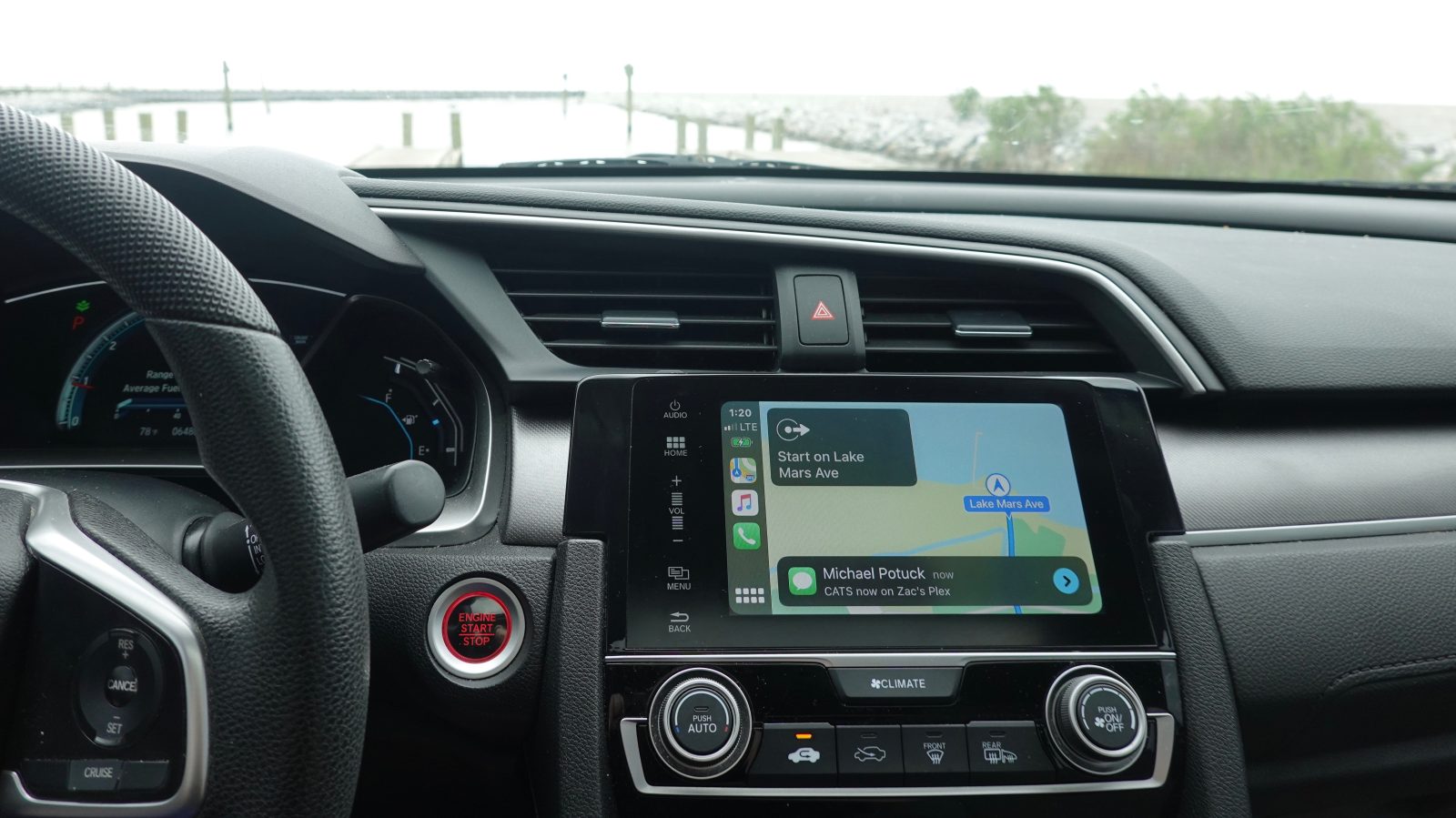 Now there’s a solution for turning standard CarPlay into Wireless CarPlay, at least for some models, and it actually works!

There are a handful of adapters that claim to turn CarPlay into Wireless CarPlay for around $100. Compatibility with specific car makes and models is the tricky part though. My first order for a Wireless CarPlay adapter was canceled by the vendor last year due to concerns with compatibility. My pal Jake Pugh had a positive experience with an adapter he tried in his 2016 Chevy Volt, however, so I recently took another shot at trying one myself.

I used a CarLink 2.0 adapter for my 2017 Honda Civic. My expectations were really low. I didn’t expect it to work, but it was worth the cost to experiment. Turns out the product is nearly perfect! 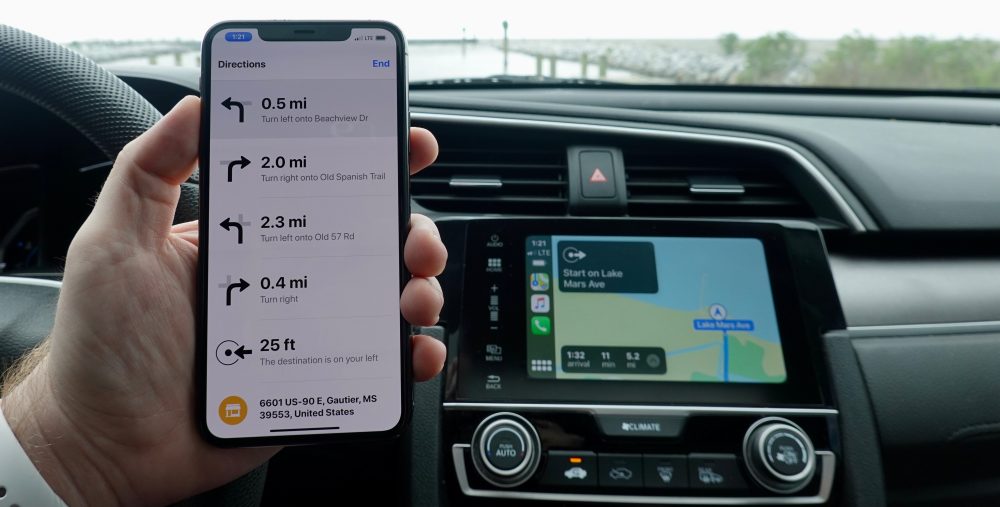 Setting up the adapter is no harder than pairing with Wireless CarPlay. Connect the adapter to your car’s USB port that powers wired CarPlay, then pair your iPhone to the adapter over Bluetooth from the Settings app.

I tried the adapter when it arrived just to check if it paired. I had a total surprise-and-delight moment a few days later. I took a short drive across town with my iPhone in my pocket without thinking about the adapter, and CarPlay just appeared on my screen automatically.

Latency aside, there are two other issues I’ve experienced using the adapter. The first is worth the trade-off.

Standard CarPlay in my car doesn’t display boxes around on-screen content like cars with physical controls for selecting content without touch input. Wireless CarPlay using the adapter does show these boxes around buttons, however, but I don’t mind.

The other issue is one that is undoubtedly related to using an unofficial adapter for Wireless CarPlay.

Standard CarPlay has two types of volume levels: navigation volume and everything else. If I change my entertainment system volume while navigation is speaking, the nav volume adjusts from a scale of 0 to 11. If navigation isn’t speaking, my car has a volume scale for everything else that ranges from 0 to 40. Navigation also plays over other audio so you can hear your next turn even if you’re playing music. 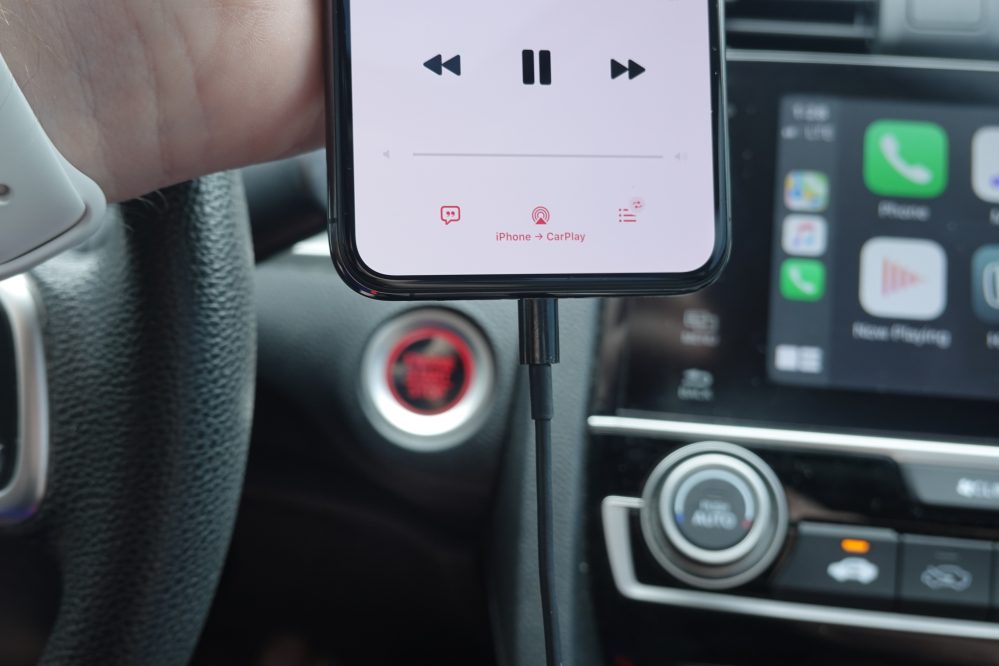 Standard CarPlay takes over if you connect a Lightning cable

The problem when using Wireless CarPlay with the adapter is this: music and podcasts can get stuck at the reduced volume after a nav alert. Trying to turn up the music (on a 0 to 40 scale) only prompts nav volume (0 to 11) to change. The fix is disconnecting and reconnecting the physical adapter, but it eventually happens again.

Navigation is a major part of using CarPlay on long trips, but it’s less important for shorter drives around town for me. Wireless CarPlay is just perfect for short drives where no charging is necessary.

The upside is that the adapter receives firmware updates! There may actually be one already available, but I didn’t have the patience to run it during setup. I’ll update the piece if it resolves either issue. 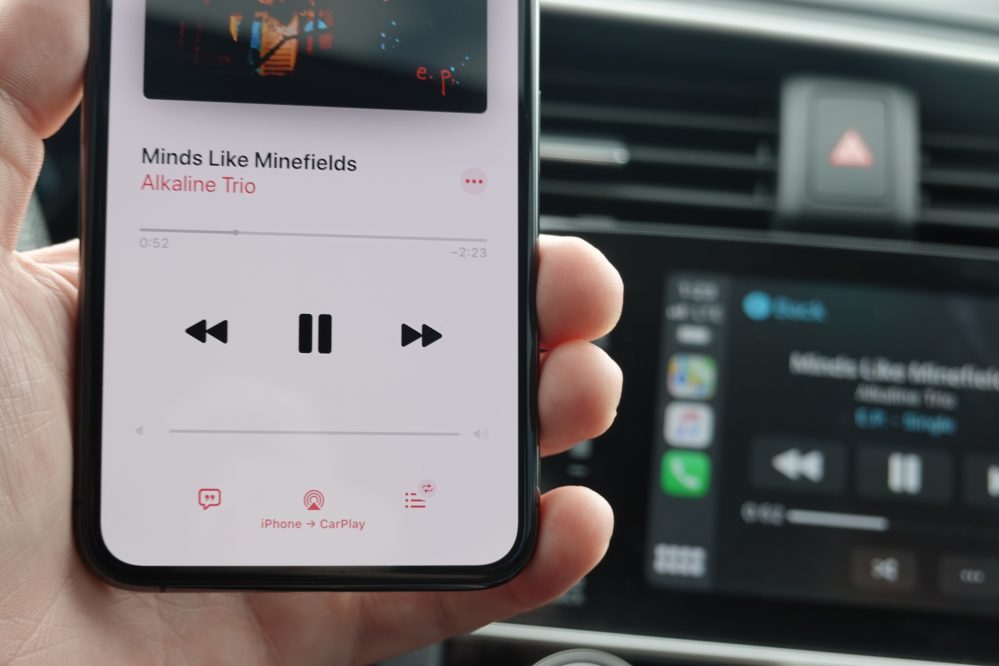 In the meantime, I’m incredibly happy with the CarLink 2.0 adapter. I highly recommend trying this adapter or one similar if you already have CarPlay but wish it was wireless.

The price can be much more affordable than buying an aftermarket Wireless CarPlay head unit and paying for installation. The adapter currently ships for $110.99 with a coupon code from Amazon.