[Update: Available globally] Facebook rolling out new web design with dark mode, here’s how to use it 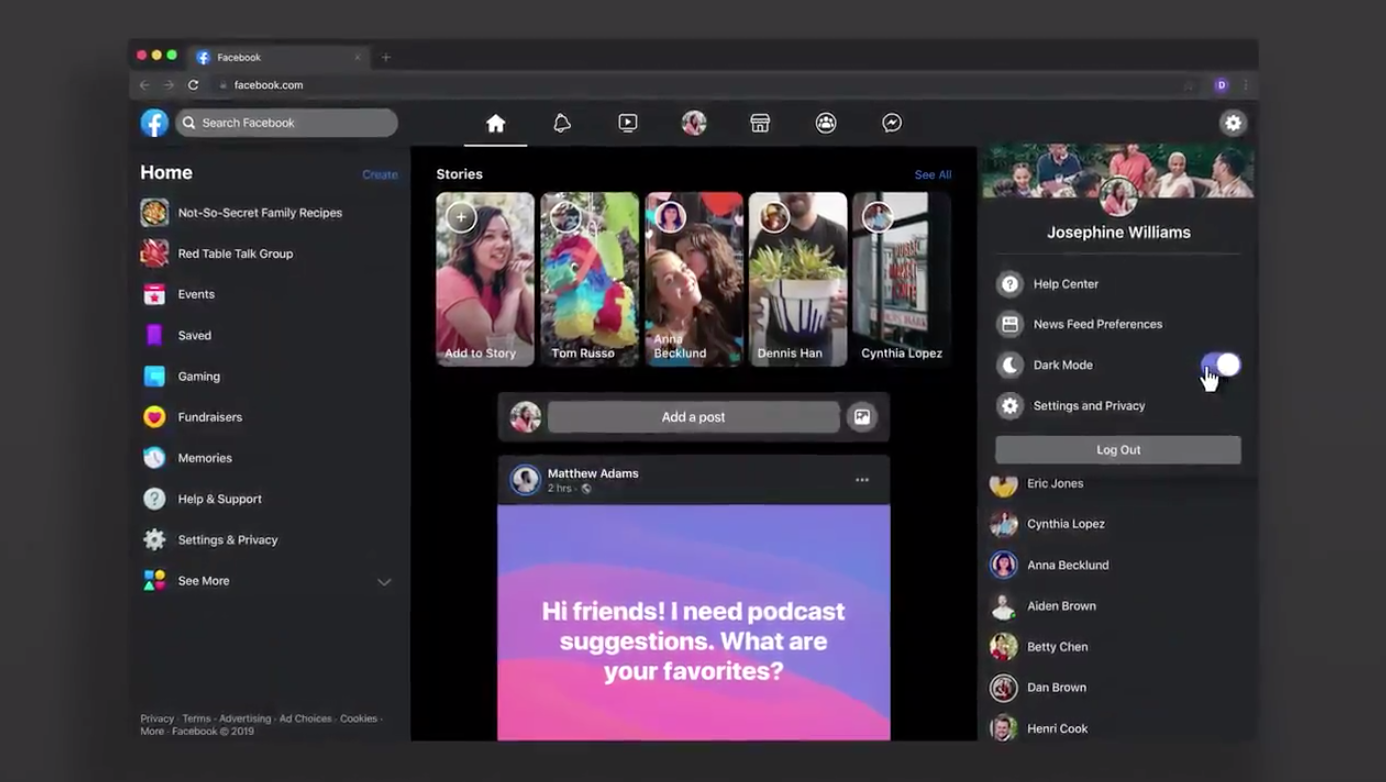 Sliding in just a day later than its announced deadline, Facebook is starting to roll out its new design for its web experience to all users. The new UI matches what the company launched on mobile last year and comes with a dark mode option when using Facebook in a browser. Follow along for how to turn on the new dark theme.

Update 5/8:  Facebook announced today that dark mode for its website has rolled out to all users around the world (via The Verge). Check out how to get going with it below…

Unfortunately, while Facebook for iOS got the new UI seen now on the web it still hasn’t received the long-awaited dark mode treatment. We did, however, get a glimpse of what it will look like last month. But it’s hard to know when Facebook might officially bring the feature to the public for iPhone and iPad.

Now on the first day of spring, Facebook announced the “fresh, simpler facebook.com” is rolling out “to everyone over the next few months.” Not quite the update the company alluded to back in January but it’s nice to see the modern look that matches the iOS app.

Note, we’ve seen the change on Google’s Chrome browser but not yet on Safari.

We’ve found the dark mode option for Facebook on the web doesn’t work with the macOS’ system-wide Dark Mode.