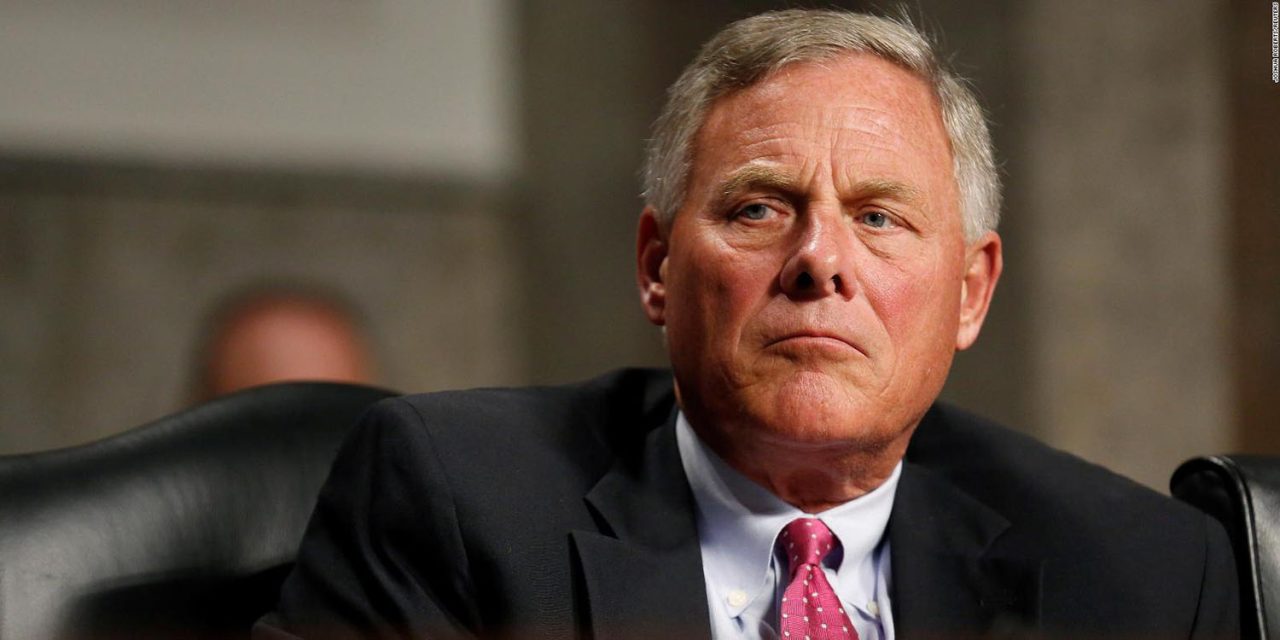 The LA Times reports on the latest development in the investigation into possible insider trading.

Burr sold a significant percentage of his stock portfolio in 33 different transactions on Feb. 13, just as his committee was receiving daily coronavirus briefings and a week before the stock market declined sharply. Much of the stock was invested in businesses that in subsequent weeks were hit hard by the plunging market […]

Burr of North Carolina, the chairman of the Senate Intelligence Committee, turned over his phone to agents after they served a search warrant on the lawmaker at his residence in the Washington area, the official said, speaking on condition of anonymity to discuss a law enforcement action […]

Such a warrant being served on a sitting U.S. senator would require approval from the highest ranks of the Justice Department and is a step that would not be taken lightly. Kerri Kupec, a Justice Department spokeswoman, declined to comment.

A second law enforcement official said FBI agents served a warrant in recent days on Apple to obtain information from Burr’s iCloud account and said agents used data obtained from the California-based company as part of the evidence used to obtain the warrant for the senator’s phone.

The legal test required for such a warrant is having ‘probable cause’ to believe that a crime has been committed.

Burr, a longtime supporter of federal programs responsible for dealing with a pandemic, sits on two Senate committees that got early briefings on the coronavirus — the Intelligence Committee and the Senate committee that handles health issues.

The health committee received a briefing on the virus on Feb. 12, one day before his stock trades.

The same day Burr sold [between $628,000 and $1.72 million worth of] stocks, Burr’s brother-in-law, Gerald Fauth, sold between $97,000 and $280,000 worth of six stocks, according to documents filed with the Office of Government Ethics. Fauth serves on the National Mediation Board, which provides mediation for labor disputes in the aviation and rail industries.

Burr has denied coordinating trading with his brother-in-law.

It is as yet unknown whether the FBI has managed to access Senator Richard Burr’s iPhone, though an iCloud backup would provide a copy of most of the data stored on it. That will hopefully mean we don’t see a repeat of the agency trying to pressure Apple into compromising iOS security in order to access it.