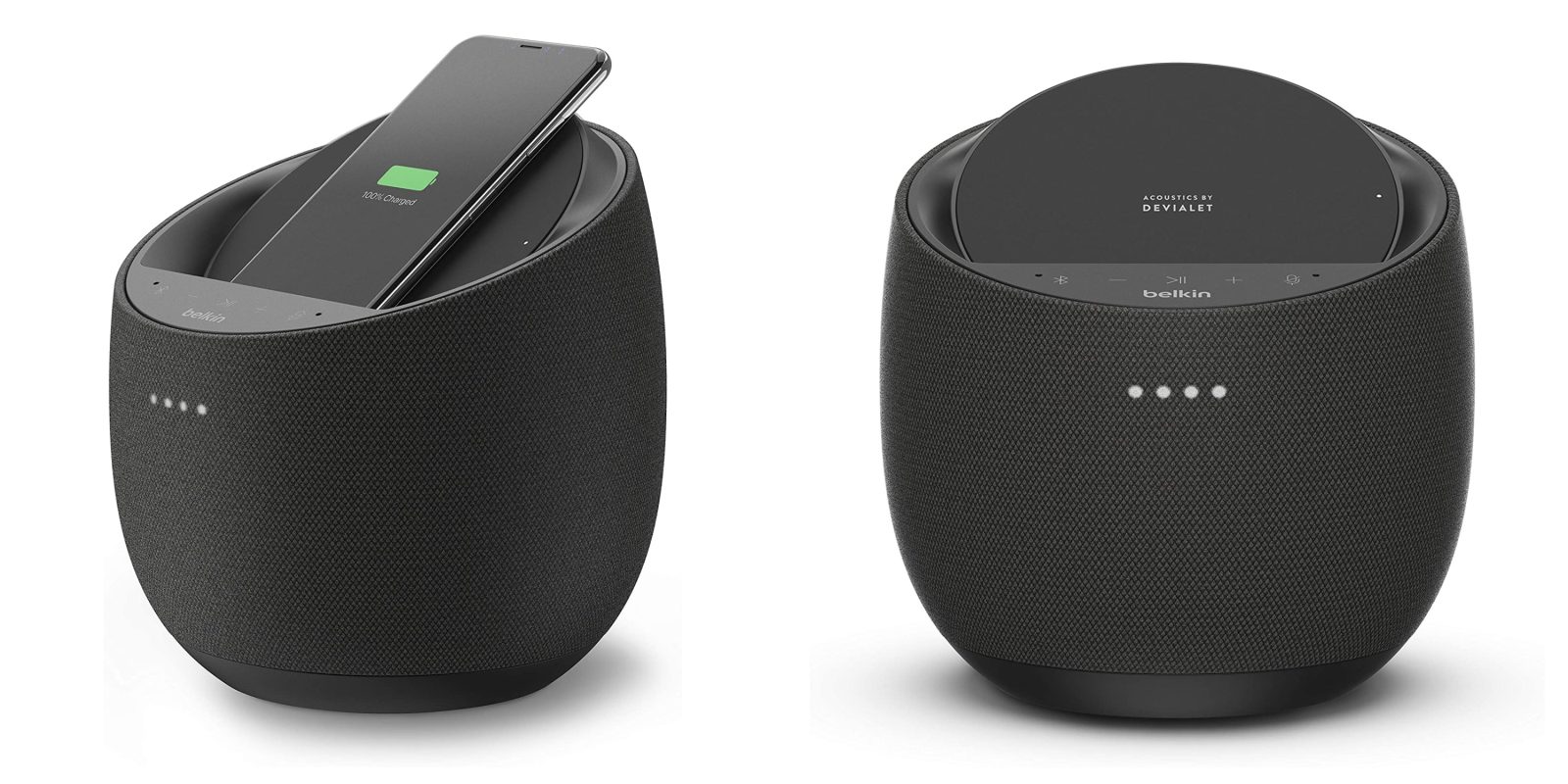 The headliner of the three new products is the SoundForm Elite Hi-Fi Smart Speaker. Belkin teamed up with the high-end audio company Devialet to produce the high-quality sound in this unique smart speaker.

Unfortunately, there’s no AirPlay 2 or Siri support here so for the smart portion of this speaker users will rely on Google Assistant. One of the unique selling points is the integrated wireless charger on the top of the speaker. As my colleague Zac Hall pointed out, that gives it an interesting aesthetic, almost like a HomePod sliced at an angle.

I got to listen to the SoundForm Elite at CES back in January and was impressed with the sound quality and volume it could produce but didn’t find it to be better than Apple’s HomePod.

The SoundForm Elite Hi-Fi Speaker is available now priced at $299 and comes in black and white.

This might be a nice option for those who use both iOS/Android or at least both Siri/Google Assistant. But for strict Apple users, HomePod selling for the same or less will likely be more appealing.

Check out our sister-site 9to5Google’s in-depth review for more details.

As the name describes, the 3-in-1 Wireless Charger has juice up an iPhone, Apple Watch, and AirPods simultaneously, it has a stand-style wireless charger for iPhones.

The Dual Wireless charger is a pad-style charger and can handle two devices at a time (excluding Apple Watch).