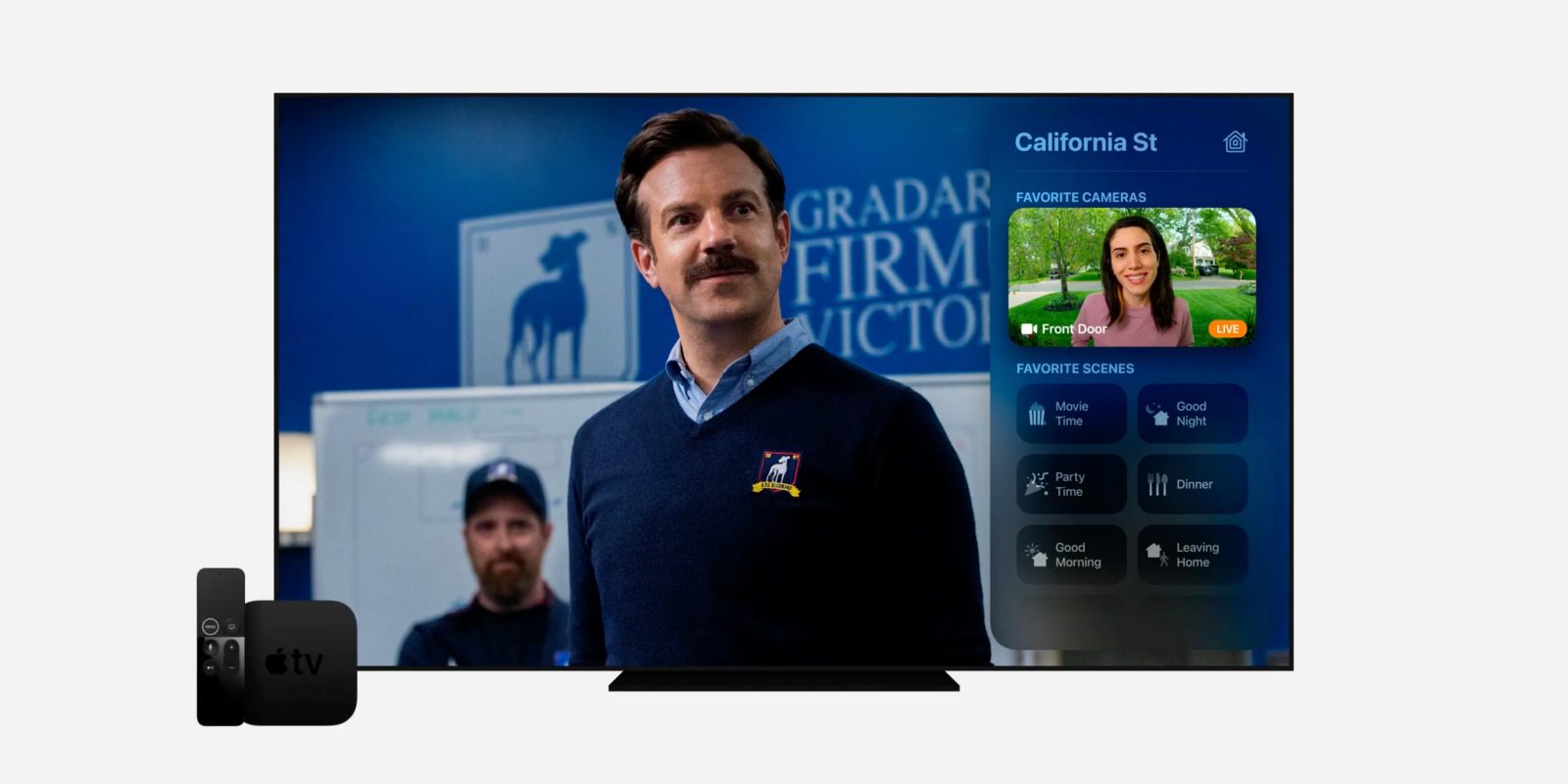 tvOS 14 is out now, available to install on your Apple TV fourth-generation or Apple TV 4K set-top box. To update, go to the Settings app and navigate to General -> Software Update.

tvOS 14 brings a variety of new features and enhancements to your Apple TV, including richer integration with HomeKit accessories like cameras and smart doorbells, support for 4K videos in YouTube for the first time, improved multi-user and Picture-in-Picture video across the system.

Apple continues to evolve the Apple TV platform with new features that bring Apple experiences into the living room. Although the company is bringing parts of the Apple TV experience to smart TVs, like the TV app and AirPlay, Apple is pushing tvOS forward to make sure it has distinct advantages.

The Apple TV still doesn’t have a Home app, but now it works more harmoniously with the rest of your smart home. If you have a HomeKit video doorbell, the Apple TV will listen out for you and show a notification when the doorbell rings, including a live video stream. (Incoming AirPlay Mirroring requests can also appear in this floating thumbnails, so they don’t have to interrupt what you are watching.)

In the Control Center panel, you can now quickly swipe through all of your HomeKit cameras and tap to expand to full screen. You can also control your house by activating your favorite HomeKit scenes from the Apple TV Control Center.

Apple launched the concept of multiple user accounts last year with tvOS 13. You can change account from Control Center, and switch your logins for Apple TV and Apple Music profiles. This year, Apple has extended that support to Game Center so all your game save progress and achievements also correspond to the currently-logged in user.

This means your progress in Apple Arcade synchronizes for every member of your family to the Apple TV. Just switch to your user account and then pick up and play from where you left off.

The Apple TV 4K led the way in visual and audio fidelity with support for HDR10, Dolby Vision and Dolby Atmos since it debuted in 2017. However, one of the biggest outliers to this support has been the YouTube app.

Due to a fight between Apple and Google over 4K video codecs, the Apple TV has been unable to play 4K YouTube videos … until now. With tvOS 14, the Apple TV understands the VP9 video codec, which means 4K YouTubes now play at full resolution.

Picture-in-Picture was previously available in the TV app only. Now, it is available system-wide. Just like on iPad (and iPhone with iOS 14), any app can hoist the playing video into a floating window, which will stick to the corner of the screen. You can then navigate around the entire Apple TV interface whilst the video continues to play.

Get updating to tvOS 14 right now on your own Apple TV box. Today, Apple also released the public version of iOS 14 and watchOS 7.