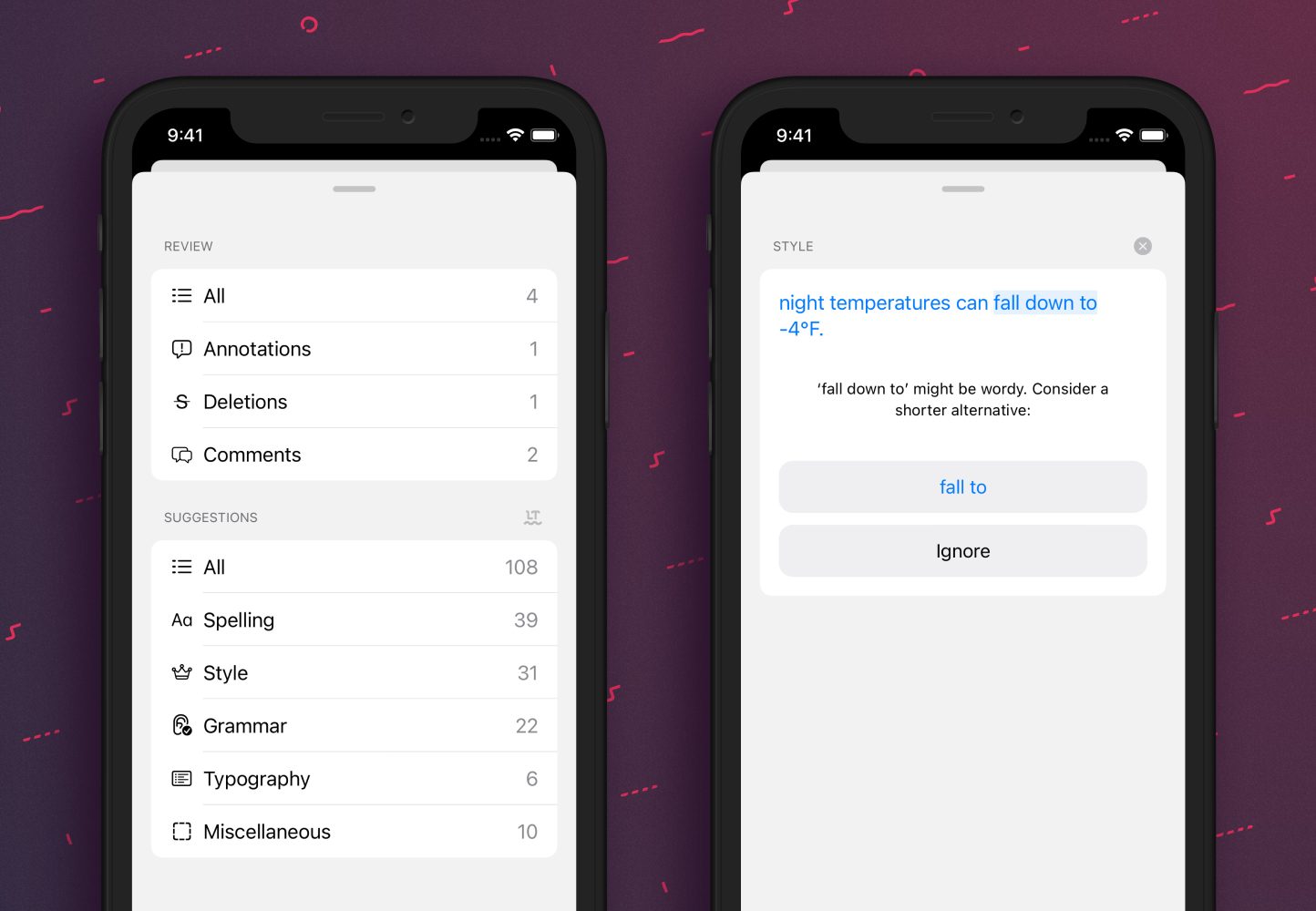 Ulysses is one of the most popular writing and Markdown editor apps available for iPhone, iPad, and Mac. The iOS version of the app is about to get a major update with grammar and style check, which is already available in the Mac version.

The latest update of Ulysses for Mac has added a new Revision Mode and options to check the grammar and style of texts, and these features are coming this month to iPhone and iPad with Ulysses 21.

With the Revision Mode, users can hide unnecessary features and just focus on annotations and suggestions. As the name suggests, this mode is perfect for reviewing your texts with specific markings and comments.

However, the biggest change from this update is the addition of an advanced grammar and style checker. Ulysses can now offer suggestions and detect grammar errors such as capitalization, punctuation, semantics, redundancy, typography, and style. According to the developers behind the app, grammar suggestions work in over 20 languages.

Revision mode, with an advanced grammar and style check as a central element, was part of the Ulysses 20 release early this summer and was initially limited to the app’s Mac version. With Ulysses 21, it will become available on iPad and iPhone as well. Cross-platform feature parity is critical for us, and many of our users rely on the iPad as a full-fledged working machine. We wanted to come up with an iOS solution as soon as possible

The interface of Ulysses has also been revamped to match the style of iOS 14 and iPadOS 14, which brings a new Mac-like sidebar and compact menus.

Ulysses 21 will be available for iPhone and iPad users beginning October 6. The app is free on the App Store, but it requires a subscription of $5.99 per month or $49.99 per year.