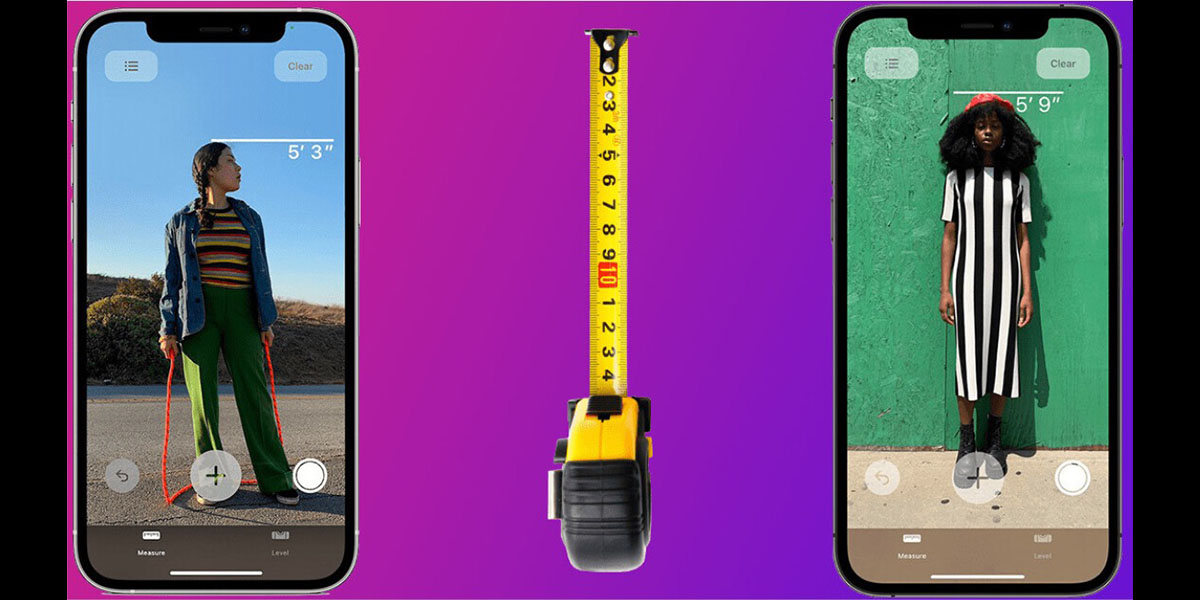 It’s a pretty niche feature, but the iPhone 12 Pro LiDAR sensor means that the device can measure someone’s height…

LiDAR (Light Detection and Ranging) is used to create a three-dimensional model of whatever the sensor is looking at. This can enable much more sophisticated augmented reality apps, as well as faster focus and better bokeh in Portrait photos, since the camera knows exactly how far away background elements are.

Your opening move is firing up the Measure app on your iPhone 12 Pro (or 2020 iPad Pro, as that has a LiDAR sensor too). Then make sure the person you’re measuring is fully in frame. At this point (but be patient), the Measure app should notice the person and give you their height.

The site’s Callum Booth said that it wasn’t 100% accurate all of the time, but pretty close.

It can be fooled by the shape of your hair, if you’re wearing a hat, and I found there was a little variance depending on where you stood.

Despite saying that — these all gave pretty minor variations, and I was genuinely impressed with the whole experience.

The Measure app debuted in iOS 12, and we found it proved impressively accurate even without LiDAR.

I’ve found Measure to be highly accurate. In two out of my three tests measuring the same space, the results were exactly the same, while the third measurements were only a couple of inches different. Better yet, the results that I got twice were dead on with the real life dimensions.

The app can report results in either metric or imperial units, and you can switch between them in Settings.

As you can imagine, there was definitely some camera shake and movement with this unstable setup but thanks to a little Night mode computational wizardry, better OIS, faster ISO, and of course LiDAR, Esther is still sharp and surprisingly color accurate.

The LiDAR worked great here — I realized later I never once messed with the focus, it was just locked in on her face the whole time. Also, creating an accurate depth map around the furry hood seems like it would be really complex, but the iPhone 12 Pro did a great job.