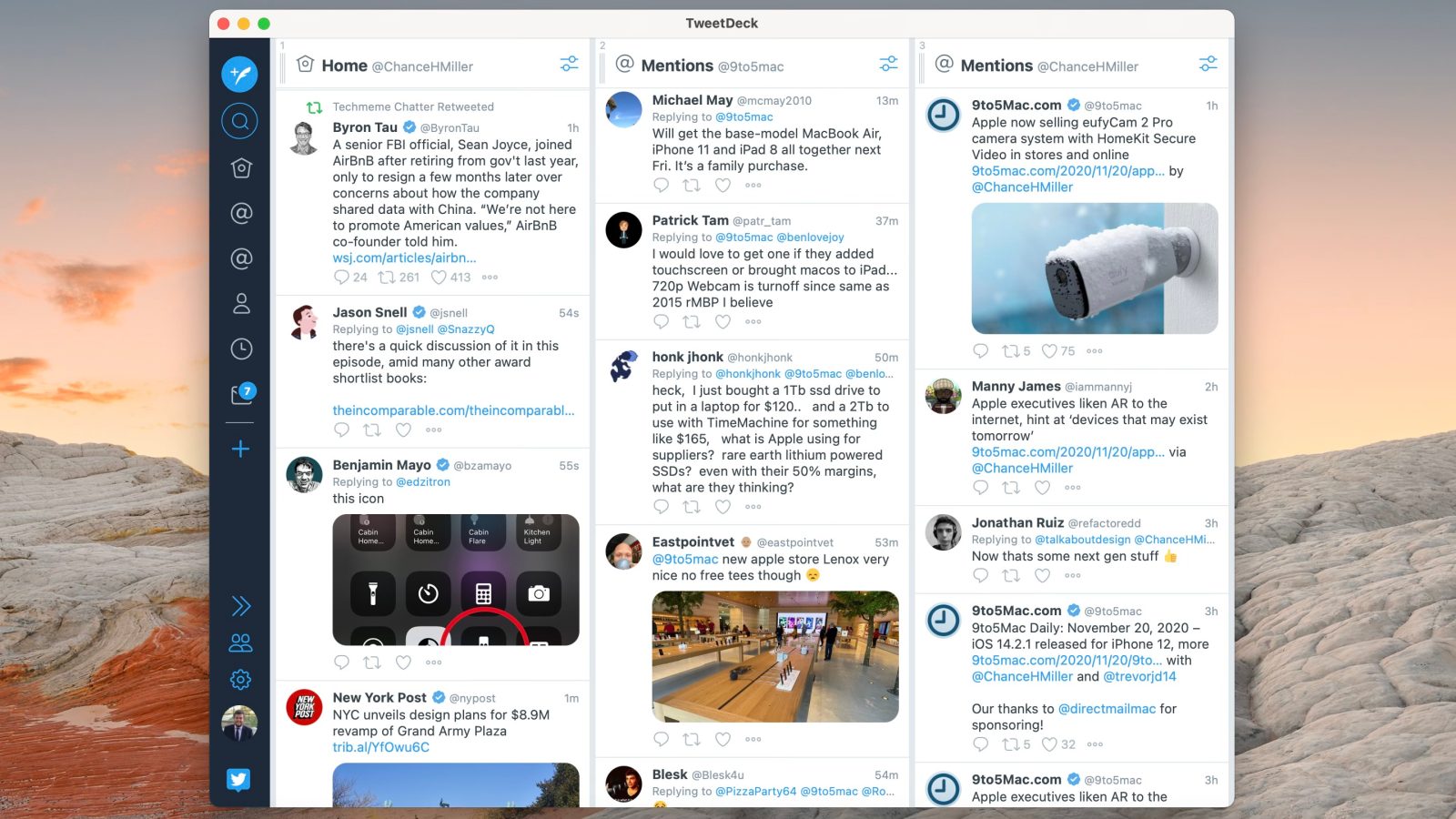 TweetDeck for Mac has been updated today with support to run natively on the first M1 Macs. This means TweetDeck now runs natively without translation on the new Mac mini, MacBook Pro, and MacBook Air.

TweetDeck for Mac is rarely updated, so it’s incredibly surprising to see the app get native support for the M1 processor so quickly. In fact, prior to today, the last update to TweetDeck for Mac came over a year ago via the Mac App Store.

Today’s update makes TweetDeck a Universal application, meaning it runs natively on both Intel and Apple Silicon Macs. The M1 processor also allows you to run three different types of applications on your Mac:

Today’s update to TweetDeck for Mac comes after Twitter for Mac was also updated with native support for the M1 processor, as well as a redesigned interface to match the new aesthetic of macOS Big Sur. The TweetDeck update includes no aesthetic changes, instead focusing purely on Apple Silicon optimization.