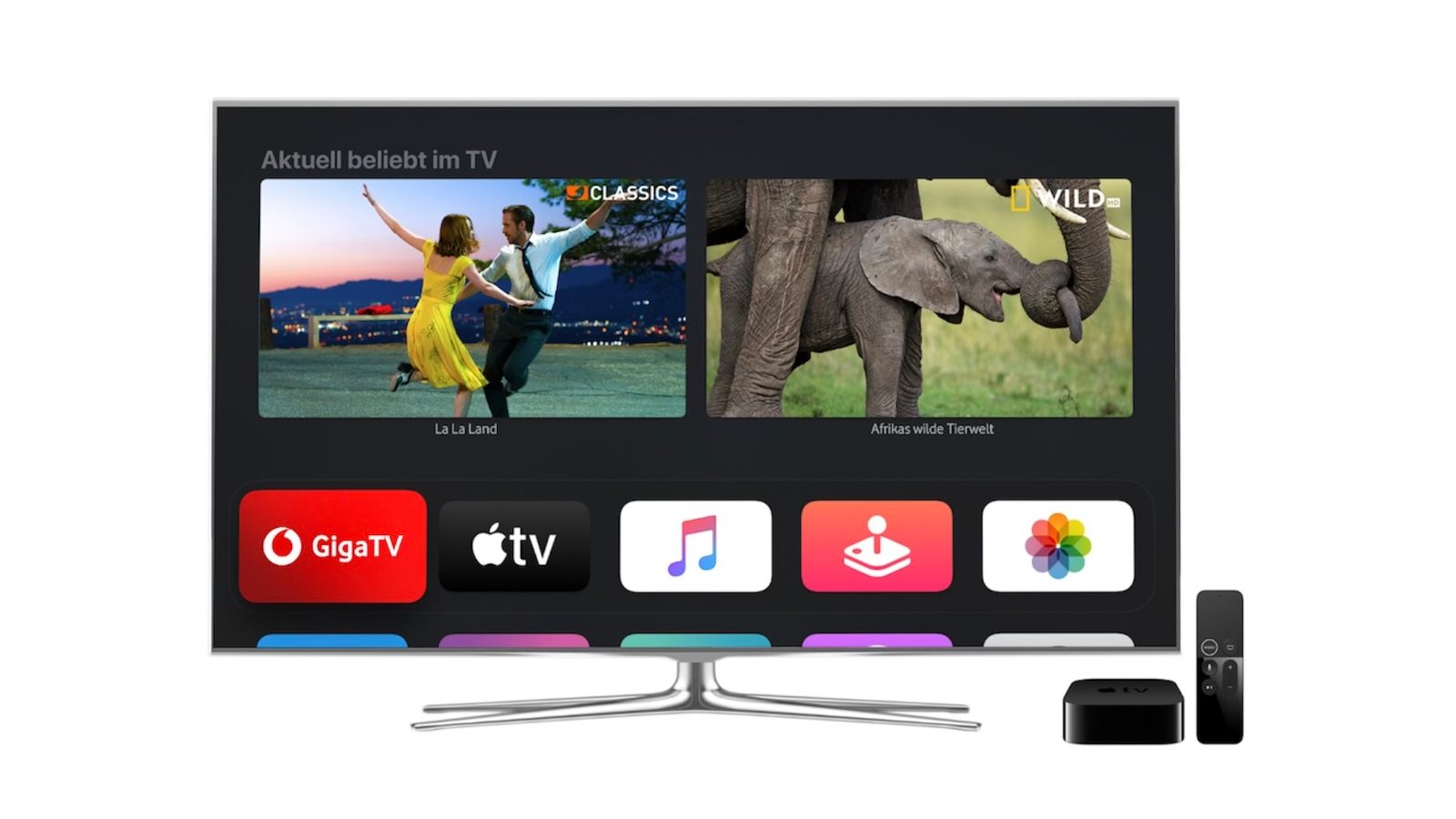 Vodafone has teamed up with Apple to offer the Apple TV 4K as a set-top box alternative to GigaTV customers in Germany. As reported by Macerkopf, the option is available at “no extra charge” with the over-the-top streaming service.

Vodafone is offering the Apple TV 4K as an alternative to the GigaTV Net Box at no extra charge. Users can download the GigaTV app from the tvOS App Store, and use all of the other features of the Apple TV just like you would if you had bought it outright.

New and existing customers receive Apple TV 4K as a loan device from Vodafone at no extra charge during their GigaTV contract period. If you already own an Apple TV 4K, you can also simply download the GigaTV app from the app store and enter your GigaTV credentials.

If a GigaTV customer already has an Apple TV, they can simply download the GigaTV app from the App Store and sign in with their credentials. Finally, Vodafone customers can use Apple’s “single sign-on” process so that they only have to authenticate once across their Apple devices.

Finally, GigaTV customers can add up to two additional Apple TV 4K units for 10 euros each per month for the duration of the contract. You can learn more on the GigaTV website.

This is yet another example of a cable provider offing the Apple TV as an alternative to traditional set-top boxes. Last year, Charter began offering the Apple TV 4K for $7.50 per month for existing TV and Internet customers.