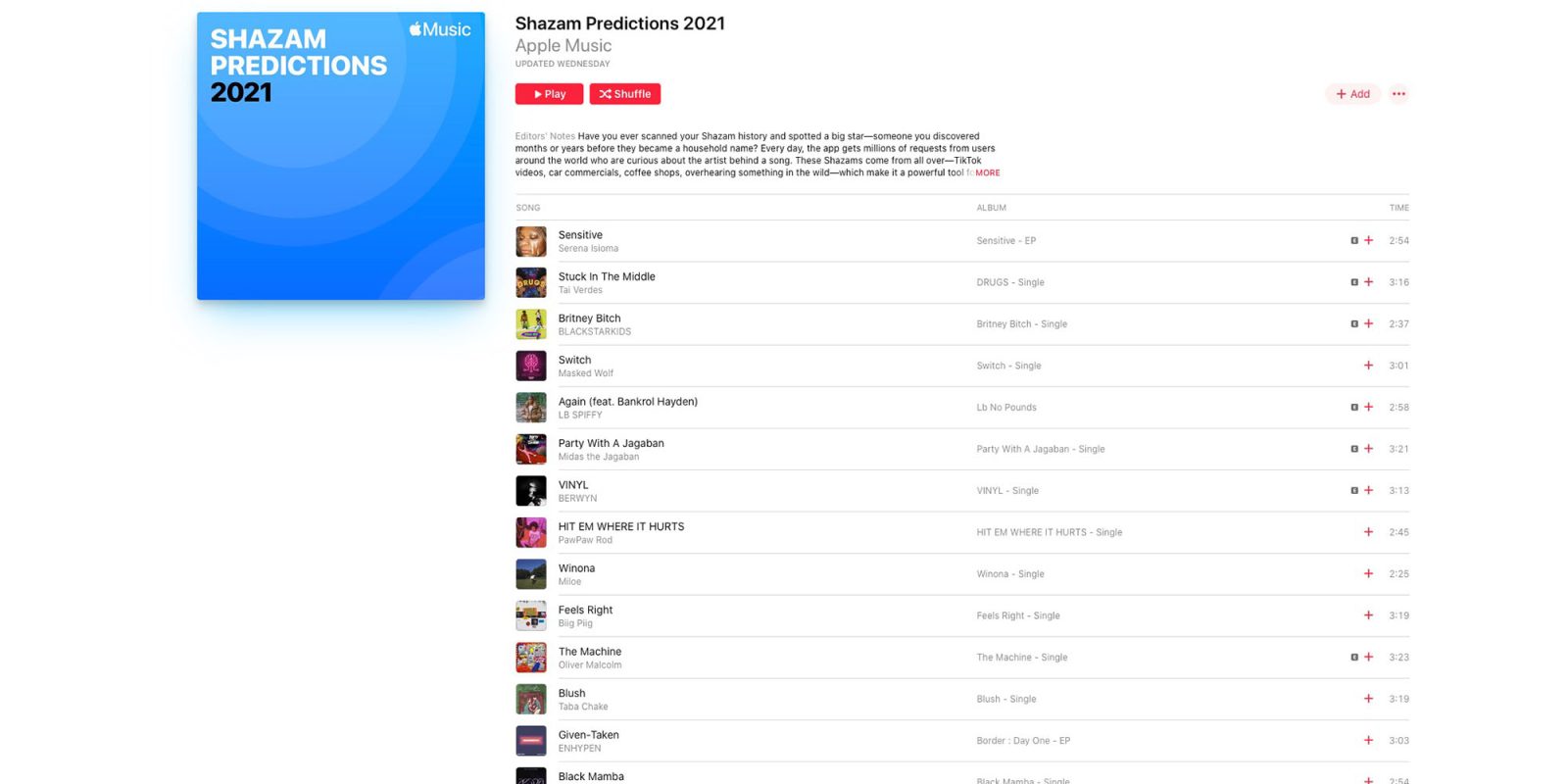 Apple is using Shazam data to predict hot artists for 2021 – those who are not yet big names but have been Shazammed by lots of people lately.

Apple Music has put together a playlist it calls Shazam Predictions 2021.

Have you ever scanned your Shazam history and spotted a big starsomeone you discovered months or years before they became a household name?

Every day, the app gets millions of requests from users around the world who are curious about the artist behind a song. These Shazams come from all over TikTok videos, car commercials, coffee shops, overhearing something in the wild which make it a powerful tool for predicting tomorrow’s heavy hitters.

This playlist features 50 emerging artists who, based on Shazam data reviewed by our editors, are poised to have a breakthrough year. It’s a remarkably global and diverse bunch. Hailing from all corners of the globe (Australia, Congo, Belgium, Zimbabwe, and Puerto Rico are all represented here) with fusions of currently beloved genres like K-pop, house, and R&B, these are the artists to watch out for in 2021.

A lot of eyebrows were raised at the time Apple acquired the app. Shazam already powered Siri’s music recognition capabilities, so one obvious reason for wanting it was to protect that deal. But it seemed like a lot of money, leading to speculation that Apple was more interested in using the data to predict future hits.

When someone identifies what a song is through Shazam, that’s a pretty strong signal that it’s catchy, or distinctive. “Our data has shown that we can typically predict 33 days in advance what’s going to be at the top of the Billboard Hot 100,” a Shazam executive said in 2014.

If so, it’s interesting that Apple is willing to share the data publicly. It could mean the company already has some kind of deal in place with the artists featured. Watch this space, I guess!

Apple recently revamped the iOS app, and launched a beta version of Shazam on the web.