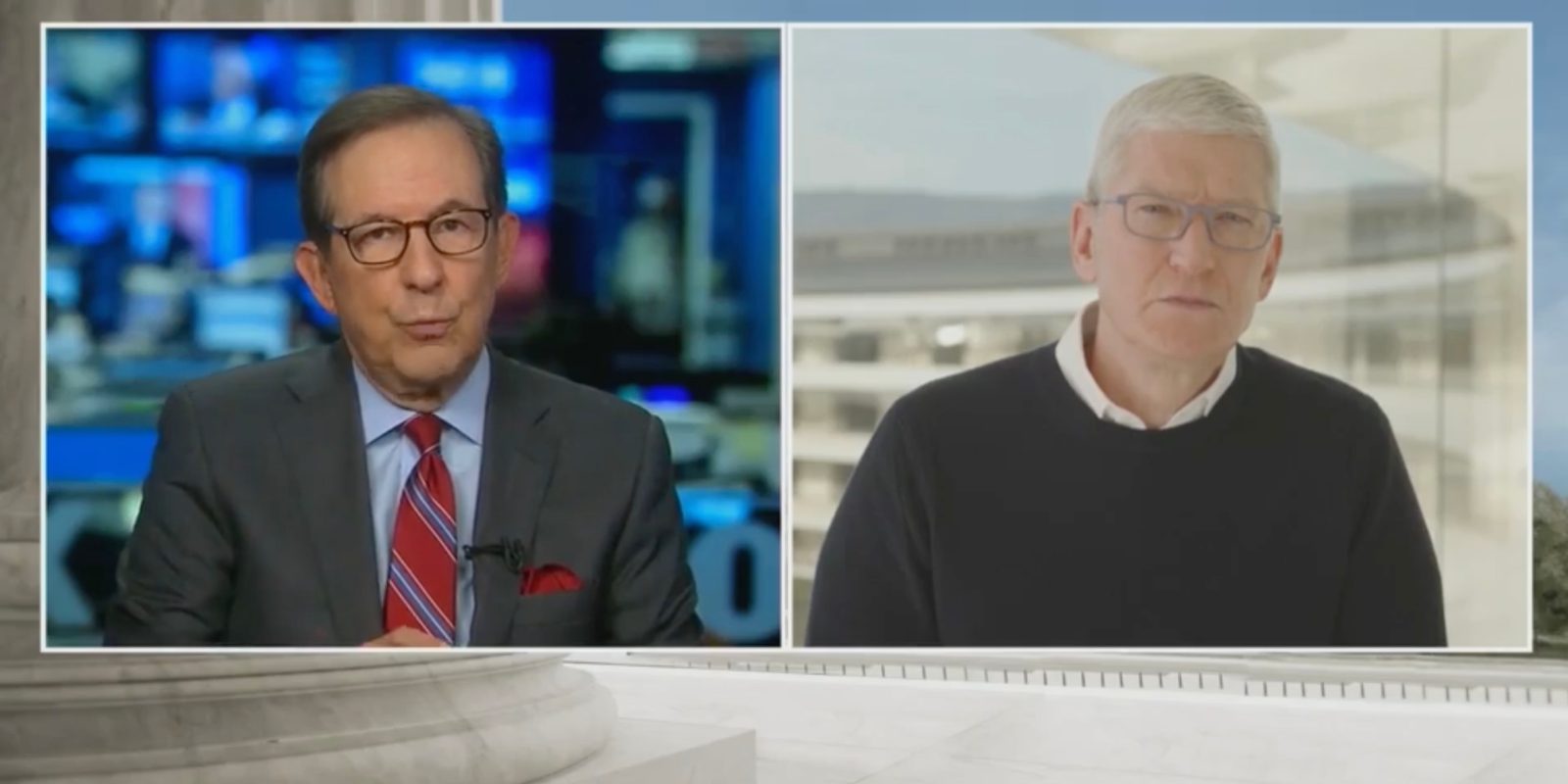 Apple CEO Tim Cook will appear on Fox News Sunday this weekend with Chris Wallace, the network announced today. During the interview, Cook will talk about Apple’s decision to remove Parler from the App Store, as well as the broad idea of “big tech restricting free speech.”

In a pair of teaser clips shared by Fox News ahead of the full interview releasing on Sunday, Cook and Wallace debated the balance of free speech and objectionable content. Cook doubled down on his previous statements that if Parler implements a moderation policy, the app will be allowed back in the App Store:

Wallace: “How did you decide to balance free speech with objectionable content?”

Wallace: “What about the argument that by taking Parler off Apple, in addition to what other companies are doing, that you’re just driving these people, these views further underground?”

Cook: “Well, we’ve only suspended them, Chris. And so, if — if they get their moderation together, they would be back on there.”

Cook also stated his belief that big tech is “not monolithic” because there are multiple companies in the industry:

Cook: “Big tech is not monolithic. You know, there’s several companies. They do different things. For us, we’re always trying to do the right thing.”

Cook: “We have an app store that has about 2 million apps in it. And we have terms of services for these apps. We obviously don’t control what’s on the internet, but we’ve never viewed that our platform should be a simple replication of the internet. We have rules and regulations and we just ask that people abide by those.”

This comes after Cook appeared earlier this week on CBS This Morning to talk about Apple’s new Racial Equity and Justice Initiative projects as well as the insurrection at the US Capitol and the subsequent removal of Parler from the App Store.

The Tim Cook interview will air on Fox News Sunday at 9 a.m. ET, but times can vary by market. Watch the two teaser clips below.