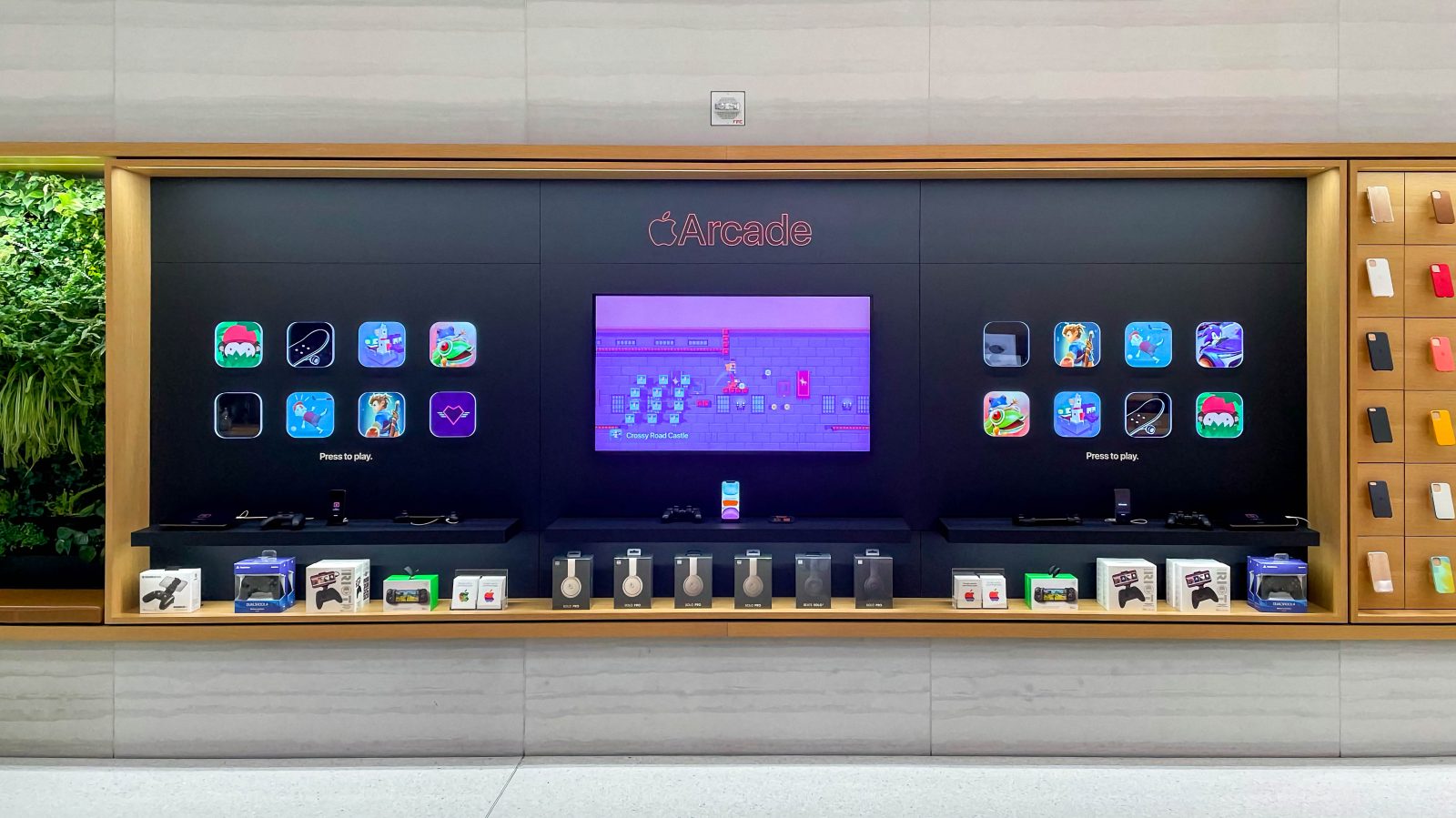 Characters from your favorite Apple Arcade titles are the stars of larger than life displays in Apple Stores around the world. The new interactive demos debuted this past week and are powered by a QR code-based experience.

A grid of acrylic app icons fills the backdrop of the new Apple Arcade Avenue. Each icon is driven by an iPad playing an eye-catching animation. Current featured titles include Skate City, Crossy Road Castle, WHAT THE GOLF?, and more.

Demo iPhones and iPads are loaded with all of the featured games, and Apple has also created an experience you can take with you.

Press any of the acrylic icons and you’re invited to continue in the App Store with a QR code that leads to Apple Arcade. In countries where Apple Arcade is currently unavailable, the new display is themed around the App Store.

Apple Arcade leveled up in Apple Stores last year with displays highlighting some of the early popular titles available on the subscription service. Over the past few years, Apple has evolved its displays from connected toys for kids and app-enabled accessories to gaming and controllers.

🔍 Pan and zoom to explore the display.

Most Apple Stores are unable to welcome walk-in customers at this time, so I made an interactive 3D model of the new Apple Arcade Avenue you can check out above. Apple Arcade is bundled with an Apple One subscription and offers a free trial.