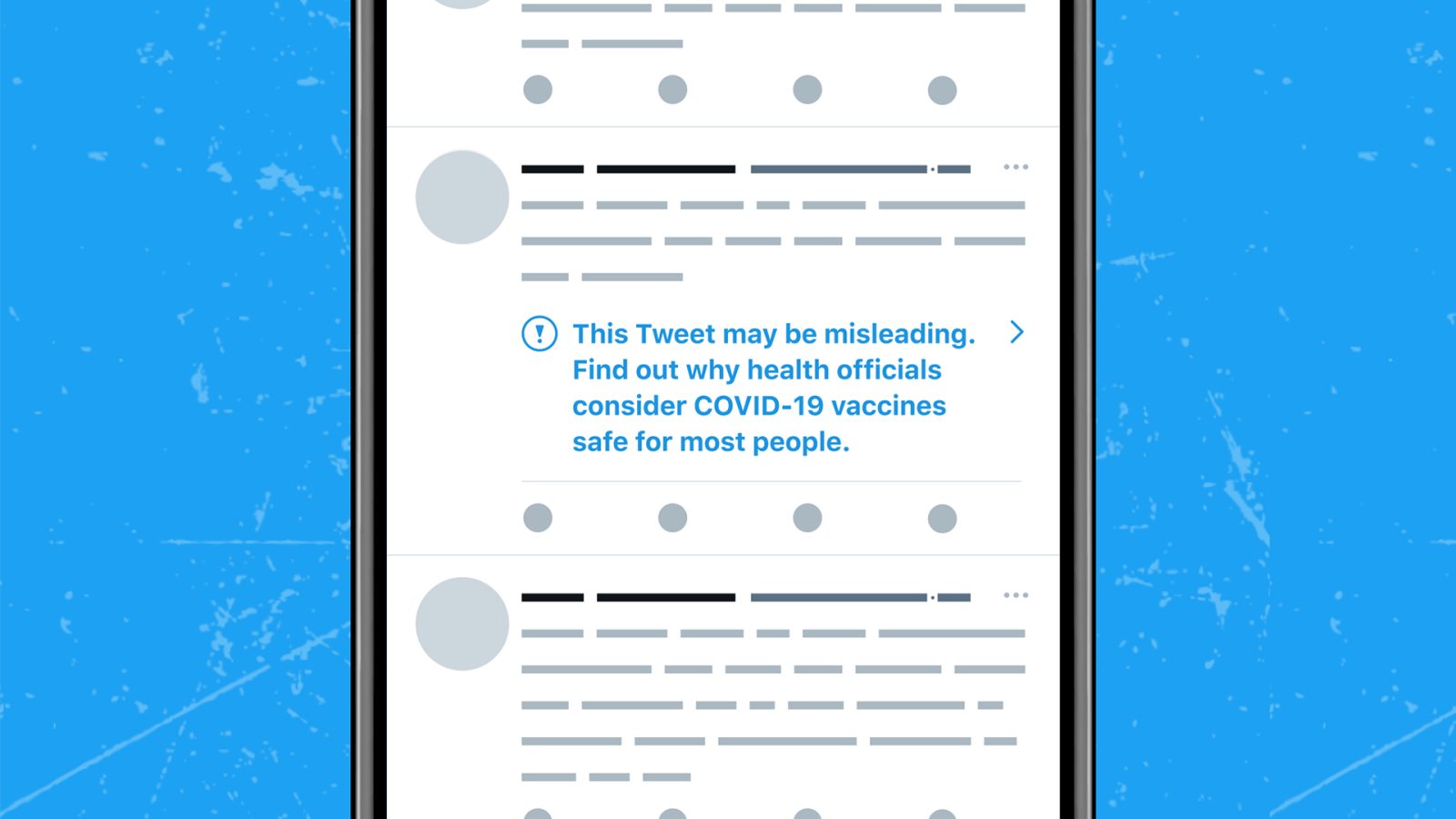 Twitter has been implementing several features against misinformation and fake news, which includes a new alert introduced during the US elections for users who try to like or share a misleading tweet. Now, the company has announced new labels for tweets with misinformation about COVID-19 vaccines and also a new strike system to warn users who create such content.

According to Twitter, the labels will first be applied by a team that will determine whether a tweet violates the rules on COVID-19 content, which includes vaccines. Eventually, Twitter will use automated review to check these tweets through machine learning technology.

If Twitter determines that a specific tweet has misinformation or fake news about COVID-19 vaccines, Twitter will display a label with useful links from health authorities with reliable information about the vaccines. Users will not be able to share tweets labeled as “misleading” on the social network.

This tweet is misleading. Find out why health officials consider COVID-19 vaccines safe for most people.

There are five different categories of misinformation about COVID-19 on Twitter, which are:

The feature is now being rolled out for English-language content and will soon be expanded to other languages as well — but that’s not all. Twitter is also introducing a new strike system that will punish — or “educate,” as the company puts it — users who create and share misinformation content on the social network.

After getting two strikes, the user’s account will be blocked for 12 hours. With three strikes, the account will be blocked for another 12 hours. Four strikes results in a seven-day lockout, while five strikes results in permanent suspension from Twitter. As pointed out by The Verge, Facebook has also been applying similar rules for its social networks.