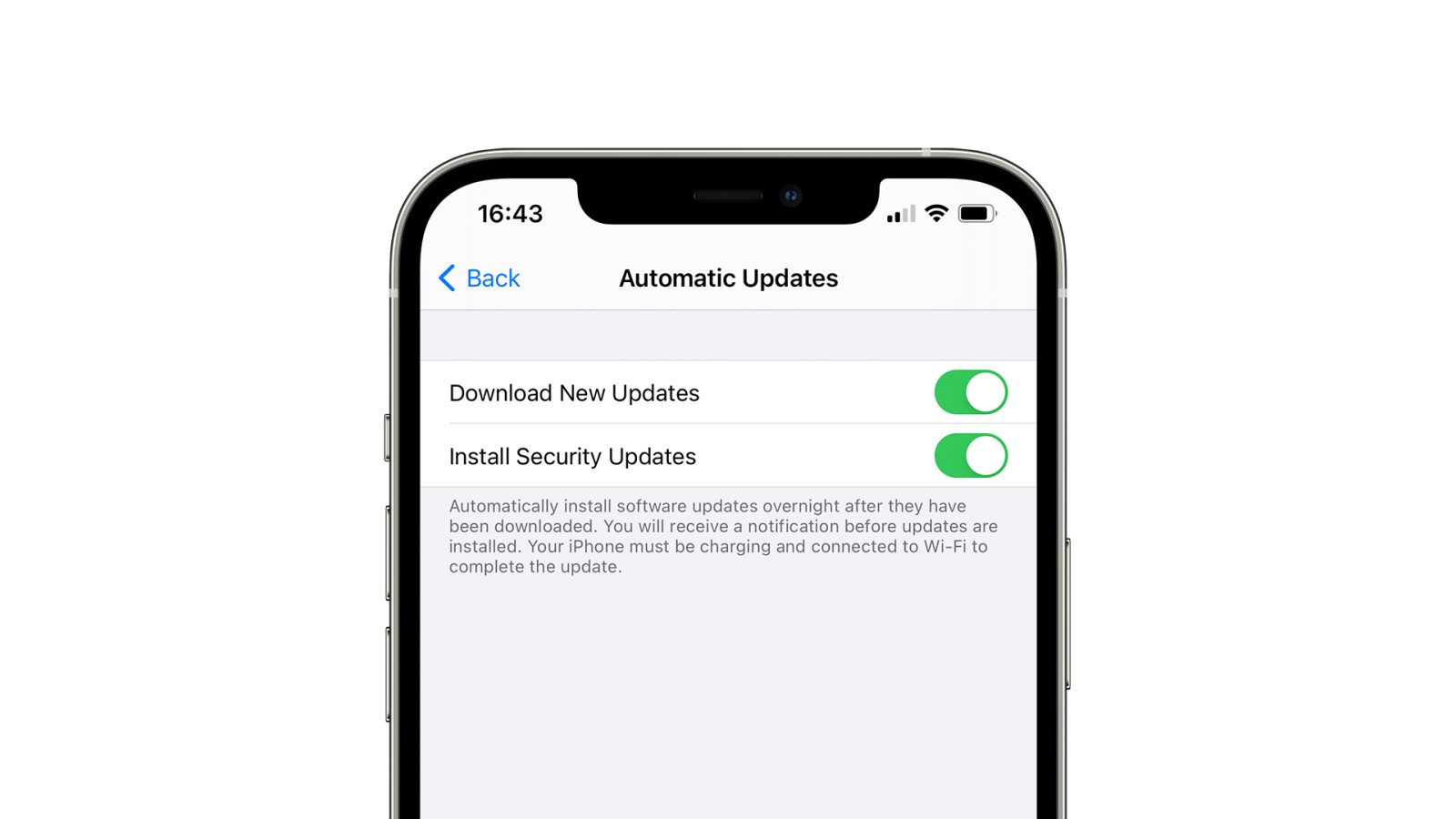 Among all the new features introduced with iOS 14.5, which had its fourth beta released today to developers, there are also some changes hidden in the operating system’s internal codes. This time, 9to5Mac found references suggesting that Apple is working on a new method for delivering standalone iOS security updates.

Apple has never been flexible when it comes to iOS updates. While users can choose not to install an update, you will be left without security fixes if you don’t install the latest version of iOS available. Although Apple still updates iOS 12 for older iPhones and iPads, devices currently supported by the company don’t have the option to run this operating system with the latest security updates.

A new section added to the iOS software update menu indicates that Apple will provide standalone security updates for iPhone and iPad users. Users would be able to choose whether they want to install only security updates or full iOS updates.

Although we don’t yet have more details about this change, macOS already offers a similar method of updates. When you have a Mac running an older version of the operating system, such as macOS Mojave, Apple delivers separate security updates so that users can get security patches and bug fixes without having to install the latest macOS version available.

The new code found in iOS 14.5 also mentions that once you download a specific update, such as a security update, you may need to delete it before installing another available iOS update. It’s hard to tell how exactly Apple plans to implement this in iOS, but one possibility is to continue offering security updates for iOS 14 after the release of iOS 15, so that users can choose to not update to the latest major version, but keep receiving important security patches.

Last week, Apple released iOS 14.4.1 for iPhone and iPad users, which only fixed a security breach found in WebKit. This is an example of an update that Apple could deliver without the need to release a new version of iOS just for that.

Back in 2020, 9to5Mac also found references that Apple was working on a new Internet Recovery method for iOS. However, this feature is yet to be announced by the company — so don’t expect this new update system to be implemented any time soon.