Apple’s App Store ad hire comes from Facebook, and that’s the least controversial thing about them 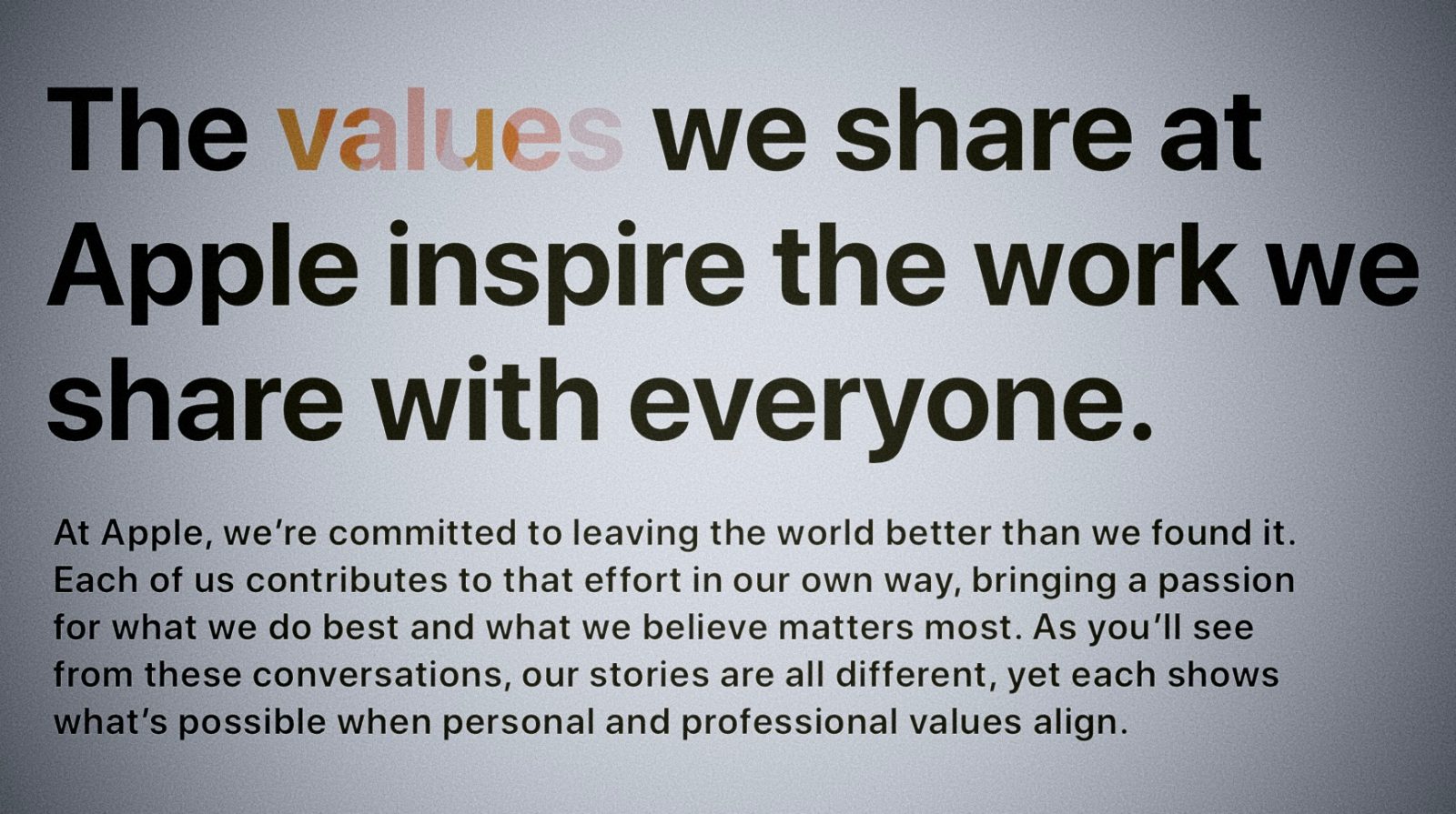 Apple hiring an ex-Facebook exec to work on its App Store and News ad team is a questionable decision. Not because Apple and Facebook are at war over advertising. Not because Apple is the target of lawsuits and regulators over anti-trust issues. But because Antonio Garcia Martinez is “a bozo, a bad hire” if we’re being extremely generous.

You can find a link to Apple’s Inclusion and Diversity page from the bottom of Apple.com for a summary of the company’s core values. Apple’s approach is summarized nicely there:

Across Apple, we’ve strengthened our long-standing commitment to making our company more inclusive and the world more just. Where every great idea can be heard. And everybody belongs.

Apple’s Shared Values page is also a great resource for understanding employment at the company.

This isn’t just PR speak for Apple. The company releases annual updates on its efforts to hire diversely, and it puts its money where its mouth is with programs intended to give voice to women and people of color in technology.

So why is Apple giving Garcia Martinez a great big pass?

Regardless of what you think about Facebook, it’s the reputation of Antonio Garcia Martinez specifically that should raise concerns about how this hire was approved by Apple.

A simple online search tells you all you need to know about AGM, and it comes from their tell-all book about Silicon Valley. You don’t even need to read the book yourself to get the gist of the problem with Antonio Garcia Martinez at Apple.

When covering an excerpt from AGM’s tell-all, Gizmodo included this disclaimer to warn readers about the contents of the book:

Before we launch into it, however, an important note: Martinez delights in describing the bad behavior and questionable conduct of places like Facebook, but he’s guilty of exactly the same kind of dickishness. His treatment of women is particularly awful—he describes women in the Bay Area as “soft and weak” with “self-regarding entitlement feminism”—and the book is peppered with casual homophobia and misogyny. (A nice example from page 33: “Whether it be a Breathalyzer or a banana, you can’t make eye contact with a man while going down on something. It’s too weird.”)

In their own words

Computer scientist and Sanford instructor Chip Huyen wrote about AGM in a blog post in March 2019 called “A simple reason why there aren’t more women in tech – we’re okay with misogyny.” In their piece, Huyen gives more specific examples of AGM’s views, not caught on a hot mic or a drunk DM, but written and edited for publishing.

“Most women in the Bay Area are soft and weak, cosseted and naive despite their claims of worldliness, and generally full of shit. They have their self-regarding entitlement feminism, and ceaselessly vaunt their independence, but the reality is, come the epidemic plague or foreign invasion, they’d become precisely the sort of useless baggage you’d trade for a box of shotgun shells or a jerry can of diesel.”

“PMMess, as we’ll call her, was composed of alternating Bézier curves from top to bottom: convex, then concave, and then convex again, in a vertical undulation you couldn’t take your eyes off of. Unlike most women at Facebook (or in the Bay Area, really) she knew how to dress; forties-style, form-fitting dresses from neck to knee were her mainstay. Her blond hair was offset by olive skin, and bright blue eyes shone like headlights from her neotenic face.”

Read more from Huyen’s blog post to get a clear picture of the new Apple Ads Platform product engineer.

We’ve reached out to Apple for comment on hiring AGM, given its published viewpoints, and we’ll update if we hear back. Surely, App Store ad performance isn’t more important for Apple than company values of inclusiveness. Imagine working under someone with these views despite being an employee at Apple.