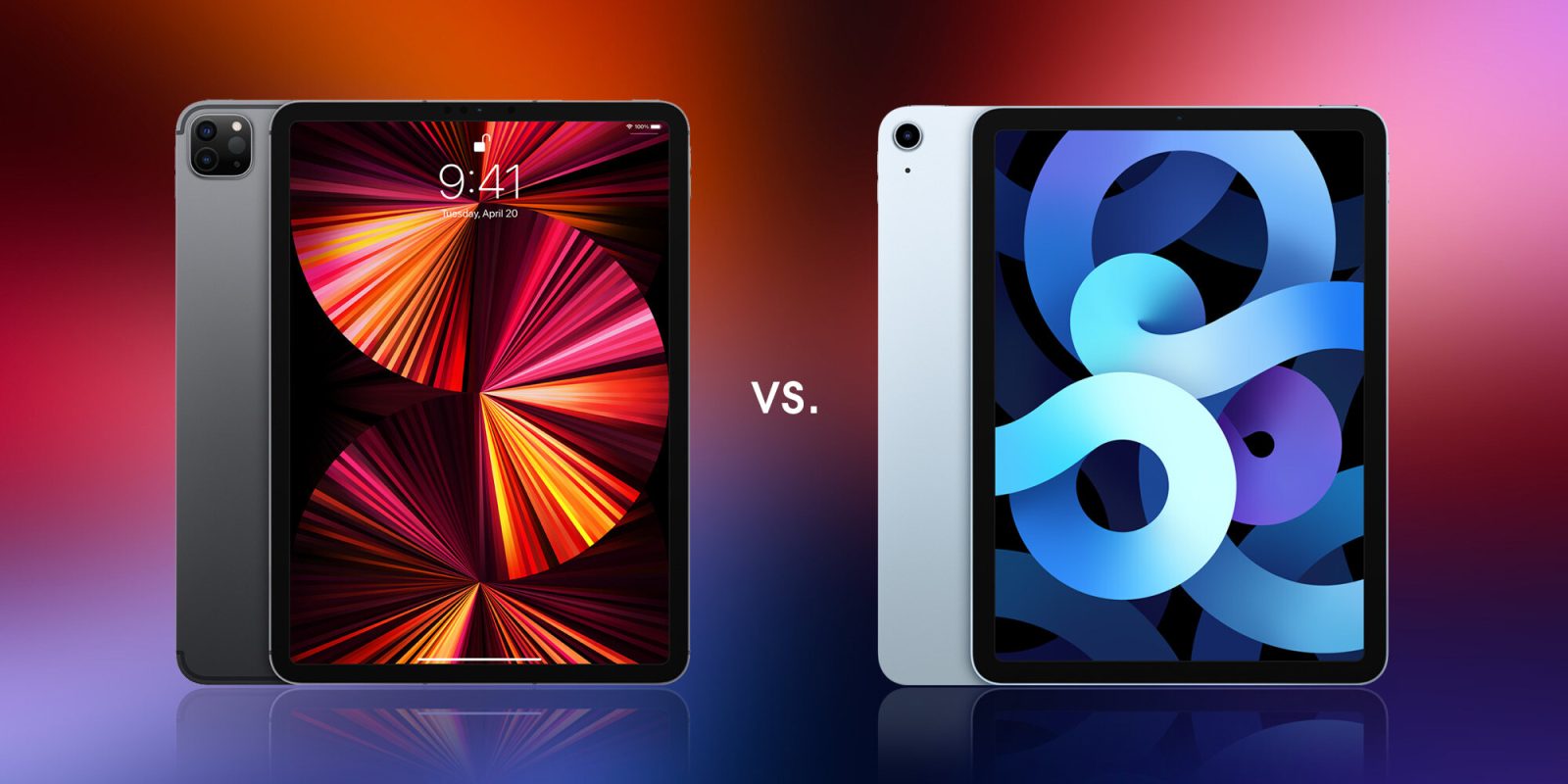 The 2020 iPad Air is a compelling tablet and will be the top pick for a lot of users. However, while it matches and even surpasses the 2020 11-inch iPad Pro in a variety of aspects, the latter still holds the upper hand when it comes to certain use cases. And now the 2021 iPad Pro with M1 chip outperforms both. Let’s break down the similarities and differences to help you decide if you should buy the iPad Air or the 11-inch iPad Pro.

The new iPad Pro features the powerful M1 chip, Thunderbolt connectivity, 5G for cellular models, new camera features like Center Stage, and more. However, depending on your needs, it may be overkill.

The latest iPad Air will be the go-to option for many looking to pick up a new tablet. That’s because the 2020 iPad Air (4th gen) has received most of the iPad Pro’s premium features at an appealing starting price $200 below the $799 11-inch iPad Pro. However, that doesn’t mean the iPad Pro won’t be the better fit for those that need the best overall performance. Let’s dive into what to consider when thinking about whether to buy the iPad Air or iPad Pro.

Should you buy the iPad Air or iPad Pro?

Very notably, the 2020 iPad Air had the newest processor in Apple’s tablet lineup with the A14 until the 2021 iPad Pro launched with the M1.

And even with the 2020 iPad Pro having an older chip than the 2020 iPad Air, the A14 won’t blow the A12Z away or even beat it in all scenarios. Apple’s senior director of Mac and iPad product marketing, Tom Boger tempered expectations in an interview:

As we’ll discuss below, both the 2020 and 2021 iPad Pro still have the edge for intense workflows because of a higher CPU and GPU core count and more RAM. But with the A14 being a new chip, iPad Air users are guaranteed to get iPadOS updates for years to come.

While even Apple has confirmed the iPad Air will outperform the 2020 iPad Pro in some use cases with the A14 chip, the iPad Pro still includes a more powerful GPU and more RAM (and more CPU and GPU cores).

And the 2021 iPad Pro with the M1 chip is even more powerful with its 8 CPU and 8 CPU cores and the 16-core Neural Engine. Apple says the M1 chip offers 50% faster CPU performance and 40% faster GPU performance than the A12Z in the 2020 iPad Pro.

That means the iPad Pro will offer the best performance for things like graphic intense work and apps/processes that use multiple cores. Another edge for the iPad Pro is more RAM. The 2020 iPad Pro has 6GB and the 2021 models have up to 16GB while the iPad Air has 4GB (unified RAM on the M1 chip comes in 8GB or 16GB – latter for the 1/2TB storage models).

Likely a minor difference, but one more is that the 11-inch iPad Pro display maxes out at 600 nits brightness, while the iPad Air is 500 nits.

Keep in mind the new Liquid Retina Display XDR with HDR brightness up to 1600 nits is only available on the 12.9-inch 2021 iPad Pro.

And when it comes to speakers, you’re getting four speaker audio with the 2020 and 2021 iPad Pro while the iPad Air has a two speaker system.

Along with the higher prices of the iPad Pro, you get greater storage options that go up to 2TB. The base is also 128GB. Meanwhile, the iPad Air base model offers 64GB and maxes out at 256GB.

Storage is up to 2x faster with capacities now up to 2TB on the 2021 iPad Pro.

Keep in mind USB-C comes on both the iPad Air and Pro models so it’s easier than ever to use external storage. But with the 2021 iPad Pro, you’re getting Thunderbolt connectivity as well.

Why buy the iPad Air?

Why buy the iPad Pro?

However, if you know you’ll be pushing your tablet to the limit regularly, the iPad Pro still delivers the top-performing package with 8 CPU and 8 GPU cores and 6-16GB RAM.

And of course, if other factors like 5G, Thunderbolt, Face ID, 120Hz ProMotion display, more capable camera system, and the bigger storage options are important, the iPad Pro will stand out as the best fit.