Twitter for iOS rolling out redesign with dedicated tab for Spaces 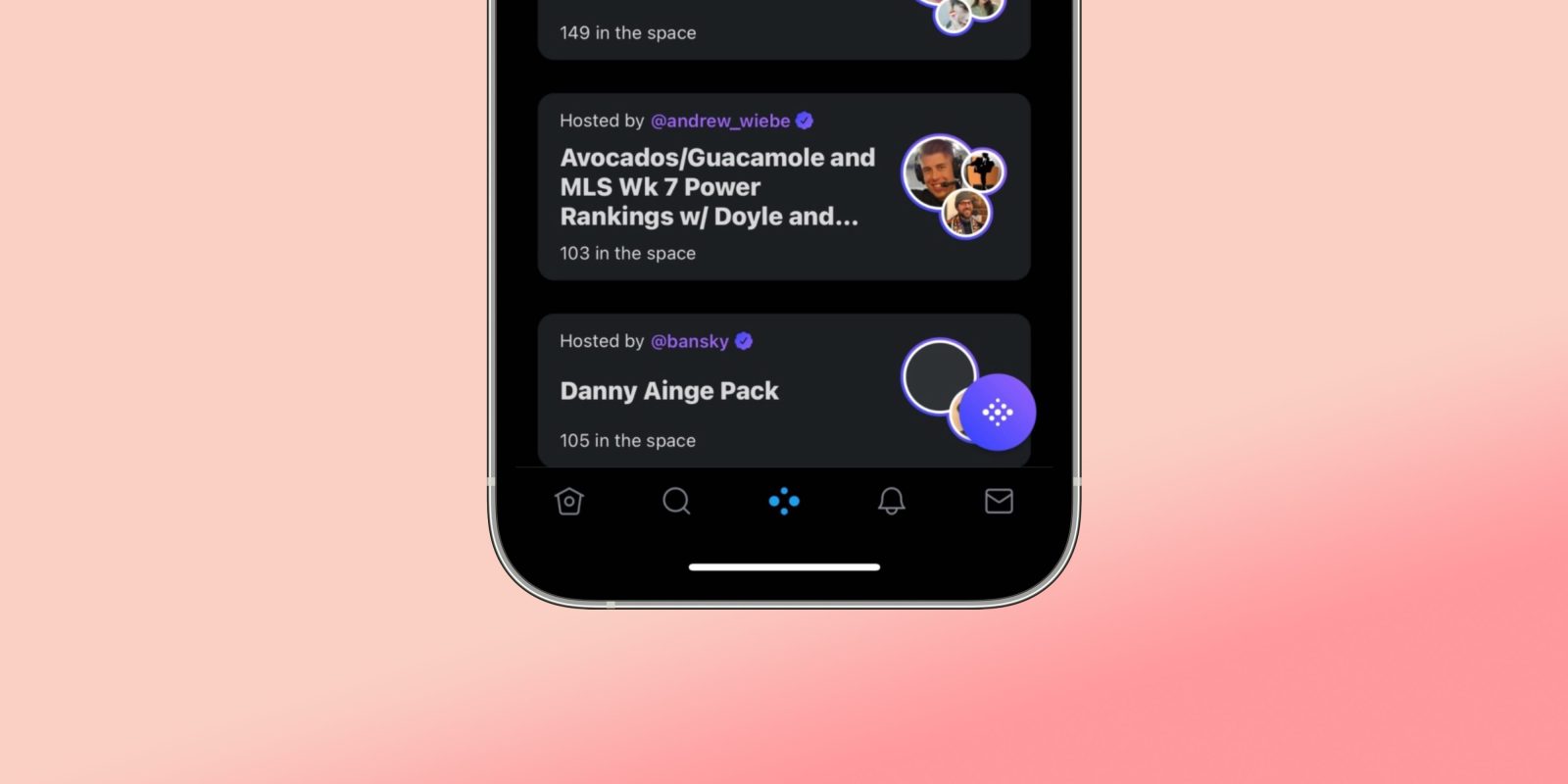 Twitter is beginning to roll out a notable redesign to its iPhone app today. As reported by TechCrunch, the company is updating Twitter for iOS with a new focus on its Spaces audio chat room feature, making it the center button in the bottom navigation bar.

The report explains that not all Twitter users will see this design change at first. Instead, the company plans to roll it out to “around 500 people from the original Spaces beta test” starting today.

Twitter explains that the new Spaces discovery tab will spotlight Spaces being hosted by people you follow. The report says:

Twitter says the tab will showcase the Spaces being hosted by people you follow, but these won’t appear like they do on the Fleet line today at the top of the Timeline. Instead, the discovery tab will present Spaces in a more visual format, similar to the promotion cards that appear when you tweet about upcoming Spaces.

The company told TechCrunch that, even though Spaces can be fun, it understands the live events have been hard to find and keep track of, given there’s been no dedicated place where Spaces can be discovered. The new tab aims to change that.

Within this Spaces discovery tab, users will see live Spaces with details on hosts and participants, as well as details on scheduled Spaces and the ability to manage notifications. Researcher Jane Manchun Wong found evidence of the Spaces-focused redesign in March.

The Clubhouse-like Twitter Spaces feature has proven to be popular since its introduction. After rolling out gradually to a small subset of users. Twitter Spaces launched for everyone with at least 600 followers last month. Giving Spaces a dedicated tab in the Twitter for iOS app is a notable indication that Twitter believes the feature will play an important role in its experience going forward.

What do you think of Twitter Spaces? Are you a fan of the audio chatroom platform? Let us know down in the comments!