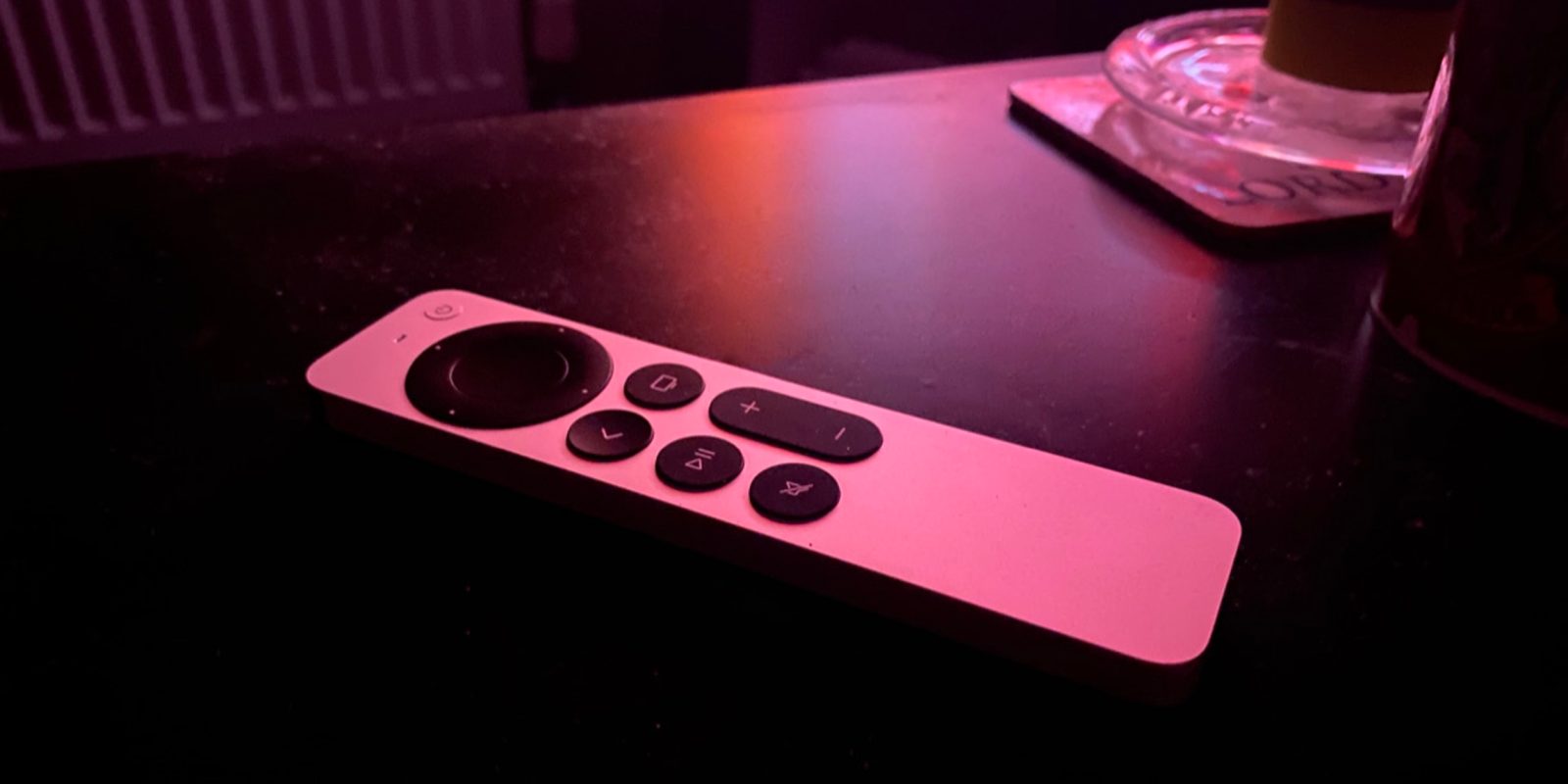 After a month of having the new Apple TV in our household, I can firmly recommend that all Apple TV owners pick up the new generation of Apple TV Siri Remote.

The differences between the 2017 Apple TV and the new 2021 Apple TV hardware are negligible, but the remote redesign stands on its own as bringing happiness and joy to the living room. Everything about the Apple TV is expensive, but fortunately you can buy the remote separately. It’s compatible with any Apple TV that runs tvOS …

When Apple retraced its steps on the butterfly key decision, it essentially reverted back to the tried-and-tested Magic Keyboard design with almost no tweaks or changes. It made people happy, but it was kind of boring.

The old Apple TV remote lived in the market about as long as the butterfly keyboard fiasco, garnering about as much frustration. Unlike with the keyboard situation though, Apple’s new Siri Remote is not merely a step backward into the past. The new remote is a combination of the best parts of the fourth-gen trackpad remote and the older silver Infrared button remote that came before it. It really does make everyone happy… or at least, my family doesn’t get angry every time they pick it up.

The main problems with the old Apple TV remote was that the trackpad was easy to touch accidentally, the layout was symmetrical so you didn’t know which way you were holding it, and the overall remote was small and easy to lose. The new 2021 Apple TV Siri Remote addresses each of these issues.

Personally, I had learned how to deal with the old remote. I had trained myself to carefully pick it up by its side, in order not to brush against the trackpad surface. As such, I didn’t hate it as much as other people, but I could recognize its flaws all the same. What I am happy about is that Apple preserved the Siri Remote’s best idea — the swipe gesture trackpad — and remodeled it to make it intuitive and accessible to more Apple TV users, rather than scrapping a good idea altogether because of a bad implementation in the first attempt.

The new remote features a circular trackpad/button at the top and the other buttons go below. This immediately makes the remote button’s layout clearly asymmetric, and you can feel the top just with your fingers. The trackpad circle is inset slightly from the edge of the aluminium chassis, which makes it practically impossible to inadvertently perform a swipe gesture while picking it up.

The old remote could always act as a D-Pad; you just had to click at the very extreme edges of the trackpad. However, that interaction mode was non-obvious. Now, the remote has a clearly defined hardware D-Pad appearance with dot indicators on the top, left, right, and bottom edges of the outer circle. It means the remote is much more familiar to people used to traditional TV remotes. They already know how to use it. And the convenience of jumping around multiple items at a time is available just by swiping on that surface.

One of the marketed new features for this remote is the ability to use the trackpad as a jog dial, by sliding your finger in a circular motion around the outside of it. This only works in compatible apps, like the TV app and HBO Max; the apps that use Apple’s native video player UI. You have to pause the current video, long-press on the outer edge of the ring and then perform the circular rotation gesture. After a month of owning the new remote, I can say that I never use this feature. The invocation process is simply too slow. Swiping left and right to jump around is faster — and horizontal navigation works pretty much universally across all the streaming apps. I had held out some hope that tvOS 15 would come with a UI redesign that takes more advantage of the circular input method, but it did not. As such, the jog-dial is relegated to gimmick status for now.

As well as there simply being more buttons now, the new remote has a different clickiness. The new remote’s buttons have a much more defined click, and you can audibly hear when you press down and release. The older remote’s button almost felt like they were being intentionally cushioned and dampened to be quieter. At first, I wasn’t sure if I liked the new button feel, but comparing the two remote’s side by side, it’s a sure-fire win for 2021 version. The old Siri Remote now feels mushy in comparison, in a bad way.

The addition of a mute button can be jarring initially just because it is placed where the play/pause button used to be on the previous-generation remote. However, your muscle memory soon adjusts to this. The new Siri button placement on the side aligns the remote with the iPhone Siri usage pattern, and also helps contribute to the overall asymmetry of the unit. You have always been able to have the Apple TV turn off itself and the TV set over HDMI-CEC, but discoverability of the long-press and click action was low, and it was annoyingly laborious even if you did know about it. The new remote brings with it a dedicated power button to make this common operation much more convenient. It still only works with HDMI-CEC, though. It would have been nice if Apple added a fallback for older TVs with an Infrared-based power off option.

I don’t think Apple has fully solved the “remote easily lost” issue. The new remote’s chunky silver aluminium exterior does help. It is genuinely harder to misplace just because of its size, and the shiny silver metal means the reflection of the TV screen is usually enough to illuminate the remote on the sofa, even when all of the lights in the room are turned off. Nevertheless, the remote can still get lost, especially with the “help” of children. There will still be plenty of occasions when you wish the remote included a beeper for basic Find My integration.

The best argument for the new remote is that my family is no longer frustrated when they sit down to watch TV. I also observed that everyone seems more open to trying to swipe around and utilize the trackpad to its full effect, now that they aren’t worried about accidentally triggering it. In a somewhat counterintuitive fashion, the return of buttons to this remote has increased the usage of the trackpad. I take that as an indicator of a successful design.

If you have an Apple TV, the new Siri Remote is 100% recommended. It will make everyone happy, apart from perhaps your wallet. But as an Apple TV user, frankly you are used to that.