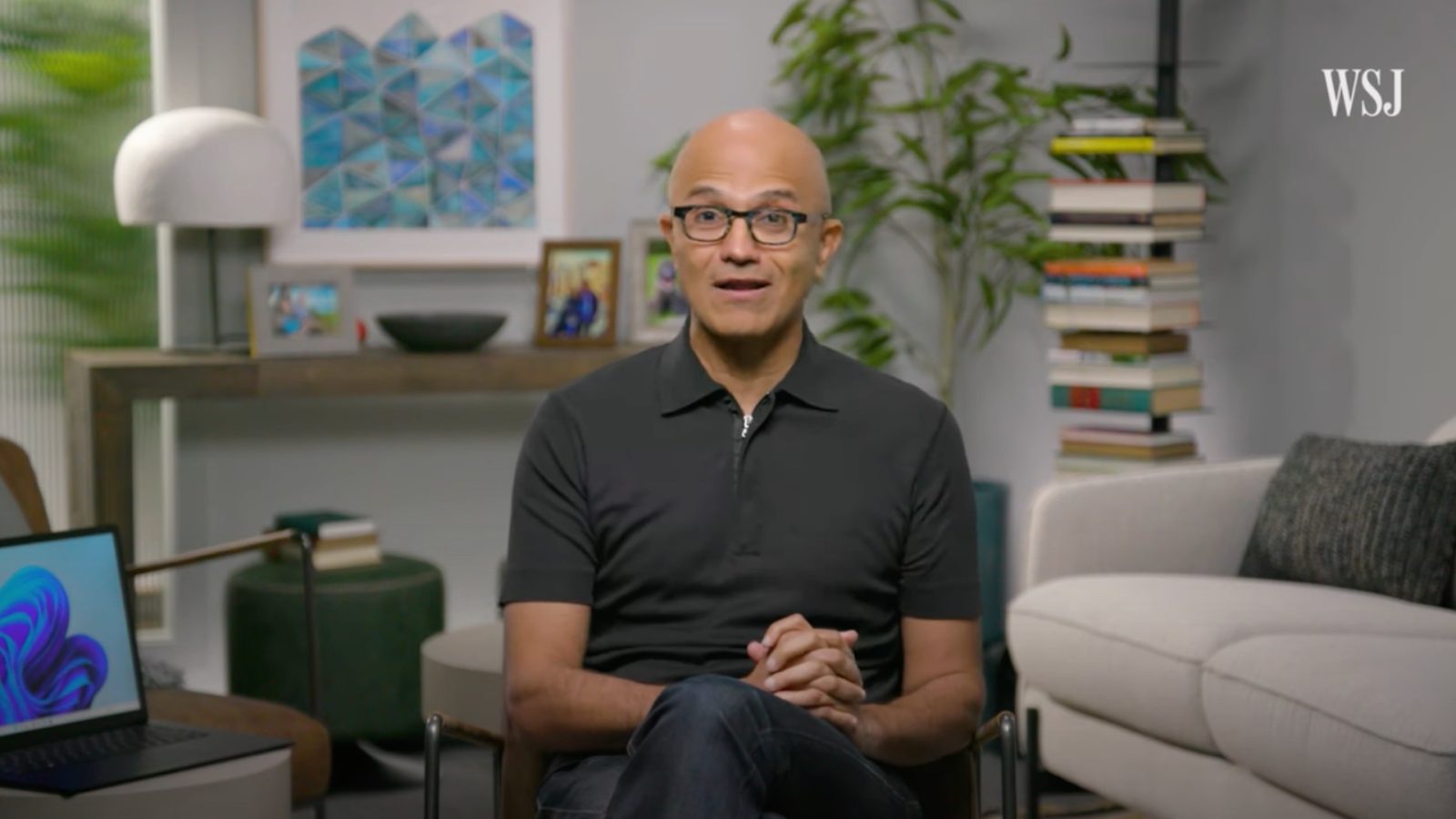 In this new store, Microsoft partnered with Amazon’s own Android App Store, so starting with Windows 11, it’ll natively run Android apps downloaded through it. During the interview, Nadella said “all apps” are invited to join in.

While Nadella seems optimistic about a future where all developers and apps are welcome to the Windows software, no matter what, Apple has taken a different path.

Mostly during the last year, Apple has been accused of monopoly over the iPhone App Store. There’s the Epic lawsuit, as well as many other governments that want to break Apple’s App Store. Even the U.S. Congress wants the iPhone to be sold without any pre-installed app, although it seems a stretch.

Joanna Stern asked Nadella about integrating Microsoft software and services with the iPhone, in which he replied:

“We’d love to make sure that it works better, we do everything we can. Like anything Apple wants to do with Windows rather it’s iTunes, iMessage, or whatever, we welcome that. But, overall, we want to make sure our software runs great on Apple devices.”

Here’s everything Microsoft announced during the Windows 11 event.

Check below the Wall Street Journal interview with Satya Nadella.