LinkedIn breach reportedly exposes data of 92% of users, including inferred salaries [U] 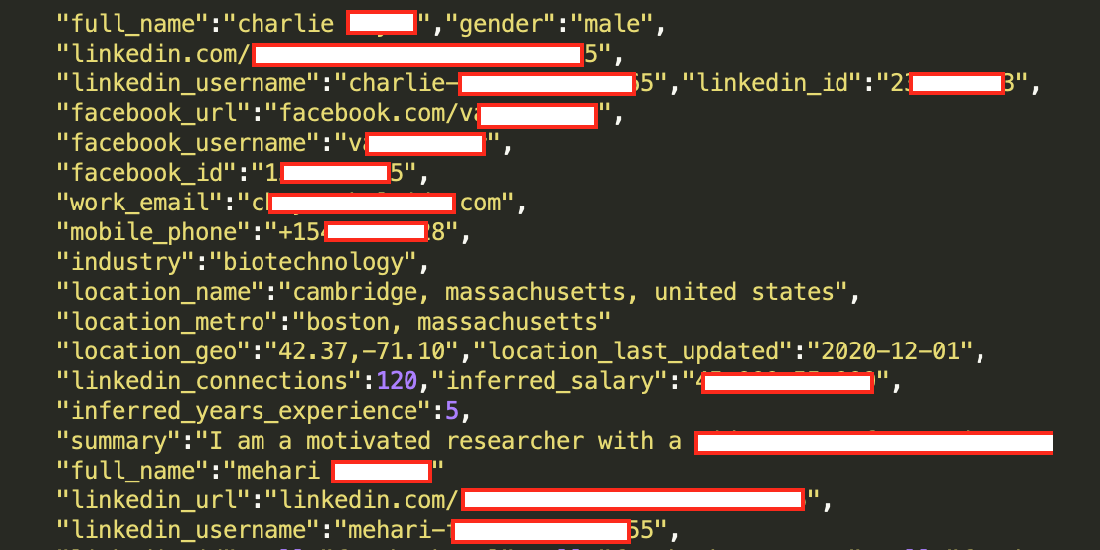 Update: PrivacyShark appears to have been the first to report this, and has now obtained a statement from LinkedIn, below.

The hacker who obtained the data has posted a sample of 1M records, and checks confirm that the data is both genuine and up-to-date …

RestorePrivacy reports that the hacker appears to have misused the official LinkedIn API to download the data, the same method used in a similar breach back in April.

On June 22nd, a user of a popular hacker advertised data from 700 Million LinkedIn users for sale. The user of the forum posted up a sample of the data that includes 1 million LinkedIn users. We examined the sample and found it to contain the following information:

Based on our analysis and cross-checking data from the sample with other publicly available information, it appears all data is authentic and tied to real users. Additionally, the data does appear to be up to date, with samples from 2020 to 2021.

We reached out directly to the user who is posting the data up for sale on the hacking forum. He claims the data was obtained by exploiting the LinkedIn API to harvest information that people upload to the site.

No passwords are included, but as the site notes, this is still valuable data that can be used for identity theft and convincing-looking phishing attempts that can themselves be used to obtain login credentials for LinkedIn and other sites.

With the previous breach, LinkedIn did confirm that the 500M records included data obtained from its servers, but claimed that more than one source was used. PrivacyShark notes that the company has issued a similar statement this time:

While we’re still investigating this issue, our initial analysis indicates that the dataset includes information scraped from LinkedIn as well as information obtained from other sources. This was not a LinkedIn data breach and our investigation has determined that no private LinkedIn member data was exposed. Scraping data from LinkedIn is a violation of our Terms of Service and we are constantly working to ensure our members’ privacy is protected.

The someone was indeed able to scrape millions of records, whether using the API or otherwise, that is definitely a security breach …