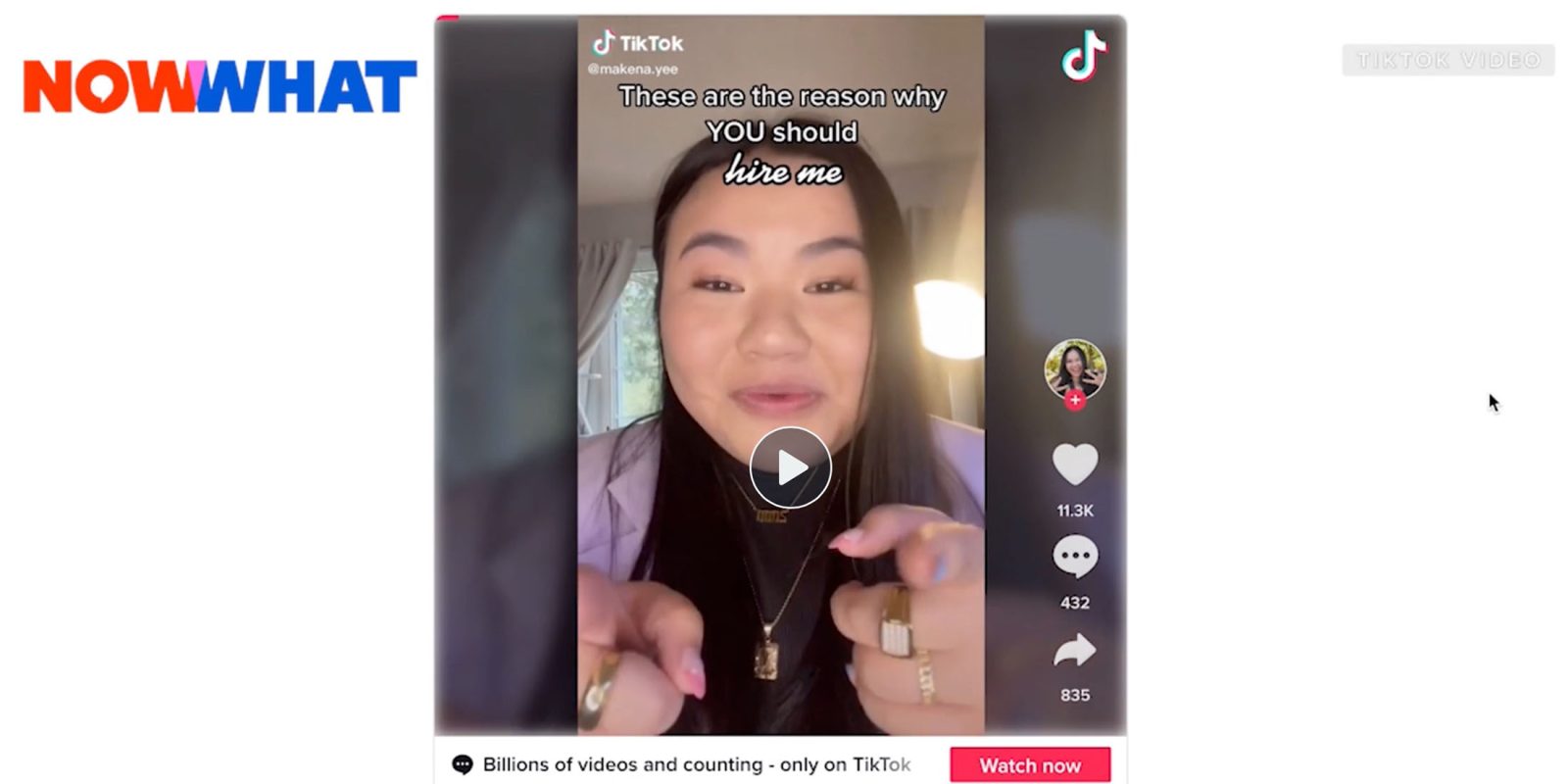 The TikTok resume feature could be the first step in video job applications replacing conventional resumes, suggests a company president who is a fan of the approach.

At present, most companies ask for a traditional “paper” resume (albeit in PDF form) that outlines your achievements and employment history, together with a cover letter explaining why you’d be a good fit for a particular job on offer.

But all that could change if a trend started by TikTok goes mainstream. TikTok resume lets users post a short video in which they outline why they would make a great hire, and then puts those videos in front of large partner companies.

One company president suspects LinkedIn will be first to copy this feature, and that this will see it go mainstream. CNET reports.

When TikTok launched its resumes feature last month, it came as a surprise to many. Why would a platform famous for quick, often quirky videos now let people upload video resumes to be seen by major businesses like Target or the NBA?

Well, it turns out video resumes, as well as social media, could play an increasingly significant role in helping people land jobs […] Video resumes are being touted by the social video app as a way for applicants to “creatively and authentically showcase their skillsets and experiences,” and apps like TikTok and Instagram offer intriguing platforms for sharing and creating that kind of content.

“The advantage for applicants is it’s a time to show your creativity,” said Nicole Penn, president of marketing agency EGC Group. “The upside for employers is that you’re getting access to a digital native, which is what so many employers want” […]

“We first predict that LinkedIn will have a video resume feature,” she said. “Next, we do see Instagram already being used for recruitment, so it’s just a matter of time before they have a similar feature. And of course Facebook, being part of Instagram, will do the same.”

I can definitely see this happening. If you have a few hundred resumes to check out, it’s certainly a more pleasant and engaging task to watch 30-second videos instead of opening a stack of PDFs. Conventional resumes would still be needed, of course, but a video-first approach? Absolutely.