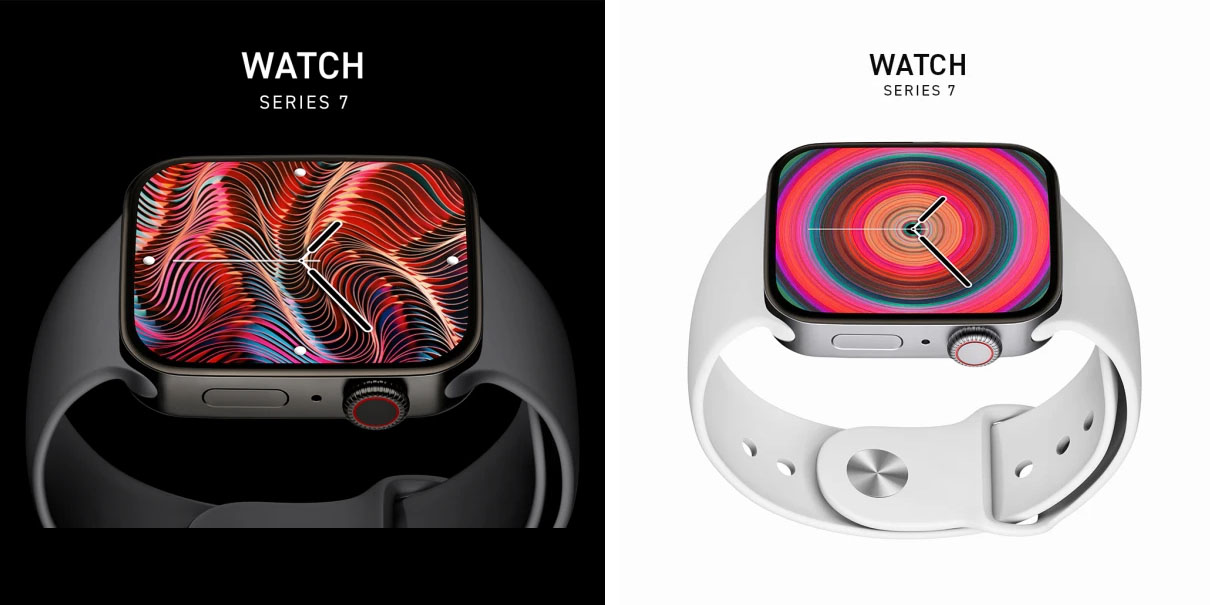 New renders of the reported 2021 Apple Watch design likely give us a far better idea of what to expect from the Series 7 design than the $60 clone devices seen last week.

While those looked ugly, most especially the clunky way that the screen mated with the casing, these renders look far more attractive, and are likely a much closer match for the real thing…

While some expressed dismay at the look of the clones, we noted at the time that they weren’t likely to give much of a sense of the appearance of the real thing.

One of the important things to keep in mind when looking at these Apple Watch Series 7 clones is the lack of attention to detail. These are being produced based on schematics for the legitimate Apple Watch Series 7, but as Majin Bu says on Twitter, they are being sold in China for around $60. They exist primarily for case makers and to give us a look at the flat-edged design in the real world.

For instance, one of the most notable things about these Apple Watch Series 7 clones is where the display meets the casing. On the current Apple Watch, this is done in a very elegant manner, such that the design is almost borderless. In these images, there is a clearer distinction between the display and the edges, but that is likely something Apple will perfect on the final design.

Flattening the sides of the Apple Watch will make it look more consistent with the other devices in Apple’s lineup and could help the watch’s bezels appear thinner. This effect could be further compounded by the slightly bigger display that’s rumored to come with the Apple Watch Series 7.

In addition to the flat-sided design to match the current iPhone and iPad, we’re also expecting a slightly larger screen. Increasing the sizes to 41mm and 45mm was first suggested by a Weibo user, and has since been backed by Duan Rui and Bloomberg. The latter report also indicated Apple would release new Watch faces to take advantage of the larger size.

This year’s watches will come in 41-millimeter and 45-millimeter sizes, up from 40 and 44 millimeters. I’m told that Apple will bundle multiple new watch faces to take advantage of the bigger screen, including an updated Infograph Modular face.

I’m expecting to buy one myself, perhaps a premium model for the first time.