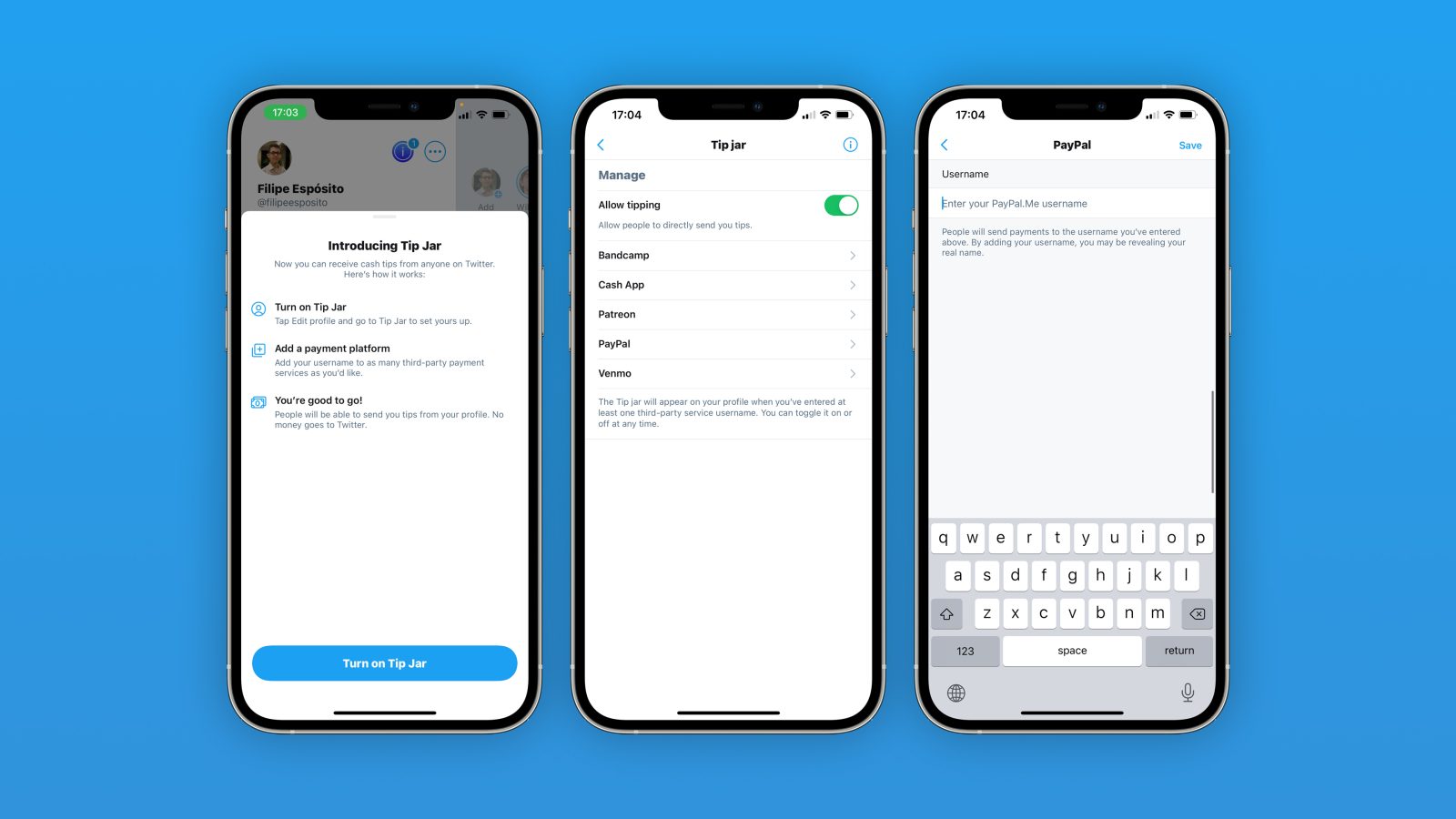 Twitter earlier this year introduced a new feature called “Tip Jar,” which lets users send money to others in order to support content creators they follow. Although the platform currently only accepts regular money, Twitter is working on adding Bitcoin to the Tip Jar.

The feature was first revealed by app developer and researcher Alessandro Paluzzi, who is known for leaking details about what the social networks have been working on. Paluzzi shared on his Twitter account a screenshot showing how users will be notified about being able to receive Bitcoin tips through the social network.

Twitter is using Strike’s services to generate Bitcoin invoices through the Lightning Network, which should offer faster payments with lower than usual fees for Bitcoin transactions.

Bitcoin is the world’s first widely-adopted cryptocurrency. It’s a new kind of digital money that lets people securely and directly send money to each other on the internet. The Lightning Network is a technical innovation that allows for faster payments with lower fees than Bitcoin’s primary network. We use Strike to generate Bitcoin Lightning invoices so you’ll need to connect your account to accept Bitcoin tips.

Hours after the leak, Twitter’s product leader Kayvon Beykpour confirmed that the social network is indeed working to implement Bitcoin transactions for its Tip Jar platform. It’s unclear, however, when this option will be available to all users. Twitter’s Tip Jar currently supports services such as PayPal, Patreon, Venmo, Bandcamp, and Cash App.

Earlier today, Twitter also finally launched the long-awaited “Super Follow” feature for users, who can now pay to access exclusive content from certain Twitter accounts. The feature is now rolling out to users in the US and Canada and will soon be available in other regions.