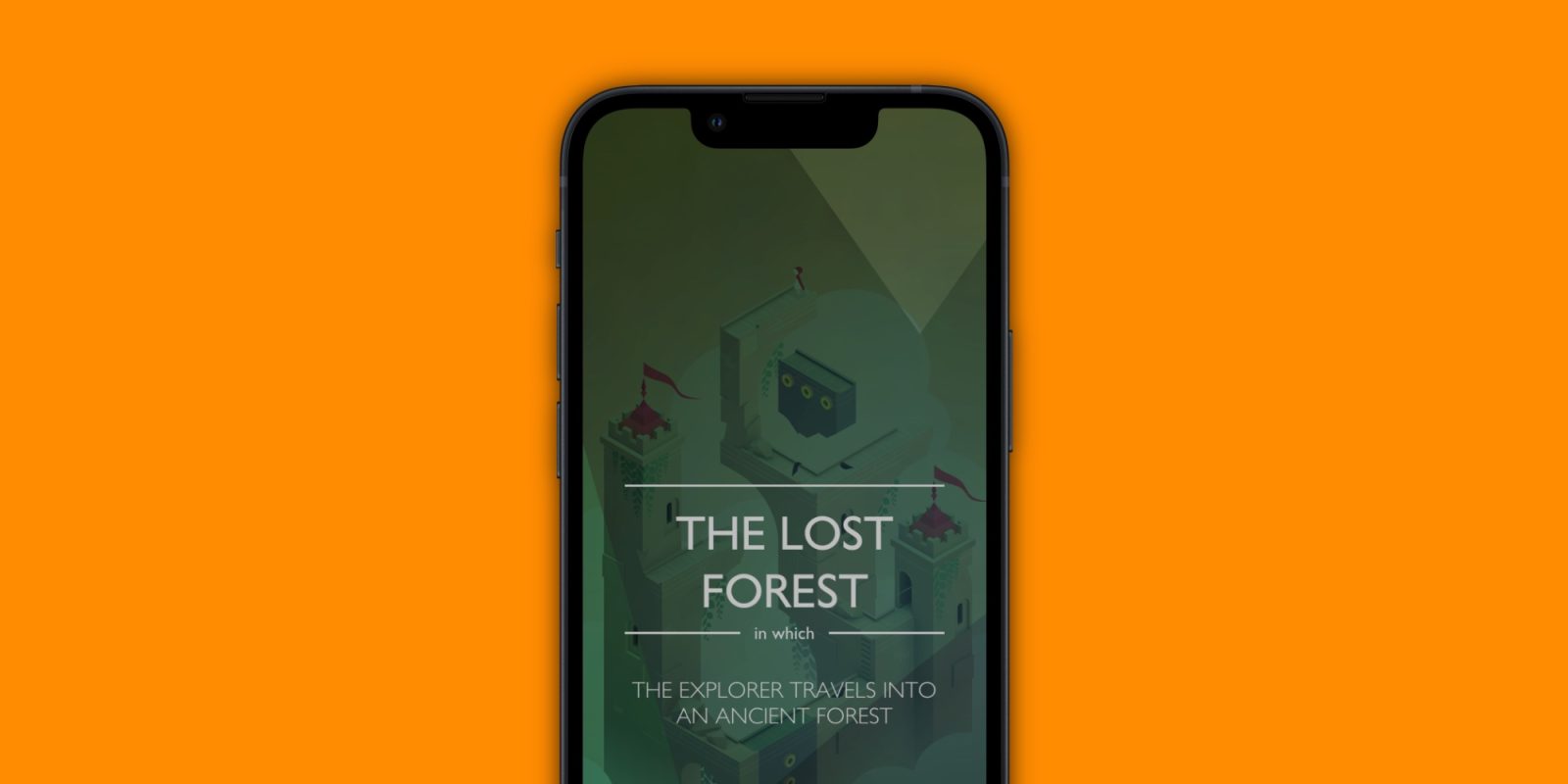 Monument Valley is one of the most beloved puzzle games for iPhone and iPad. Launched in 2014, it has won numerous awards over the years, and in 2017 developer ustwo games released a sequel. Now, Monument Valley 2 is receiving a special chapter four years after its original launch.

“The Lost Forest” is a special chapter developer ustwo games created to help protect trees, as part of Playing for the Planet’s Green Game Jam.

This update brings “four intimate scenes” that the developer hopes will inspire people to sign the Play4Forests petition “and declare our shared interest in forest conservation.” Here’s what Play4Forest is all about:

Our forests, one of our best allies in fighting the climate emergency are facing mounting threats. Your voice can help secure a better future for forests and humans. As the UN, it is our mission to forge change for a sustainable future, but only with your help we can make the international community truly act.

Sign the petition and we will deliver your message to world leaders.

Originally, Monument Valley 2 tells the story of a mother and her child as they get separated in the valley:

Guide a mother and her child as they embark on a journey through magical architecture, discovering illusionary pathways and delightful puzzles as you learn the secrets of the Sacred Geometry. (…) Help Ro as she teaches her child about the mysteries of the valley, exploring stunning environments and manipulating architecture to guide them on their way.

Monument Valley 2 costs $1.99 on the App Store, and it’s available for iPhone and iPad users running iOS 9 or later. Apple Arcade subscribers, on the other hand, can play Monument Valley+ with their subscription as well as 200 other original games.