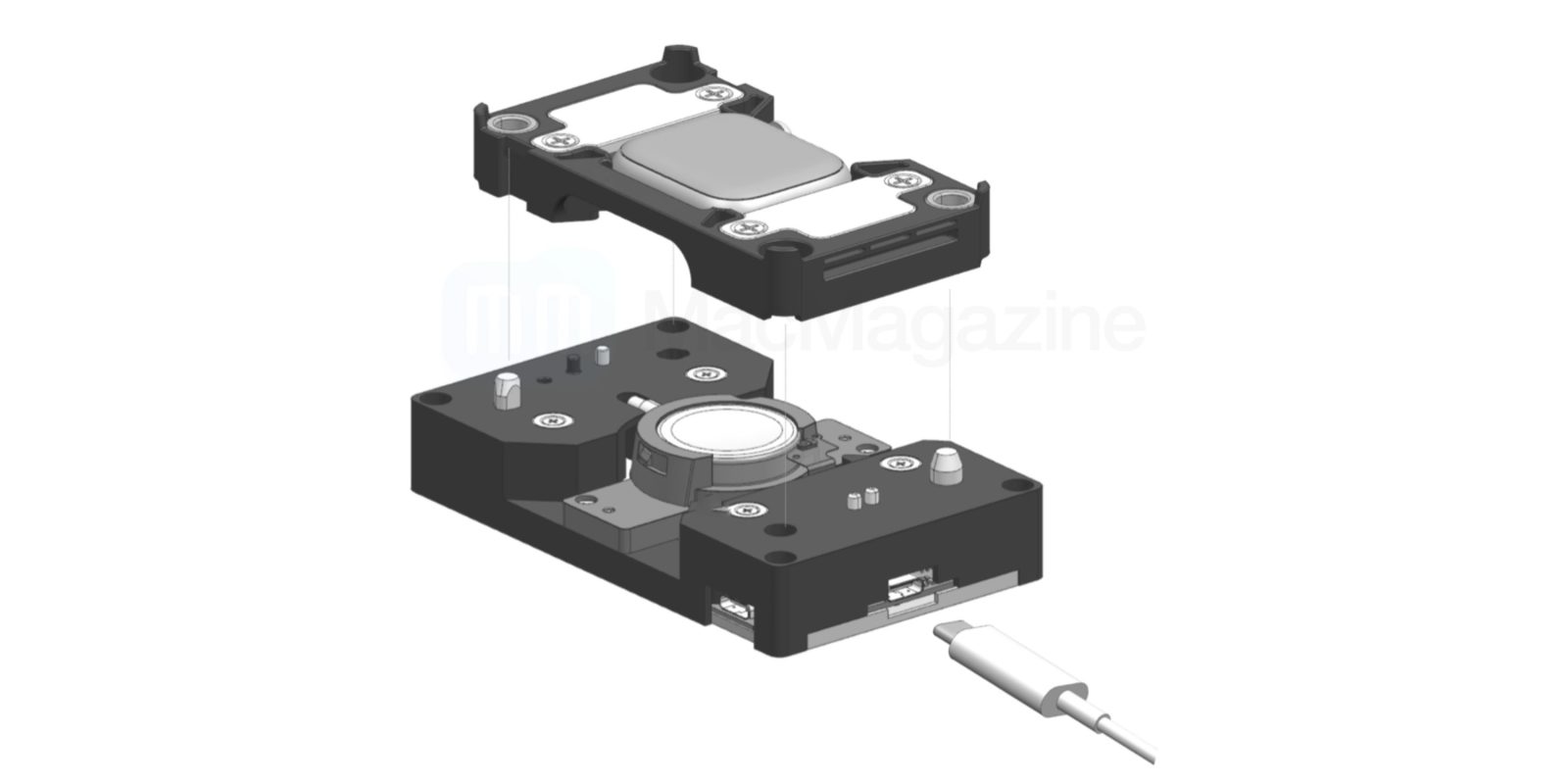 Apple Watch Series 7 has officially arrived and the two sizes are ever so slightly larger with cases measuring 1mm greater than Series 6. There’s also no hidden diagnostic port on the latest wearables. Now we’ve got a look at Apple’s new diagnostic dock for Series 7.

Spotted by MacMagazine (via Google Translate), the images of the Apple Watch Series 7 diagnostic dock appeared in compliance documents filed by Apple with the Brazilian National Telecommunications Agency, Anatel.

The new Apple Watch dock that is used internally by Apple operates at 60.5GHz and is labeled with model A2687. With Apple Watch Series 7 not featuring a physical port/connection, the dock is used for Apple Watch development and likely for service at Apple Stores.

The dock comes in two pieces, the base features the Watch’s magnetic charger and also has a USB-C port, while the top part holds the Watch case and appears to function wirelessly.