Everything to expect from Apple’s October event: M1X MacBook Pro, AirPods 3, and more [U] 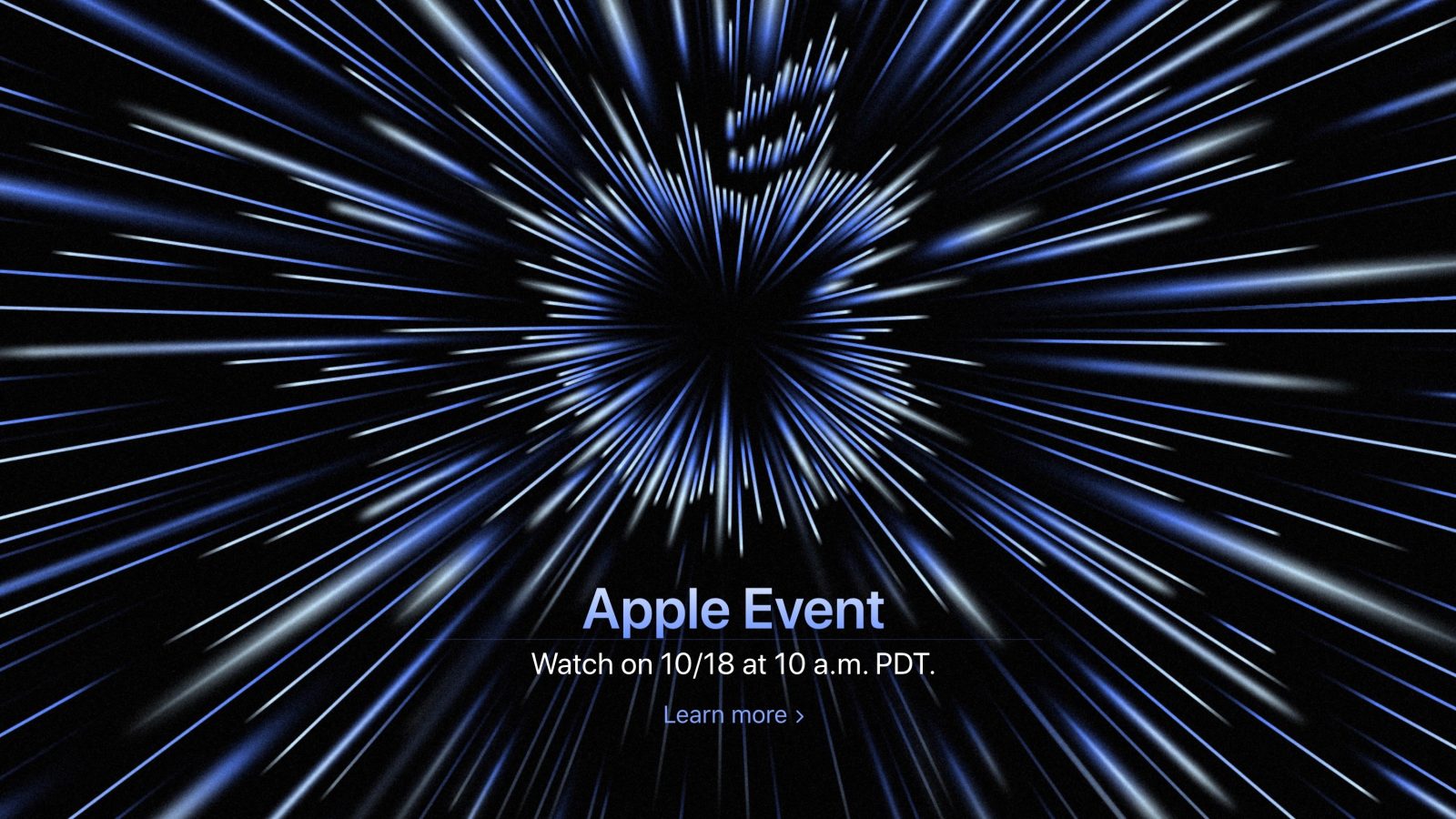 Apple’s September event marked the introduction of the iPhone 13, a new entry-level iPad, and an all-new iPad mini. Apple still has quite a bit more in store for the rest of 2021, and it has officially scheduled an October 18 event to make these announcements.

Head below for our full roundup of what Apple could announce at its October event, including M1X MacBook Pros, AirPods 3, and more.

Update October 17, 2021: We’re less than 24 hours until Apple’s “Unleashed” special event will kick-off, and the last-minute rumor mill is in full force. Most notably, new rumors suggest that the 14-inch and 16-inch MacBook Pros could feature a “notch” of some sort, similar to the iPhone. Nonetheless, the new MacBook Pro models are still not expected to feature Face ID technology.

These rumors should be treated with a significant amount of skepticism for now, as no prominent sources such as Bloomberg or Ming-Chi Kuo have corroborated the claims. Regardless, it is a possibility and something worth watching for during tomorrow’s event.

Apple has officially announced that this year’s October event will be on October 18 at 10 a.m. PT/1 p.m. ET. Like all of Apple’s recent events, this one will be completely virtual due to the ongoing COVID-19 pandemic. Apple is teasing the event with the tagline “Unleashed.”

The October 18 event will be live-streamed across Apple’s website, on the company’s YouTube channel, and via the Apple TV application on iPhone, iPad, Mac, and Apple TV. We’ll have more details on how to watch when event day rolls around.

At Apple’s October event, the headlining announcement we expect is the long-rumored MacBook Pro overhaul. Apple is rumored to be working on new 14-inch and 16-inch MacBook Pro models that are powered by a so-called “M1X” processor.

Bloomberg has reported that the new M1X chip, or whatever it ends up being called, will feature eight high-performance cores and two high-efficiency cores, available in either 16 or 32 graphics core variations. The machine is also expected to support up to 64GB of RAM, compared to the current M1 chip that is limited to 16GB of RAM.

The new MacBook Pros are also rumored to mark the return of multiple connectivity options: MagSafe for charging, HDMI, and SD card. Apple is also expected to ditch the controversial Touch Bar in favor of a traditional row of function keys.

The new 14-inch and 16-inch MacBook Pros are also expected to use new mini-LED display technology. Apple first used mini-LED technology in the 12.9-inch iPad Pro announced earlier this year. For those unfamiliar, mini-LED relies on thousands of really small LEDs in the backlight, which results in higher contrast ratios and deeper blacks, similar to OLED but without the risk of burn-in.

A recent report from Display Supply Chain Consultants analyst Ross Young also indicated that the new MacBook Pros will feature 120Hz refresh rate support for the first time. Young has previously reported a number of details about the display technology for upcoming Apple products, including the exact screen size of the new iPad mini 6.

Finally, the new MacBook Pros are rumored to feature an all-new design with flat edges similar to the iPad Pro and iPhone 13.

The new MacBook Pros are hotly anticipated upgrades and will correct a lot of the things people dislike about the current MacBook Pro generation. This includes the removal of the Touch Bar, the addition of more ports alongside Thunderbolt and USB-C, and improved display quality.

The new MacBook Pros aren’t the only Mac updates that Apple has in the works, according to reports and rumors. Bloomberg has reported that that the new Mac mini will feature specs identical to the M1X MacBook Pro with up to 64GB RAM, 10-core CPU, and 16 or 32 graphics cores.

Meanwhile, leaker Jon Prosser has reported that Apple’s M1X-powered Mac mini will also introduce a new generation of industrial design. The new Mac mini is said to feature a redesigned external chassis with a reflective “plexiglass-like” material on top paired with an aluminum enclosure.

Prosser has also claimed that the new Mac mini will feature additional ports compared to the current M1-powered Mac mini, including four Thunderbolt 3, two USB-A ports, ethernet, and HDMI. The Mac mini might also use the magnetic power connector that Apple first introduced with the 24-inch iMac earlier this year.

So where would this new Mac mini fit in Apple’s lineup? Currently, Apple sells an M1-powered Mac mini as its entry-level option alongside a higher-end model that is still powered by Intel. It is expected that this M1X-powered Mac mini will replace the Intel model and be sold alongside the M1X configuration.

While Apple released iOS 15, iPadOS 15, and watchOS 8 to the public last month, we’re still waiting on the release of macOS Monterey. It’s likely that Apple will officially announce the release date for macOS Monterey alongside its new Macs this fall.

macOS Monterey includes a variety of new features such as an all-new Safari, AirPlay to Mac, SharePlay, and FaceTime improvements, and much more. Learn more in our full guide right here.

AirPods 3 have been rumored for over a year and we finally expect them to be announced sometime this fall. AirPods 3 are expected to feature a design similar to AirPods Pro, with shorter stems and a more rounded ear design, but without replaceable ear tips.

Ming-Chi Kuo believes Apple will continue to sell AirPods 2 alongside AirPods 3, giving you two different options at the low end of the AirPods lineup. This makes for a pretty versatile AirPods lineup in terms of features, form factors, and pricing.

For the full details on what to expect from AirPods 3 this year, check out our detailed guide right here.

What not to expect

The Apple Silicon transition is in full swing, but there are some products Apple is working on that we don’t expect to be announced this year. Namely, this includes a new version of the Mac Pro powered by Apple Silicon as well as a larger-screened iMac with Apple Silicon. We also shouldn’t expect new AirPods Pro, although those could be coming sometime in 2022.

What are you most excited to see from Apple in October? Let us know down in the comments!