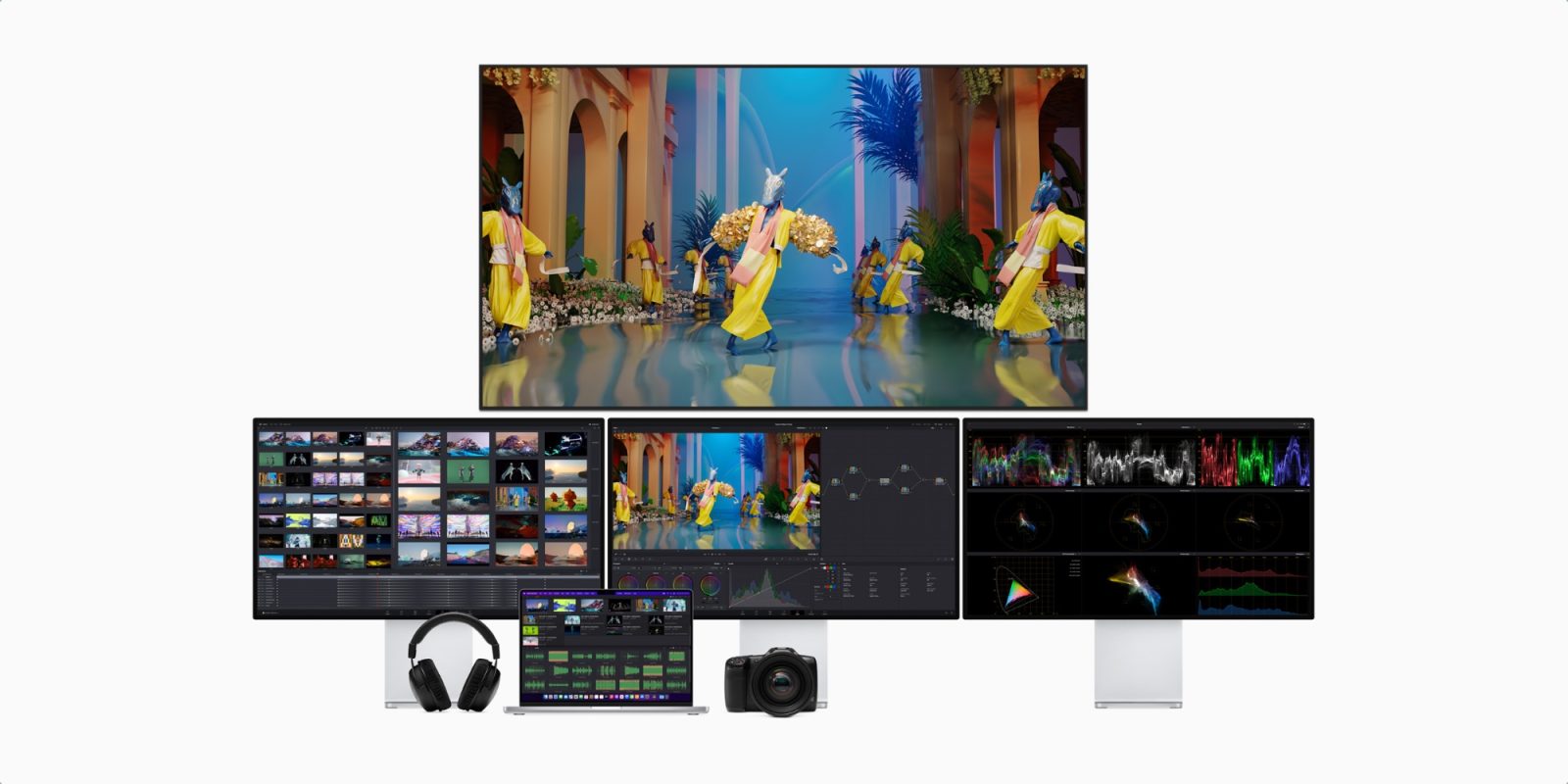 If the new Liquid Retina XDR display with up to 1000 nits sustained, 1600 nits peak brightness, 1 billion colors, and 1,000,000:1 contrast ratio isn’t enough for you in the 14-inch or 16-inch MacBook Pro; there is some good news since these new notebooks support up to four external displays.

According to Apple, the new MacBook Pro features “simultaneous support for full native resolution on the built-in display at 1 billion colors” and:

With that, users can add up to three Pro Display XDR and a 4K TV all running at the same time. This is only one of the many things Apple took advantage of during this event.

The design of the MacBook Pro has also been completely redesigned, now featuring thinner bezels – albeit with a notch housing the webcam. The mini-LED display has more pixels, supports a higher contrast and 1600 nits of peak brightness, and also runs at 120Hz with ProMotion technology. The MacBook Pro now also features an HDMI port, SD card reader, and MagSafe for magnetic charging.

There are a total of three Thunderbolt 4 ports available, and even the headphone jack has been upgraded. MagSafe returns with a higher power throughput, but you are still able to charge through the Thunderbolt ports if you would like.

You can learn more about the power of the new Macs here.