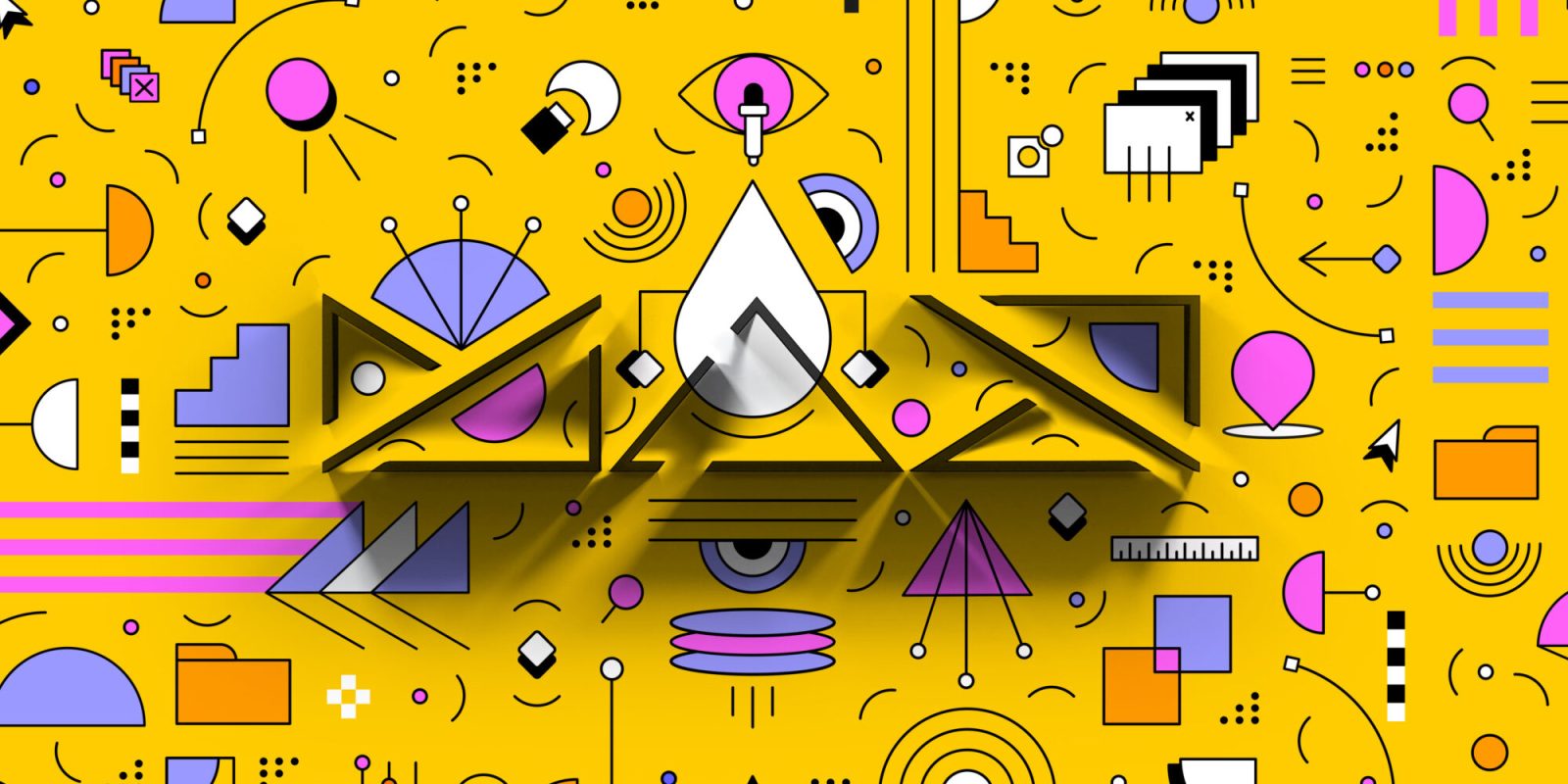 Adobe MAX 2021 kicks off today, and with it Adobe is introducing new features to its Creative Cloud applications for desktop and mobile. Creative Cloud is also expanding to the web and integrates several new sharing features to make design collaboration easier. Below are just a few of the biggest highlights:

Photoshop CC and Photoshop for iPad

Starting things off, Adobe is releasing “a major feature release of Photoshop on the desktop and iPad.” Photoshop for iPad is gaining Camera RAW support and the ability to edit Smart Objects on the go, which I covered in a separate post.

On the desktop, The Object Selection Tool is being improved to allow users to hover over an object and make a selection with a single click. This enhanced selection method utilizes Adobe’s Sensei AI machine learning and should only improve over time. Adobe also claims selections made with the Object Selection Tool “are now more accurate and preserve more details in the edges of the selection.”

Photoshop for desktop also gains a new ability to mask all objects in a photo with a single click. From the Layer menu, users can now create masks for all the subjects detected in an image.

Landscape Mixer allows users to quickly edit scenery by changing the season and/or the time of day. Edits can be made using a selection of presets or a user’s own imagery. Alterations are made on the fly and the results are rather amazing:

Color Transfer is a new Neural Filter that takes the color palette of one image and makes it easy to apply it to a different image. As Adobe puts it, “make this image look like that.”

Harmony is the last new Neural Filter being released with this newest Photoshop update and uses Adobe’s Sensei AI to match the color, tone, hue, and luminosity when compositing two images. For example, taking a photograph of a model from a photoshoot, placing her atop a different background, and synchronizing the “look” between the two images.

The Depth Blur Neural Filter is not not new but is getting updated with a new machine learning technique that applies a more realistic blurred background while keeping the subject in focus to produce a more believable bokeh effect. This results in an image similar to one taken using Apple’s Portrait Mode, though no lidar sensor data is required or used.

One of Photoshop’s “top feature requests” is finally coming with this latest edition as well: the ability to copy vector shapes from Illustrator and paste them into Photoshop while retaining their editable attributes, groups, and layers. According to Adobe, “When Photoshop can’t maintain editability from Illustrator, because Photoshop doesn’t support a feature for example, we try to maintain visual fidelity.” This should be a tremendous time saver for many designers, and one that I am looking forward to using myself.

Quickly share your work for review with clients and colleagues and receive their feedback within Photoshop in the new commenting panel on both the desktop and iPad versions. Your collaborators will receive a link to your document where they can access it on the Creative Cloud web site and leave comments, including adding pins and annotations. That information flows directly to you inside Photoshop so you can see and address the feedback in context.

You can read more about all the new features coming to Photoshop for iPad and desktop in Adobe’s announcement release.

You can learn what’s new for Lightroom for iPhone, iPad, and Mac in a previous post that I covered here.

The biggest enhancement to Illustrator CC is the improvement of 3D effects, which have been reworked with a new interface and introduce new features like applying textures to designs without the need to learn 3D software. It won’t replace true 3D models and texturing, but it’s a welcome improvement nonetheless.

Here’s a look at the new Materials panel:

Illustrator for iPad also gains some new capabilities, starting with Vectorize Technology Preview. Vectorize allows users to convert drawn images into clean vector graphics. Take a photo of a sketch and Illustrator automatically vectorizes the image. Users can also fine tune these results to their liking.

Brushes now allow users to create and apply artistic or calligraphic brush strokes to their designs, making Illustrator for iPad that much more powerful for designers on the go and bringing it a bit closer to feature parity of Illustrator for desktop.

Object blend comes to Illustrator for iPad for the first time and functions like it does in Illustrator for desktop. Also new is the ability to transform objects as shapes without having to manually adjust individual anchor points.

Premiere Pro and After Effects

Simplify Sequence is new to Premiere Pro and – as the name suggests – lets users create a clean, simplified version of their current sequence by removing gaps, unused tracks, user-designated clips, effects, and more without changing the final video.

Speech to Text has also been updated with better transcription of pop culture terminology and improved formatting of dates and numbers, so those using this capability should see better results.

Multi-Frame rendering exits beta and is now available in After Effects. Adobe claims this brings 4x faster performance by taking full advantage of the CPU.

Other new features new to After Effects include Speculative Preview, a new technique that automatically renders compositions in the background when a user’s system is idle, and Composition Profiler. As Adobe puts it, Composition Profiler “highlights the layers and effects in designs that have the biggest impact on processing time and gives users the option to optimize their projects for faster rendering as they iterate.”

M1 Mac users will also be pleased to learn that After Effects Beta is now available for Apple Silicon Macs.

Not much is new for InDesign this year, though it now supports Apple’s M1 processors natively. According to Adobe, this results in a 59% improvement to performance versus Intel Macs.

Opening a graphics-heavy file is now 185% faster and scroll performance on a text-heavy document of 100 pages has improved by 78%, making working and iterating on your designs much faster and more efficient.

InDesign also receives a new Capture Panel which “enables designers to create color themes and vector shapes and find font recommendations directly in InDesign, so that they can collect inspiration from any images within their document.”

The Capture Panel will also make it easier for users to try and match fonts through Adobe Fonts based on raster images within an InDesign document. Perfect for those times when a client sends you a photo of their business card and wants you to match their company font!

Adobe is launching new betas of Illustrator and Photoshop that work directly within a web browser to make collaborating on design easier than ever. While they lack the full features of their desktop counterparts, users will be able to make basic edits without the need to download and install the full applications. Comments can also be posted to files (“Make the logo bigger!”) as a means to share feedback, etc. Any edits and comments made to a file are then reflected in Photoshop and Illustrator for desktop and iPad. A spokesperson for Adobe confirmed in an email that a Creative Cloud subscription is not required to use Photoshop or Illustrator for the web.

Two years ago, we launched the Content Authenticity Initiative (CAI) to combat visual misinformation and protect creators through digital provenance. We set out to create accessible features, open technical standards, and a solid foundation for organizations across industries to use in a global effort toward a more trustworthy digital landscape.

Today, we’re excited to introduce the next step in this journey: Content Credentials, Adobe’s new way to provide and assess digital content provenance and attribution.

Adobe is stepping up its efforts to combat misinformation by allowing users to include personally identifiable information and edits made to an image as metadata within their documents. This metadata can then be included within their exported files and “verified” at the Content Credentials website, where anyone can see who originated the image and what changes were applied.

So, if your eccentric uncle shares a photo of aliens landing at the pyramids, you can check the image against the Content Credentials database and see that it’s not true and was instead created by Thomas A. Anderson with Adobe Stock imagery using Photoshop. That’s assuming Anderson chose to include his metadata. Content Credentials is opt-in, so those “bad actors” perpetrating fake graphics will most likely never use this feature.

Updates to the Creative Cloud applications are expected to begin rolling out starting today.

I covered some of the biggest announcements and changes, but you can learn more about everything announced at Adobe MAX here. What new features are you most excited about? Let us know in the comments below!